‘Batman Begins’ playing at the Panida

There have been a lot of great movies in the Batman franchise. There have also been some real doozies. Batman Begins, released in 2005 and directed by Christopher Nolan, succeeded in bringing the film series back from the brink of disaster after Batman Forever (1995) and Batman & Robin (1997) received poor critical response for the ham-handed storylines and poor casting choices evident in both films. 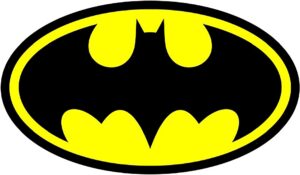 Batman Begins aimed for a darker, more realistic tone to the previous films and Nolan knocked it out of the park. Fifteen years later, it’s landing a revival screening at the Panida theater on Friday, July 3 at 8 p.m. Tickets are $6 each and this will show one night only.

Christian Bale’s Bruce Wayne gave the character more depth and pathos than actors who portrayed Wayne in previous films. Michael Caine playing Wayne’s butler and foster father, Alfred, was the perfect choice, as Caine’s gravitas and playful humor rounded out the character into someone we’d all want as our trusted advisor and friend.

In Begins, Liam Neeson’s casting as Henri Ducard/Ra’s al Ghul, the leader of the ancient society the League of Shadows, was an excellent move. Neeson’s character is one of the most complex and successful of Batman’s villains, as his motivations aren’t so obtuse as previous villains, but steeped in the idea that he was not so much bent on revenge, but on healing the world (albeit while using draconian means to do so).

The plot follows billionaire playboy Wayne as he relocates to Asia after his parents are killed. There, he is mentored by Henri Ducard/Ra’s al Ghul on how to fight evil. After learning of a plan to wipe out evil in Gotham City by Ducard/al Ghul, Wayne prevents this plan from getting any further and heads back home, doing what Batman does best: striking fear in the hearts of would-be Gotham criminals.

In 2005, when Batman Begins was released, there weren’t a lot of films utilizing the origins angle of comic book characters. The result is a pristine film where we understand exactly what drives these characters, turning them from two-dimensional archetypes to flesh-and-blood humans driven by complex emotions.

If not for the incredible cast and story in The Dark Knight, Batman Begins would easily be the best of all the many attempts to bring Batman to the silver screen. As it stands, Begins occupies a close second place to Heath Ledger’s powerhouse portrayal of The Joker, for which he received more than 20 awards for actor, including an Oscar for Best Supporting Actor, that he received posthumously.