Pushing for a solution to selenium in regional waters

What’s the first thing that comes to mind when you think of Fernie, British Columbia? Perhaps skiing those amazing steep, deep powder runs? Or is it hiking or relaxing at crystalline alpine lakes… or maybe shopping and dining on delicious international fare in a quaint mountain town? All of these ideas stack up as a lovely vacation destination just a few hours drive to our north, and one that also draws adventurers from further afield. 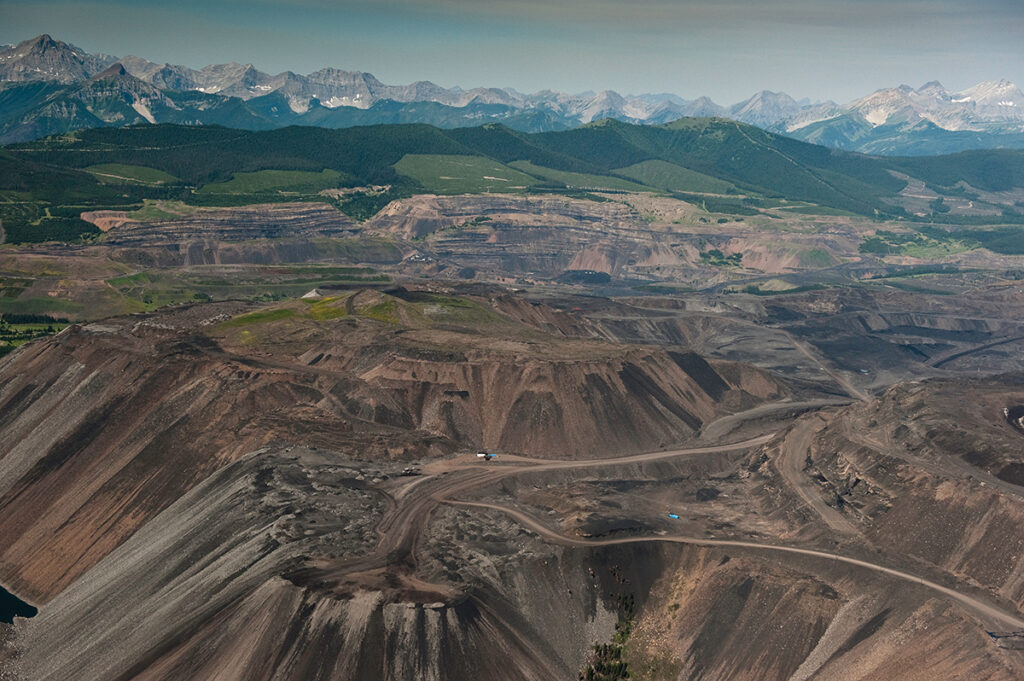 But hidden just beyond the beauty strip in those rugged Rocky Mountains is British Columbia’s dirty little secret — or rather, huge catastrophe.

Just up the valley from Fernie, enormous mountaintop removal coal mines are generating pollution that flows down the Elk River, into Lake Koocanusa and ultimately into the Kootenai River in Montana and Idaho. The B.C. provincial and Canadian federal governments refuse to take action while the mines continue to pollute the waters of their U.S. neighbors and the Ktunaxa people. Unless adequate wastewater treatment facilities are installed and operate effectively, this pollution flowing from the Elk River Valley will continue for centuries.

Selenium and other contaminants leaching from the B.C. coal mines endanger fish and drinking water in both Canada and the U.S. Selenium becomes toxic at high concentrations, causing reproductive and growth problems for fish and other living beings. It affects certain fish species more than others, and the endangered Kootenai River white sturgeon is highly susceptible to selenium poisoning.

These fish are some of the largest in North America and have been around since the time of the dinosaurs. The Kootenai Tribe of Idaho is undertaking extraordinary efforts to revive this unique population of sturgeon, as well as the burbot fishery, but selenium pollution threatens to undermine their efforts. It would be a shame if these fish perished on our watch.

Under the Boundary Waters Treaty of 1909, which established the framework that neither Canada nor the U.S. can pollute the waters of the other, an international joint commission (IJC) was created to resolve transboundary water quality disputes. The group is composed of three U.S. and three Canadian commissioners. Upon referrals from the U.S. Department of State and Global Affairs Canada, these commissioners convene to resolve such disputes.

Despite a recent referral from the U.S. Department of State, along with requests from the Biden-Harris administration, the Environmental Protection Agency, and Tribes and First Nations on both sides of the border, Global Affairs Canada has stonewalled the IJC from convening. They are stalling due to resistance from the Province of British Columbia under the leadership of B.C. Premier John Horgan. It’s very likely that Premier Horgan’s reticence is due to the fact that the mines are an economic driver for the province, and Horgan places a higher value on economics than on public health, the environment, Indigenous nations or international relations.

Even the mining company, Teck Resources, despite plans to expand their Fording River mine and extend those operations for decades, seems open to a referral to the IJC. Their website espouses their environmental sustainability ethic and commitment to Indigenous peoples.

So, along with our partners from Montana, Idaho and British Columbia, the Idaho Conservation League wrote to Teck Resources asking them to support the IJC referral, the establishment of an Indigenous-led watershed board and to table their Fording River mine expansion plans until the dispute is settled. Although their response was vague, it did not decline to support any of the requests.

While the current government and regulatory framework have done nothing to prevent the unfolding environmental crisis, hope is in the air. The political landscape in British Columbia is set to shift this winter — Premier John Horgan is stepping down and the candidates running to replace him are both considered to be friends of the environment. Either David Eby or Anjali Appadurai will be elected as the new premier of British Columbia on Dec. 3, and only then will we know for sure if the stonewalling will stop.

The new premier will have the opportunity to begin repairing relationships with First Nations and Tribes; with their allies in Montana and Idaho; and to begin to heal the lands, waters and fisheries that are suffering. They can do this by simply joining the other parties in asking the Canadian federal government to agree to the IJC referral. Once this pollution is stopped at its source, we can better enjoy the mountains around Fernie knowing that clean water flows through and from the region, and we can breathe easier knowing that the B.C. government is acting in our shared best interest.