Members of the Panida board hosted a virtual meeting Feb. 17 to discuss recent changes in leadership, as well as upcoming repair projects to the community theater.

Board Chair Lenny Hess submitted his resignation Feb. 6, bringing the number of board members down to six, after Carol Thomas resigned in late 2019 and Kevin Smith stepped down in January. 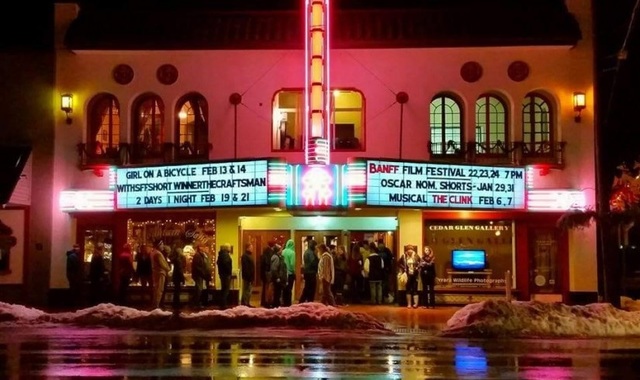 “On Feb. 6, 2021 I made the difficult decision to resign as chairman of the Panida board of directors,” Hess told the Reader in an email. “I hope to continue supporting the theater in other ways in the future. I wish all the best to the staff and the board.”

Vice-Chair Keely Gray took over duties as interim chair until she was voted in unanimously to complete Hess’ term at the meeting.

“I think [Keely is] an ideal choice, and we will all benefit from your leadership,” said member of the board Ron Ragone.

One of the “Panida moms,” who pulled together to save the theater from ruin in the 1990s, Susan Bates-Harbuck gave a short update on a project she has taken on to return commemorative Panida bricks to donors that expressed interest in obtaining them.

“We started out with 400 bricks, and due to some hard work, we’re now down to 135 bricks,” she said. “All the rest have been picked up or delivered to people that wanted them. I know of at least $350 donated, so it has been a very worthwhile project.”

Panida Executive Director Patricia Walker shared information with the board about potential renters interested in the Little Panida Theater, an update on switching ticketing system processors and upcoming events that are interested in renting the Panida.

She reminded everyone that the Banff Mountain Film Festival — which had gone virtual this year due to COVID-19 — will be offering downloads to watch films at home until Oct. 24.

“Michael Boge is donating all the proceeds of the Sandpoint viewing if they go through mountainfever.us and pick Sandpoint,” Walker said.

Boge, who serves as the longtime host for Banff Mountain Film Festival in Sandpoint, told the Reader in an email that the festival had sold 297 tickets thus far, which includes all three cities that he hosts: Coeur d’Alene, Sandpoint and Sun Valley. Boge said the bulk of sales came from Sun Valley, which had promoted consistently, and Sandpoint.

“Out of the 142 hosts listed, we have sold the 12th amount of tickets for online, so I am pleased with that,” Boge said. “Bottom line, last year we sold close to 4,000 tickets and this year with a pretty hard push on our end we have sold 297. Not stellar numbers but still worth it as it is better than nothing.”

Boge said the online experience is “fine … but the reality is it just proves to me that people come out to view the films as it is a community event and not just movies. That has been so much of the appeal to me from the very beginning with the Banff Mountain Film Festival.”

Walker also updated the board on the upcoming marquee restoration project. According to Walker, the Panida has received two bids for the repair, with the recommendation to replace all the neon at one time instead of piecemealing it together.

“The idea is that the new neon would look so much different than old neon if we don’t do it all at once,” she said.

Walker also clarified that the bids are not discussing taking out the neon, but rather replacing the parts that are broken.

“Some units are so old they can’t be repaired or replaced,” she said. “We’re looking at the area behind the letters, the white neon, for better visibility to replace that with LED and retrofit behind there. None of the neon that is showing would be made LED, only the ones behind that people don’t see.”

Gray discussed streamlining the board application process applications and orientation to make it “as painless as possible” for both existing and future board members to get up to speed with board functions.

Walker informed the board that several organizations were interested in booking the Panida in the coming months for various shows, including school functions, live comedy and a concert. The board agreed to continue limiting capacity to 150 people and requiring masks while inside the building, with some expressing hope that with vaccine numbers rising and COVID-19 cases declining, they’ll see a return to more robust in-person attendance in the spring and summer.