In with the new, out with ‘The Office’

Well, it’s official. The year of curveball after curveball, of perpetually adapting to the unknown, and during which the unprecedented steadily became precedent, is coming to a close. If anything, 2020 will leave an imprint on our spirits, reminding us that resilience is something we call upon when we need it, even if we weren’t really sure it was there before we called. And by letting in this new year, and allowing it to hold weight, we’re collectively deciding that 2021 will be a year for hope. It will be 365 new days to reclaim normalcy and to reset our behaviours, but from a foundation of gratitude, rather than expectation. 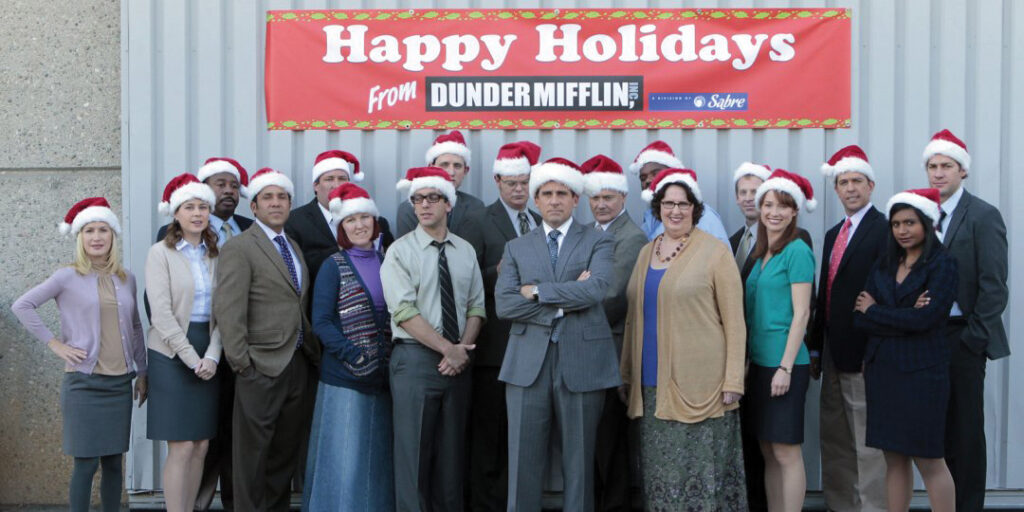 Courtesy image from The Office.

Before we put 2020 to rest, however, we’d be remiss not to take a moment to reflect on what we’re leaving behind. It was a time for fear to demonstrate its uncanny ability to disrupt our routines, and for society to designate what and who are truly essential. It was a year when neighbors and friends were finally the heroes being recognized, and when the simplest of human contact became the most valuable thing of all. It was a year with space to stand up and fight for the things we should have been marching for all along, and a time to stop and assess the systems in which we’ve all been inundated. It was a year for science to inspire us, for nature to humble us, and for learning and relearning what it really means to be human.

This year has been a perpetually swinging pendulum, with periods during which I felt like I was thriving in my condensed form of existence, and stretches where I felt suffocated by the weight of the world around me. It was a time for the growth and grounding I didn’t know I needed, and also a year where clinging to creature comforts felt like survival at times. I read more books, played more music and created more art than in years past, but also, watched more Netflix, scrolled more social media and consumed more news than ever before.

In heading into the new year, I’m hoping to take the pieces of myself to which I reconnected, and leave behind the bandaids for social interaction and human connection I’d hastily plastered on.

Supporting this endeavor, in a comically poetic transition away from 2020 and into 2021, is my regular pandemic companion and one of my biggest creature comfort go-tos The Office getting taken off Netflix on Jan. 1 — ripping off my Band Aid and hurtling me into a new era.

But before I say goodbye to The Office and the other less-desirable behaviors I picked up over the course of 2020, I can’t help but pause and wonder, “What would Michael Scott do?” And really, “What would the entire Office do in the face of the year 2020?”

My first thought is, of course, of Michael. The fearless office leader and proud branch manager would undoubtedly get caught up in some sort of antiviral vitamin business pyramid scheme, and heartily answer all Zoom calls with a rotating lineup of backdrops, like outer space and the desert.

Dwight would insist upon showing up to work, but only donning a full hazmat suit he extracted from his ready-made pandemic bunker. He’d surely be convinced by Jim that he was hand-selected by the U.S. government to lead a COVID-19 task force, and leave his precious beet farm behind in the capable hands of Mose. Kevin wouldn’t be able to figure out the hand-knitted mask, made for him by Phyllis, and Ryan would be fully immersed in relaunching his media conglomerate, WOOF.

Angela would be living her best life working from home, surrounded by her cats; Stanley would have relocated to Florida, remotely tuning in from his beach-front villa; and Creed would fade away into the distance, never to be seen again.

Whether your 2020 was more Ryan than Dwight, or more Creed than Kevin, I hope you ease into 2021 with as much love, laughter and shining hope as Jim and Pam’s wedding. I’ll leave you with a “Happy Holidays,” and (in my best Michael Scott voice), “See you next year.”