Could the Bible be used to enhance your child’s science education? It’s a possibility, if a bill introduced by District 7 Sen. Sheryl Nuxoll, R-Cottonwood, passes legislative consideration.

Idaho Ed News reports that members of the Senate Education Committee approved Nuxoll’s bill to authorize the Bible as an educational tool. While teachers can already teach from the Bible when it’s appropriate to the lesson at hand, Nuxoll said her bill would provide express permission for its use in “literature, comparative religion, English and foreign languages, United States and world history, comparative government, law, philosophy, ethics, astronomy, biology, geology, world geography, archaeology, music, sociology and other topics of study.” 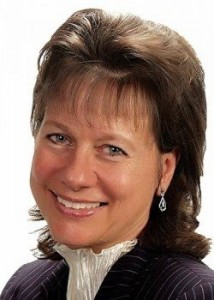 “A lot of teachers are scared to use the Bible,” Nuxoll said.

When committee Democrat Janie Ward-Engelking questioned whether the law would open the door for similar laws covering other religious texts, Nuxoll said the Bible deserved special consideration because it is “embedded” in American history and culture.

This isn’t the first time Nuxoll has made headlines over religious issues. Last March, she stirred controversy when she called Hinduism a “false faith with false gods.”

“I think it’s great that Hindu people can practice their religion but since we’re the Senate, we’re setting an example of what we, Idaho, believe,” she said.

The comments came after Nuxoll protested a Hindu cleric being allowed to open a legislative session with an invocation. Despite calls from around the country for an apology, Nuxoll stuck by her words.