A group of concerned Selle Valley residents have filed a petition challenging an FCC licensing application from private aerospace manufacturer and space transportation company SpaceX, which would allow the permanent operation of a gateway earth station housing satellites to support the company’s space-based internet service, Starlink, on Colburn Culver Road. 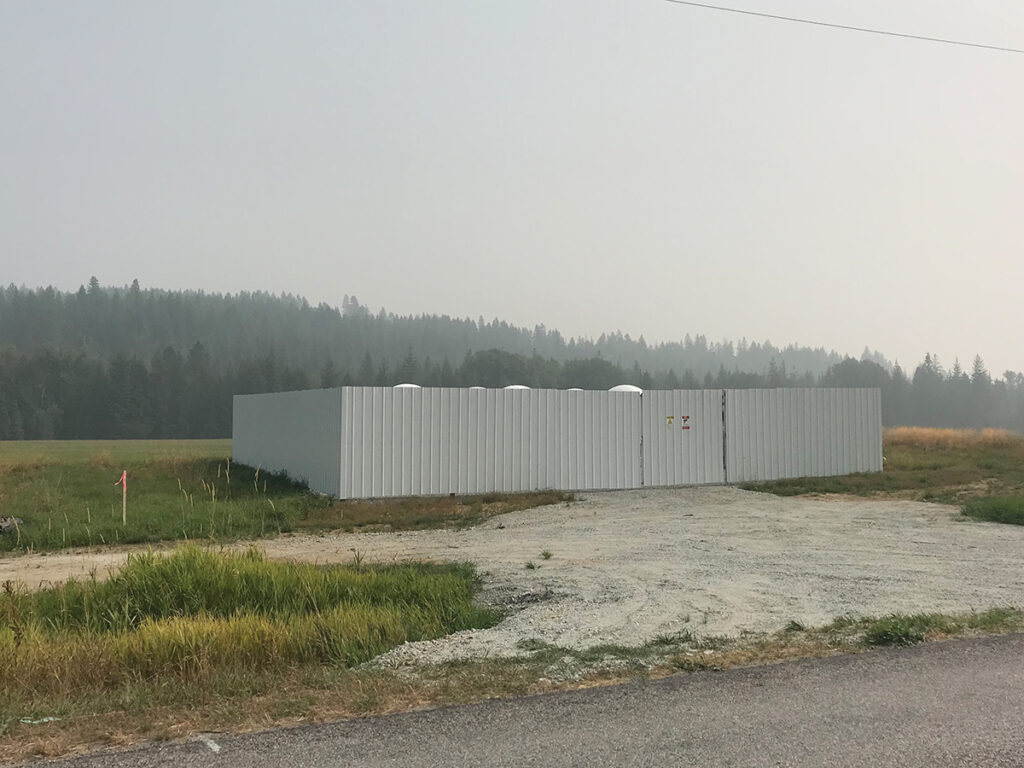 The group, which calls itself Save Selle Valley, first filed a petition against SpaceX’s application for temporary operating authority. That temporary license expired Sept. 28, before the FCC could rule on the group’s petition.

The new application from SpaceX, filed Sept. 30, seeks permanent authority to operate it’s satellite facility on Colburn Culver Road, located just a short distance from the Highway 200 intersection. Save Selle Valley alleges in it’s petition against the new application that SpaceX has been inaccurate in its analysis of the surrounding community, and that when all facts are considered, the facility’s current location is inappropriate.

The petition’s main points include a failure to accurately measure population in the area, to recognize the existence of major highways nearby, as well as to log the regular passage of an Amtrak passenger train through the immediate area.

“All of this, and the associated potential health and environmental effects prompted by the site’s location, warrant a detailed environmental review under the National Environmental Policy Act (NEPA), which the applicant has failed to conduct,” Norm Semanko, an attorney representing Save Selle Valley, told the Sandpoint Reader in an Oct. 28 email.

“Quoting Benjamin Franklin, ‘A place for everything, everything in its place.’ Colburn is not the appropriate place for an Earth Station,” Semanko continued. “SpaceX needs to look for another location that complies with the FCC rules. It is as simple as that.”

Semanko said SpaceX will have a chance to respond to the petition before the FCC issues its decision, and that without authorization, “the project will need to be shut down and/or moved to a location that complies with the FCC rules.”

Representatives from SpaceX did not respond to requests from the Reader for comment before press time.

If Save Selle Valley’s petitions to the FCC are one facet of the group’s active opposition to the facility, the other is happening at the county level. The group filed an appeal against the building location permit — which Bonner County Planning and Zoning issued July 10 — on the grounds that it inaccurately defined the earth station satellites as solar fixtures, rather than communication towers, because they are fixed to the ground.

Had the SpaceX equipment been categorized as communication devices, county code dictates that the site be subject to analysis under Title 12, requiring a conditional use permit, public hearing and formal review against the comprehensive plan. Because the county opted to define the structures as a “solar array” under Title 11, the project required only a BLP.

The members of Save Selle Valley allege that defining the SpaceX site under Title 11 ignores the possible health and environmental threats posed by such a facility, and also disregards the comprehensive plan that the Selle-Samuels Sub-Area Planning Committee has been working on for more than three years, which emphasizes the community’s desire to keep the area largely rural.

At an appeal hearing Aug. 14, the board of Bonner County commissioners voted to uphold the BLP. Save Selle Valley filed a request for reconsideration with the BOCC in late August, and commissioners had until Oct. 27 to respond. The request went unanswered, and appellants have 28 days as of that Oct. 27 deadline to file an appeal in state court.