A mayoral proclamation welcoming refugees in Sandpoint will be among Mayor Carrie Logan’s last actions in office. 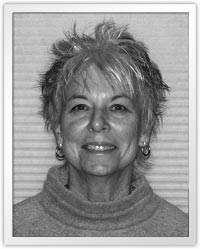 According to Logan, the proclamation will occur at the beginning of the Jan. 6 council meeting. Afterward, councilman and mayor elect Shelby Rognstad will be sworn in as Sandpoint mayor, and the council will vote on a resolution similar in content to Logan’s proclamation.

“[Rognstad] is using my draft for the resolution, so they are the same,” Logan said.

The text of the resolution reinforces Sandpoint’s longstanding public commitment to human rights and non-discrimination. It then observes that fear and paranoia has risen since the terror attacks in Paris and San Bernardino, with some responses containing historically racist or xenophobic characteristics.

The resolution then concludes by reinforcing Sandpoint’s commitment to tolerance, non-discrimination and diversity and welcoming any properly-screened refugees into the city.

“…Although well-intentioned, discussions of banning groups of people due to their religion is counter to the Constitution and the historical practices of this country,” the resolution states.