The folks at Sandpoint company Tamarack Aerospace unwrapped a particularly great Christmas present last Wednesday with the certification of its winglet technology in Europe. 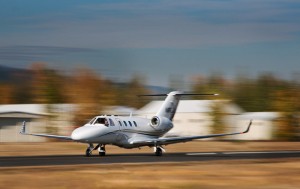 A moment long-awaited by Tamarack officials, the certification by the European Aviation Safety Administration will allow Tamarack to sell and install its innovative active winglet technology on any European-certified Cessna CitationJet 525 aircraft. According to Tamarack Chief Operating Officer Brian Cox, reciprocity agreements between the EASA and the Federal Aviation Administration means their technology will likely also be certified for sale in the U.S. within three to six months.

That’s exciting news for a company that has worked toward certification for the past several years. It will allow Tamarack to start earning revenue and work toward a potential that has excited local economic development experts.

“We already have 18 orders on the books,” said Cox. “That’s really impressive considering we haven’t been actively selling and marketing these.”

Indeed, the certification should have immediate effects on Tamarack’s workforce. Cox said company officials plan to add three to five jobs in the production side of the company as well as three or four new positions in engineering. 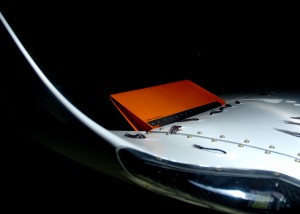 In the above close-up of an Active Winglet (orange), you can see what sets them apart from the traditional Passive Winglet, which is what every other winglet in the world is. By moving up and down, the TACS (Tamarack Active Camber Surface) relieves (dumps) wing load when required (by turbulence for example), thus negating any need for hundreds (or in the case of the Boeing 767, thousands) of pounds of wing strengthening structure needed for Passive Winglets.

More high-paying local jobs is always exciting, but Tamarack has more than just locals buzzing about the possibilities. Company officials believe their signature technology, the ATLAS active winglet, has the potential to transform the aviation industry.

Winglets are nothing new to airplanes. Traditional passive winglets reduce drag and improve the efficiency of airplane wings, which in turn reduce fuel costs by a usual 3 to 4 percent. However, this increased the bending load in the wing, which the ATLAS active winglet is able to minimize. The bottom line is that Tamarack’s technology can improve aircraft fuel efficiency by an unheard-of 10 to 15 percent, Cox said.

“The real reality for our product is what this can do for the future of aviation,” he added.

Considering the enormous costs of airplane fuel, 10 to 15-percent savings is an enticing prospect for any company or private owner. What’s more, widespread adoption of active winglets could save billions of pounds in greenhouse gas emissions.