Living in 7B, you can look in virtually any cardinal direction and spot a ponderosa pine. They are massive trees with thick trunks that can stand nearly 300 feet tall. The oldest and largest of these trees have branches so high you can’t reach them with your two tallest ladders stacked on top of each other.

Ponderosa pines (Pinus ponderosa), sometimes called bull pine, ponderosa white pine, yellow pine and a host of other names, can be found across most of the Western United States. They are especially clustered throughout the Rocky Mountains and the Pacific Coast. These trees are perfectly suited to their environment, with a taproot that may plunge up to two-thirds of the height of the entire tree below the surface of the soil. This makes ponderosa pines extremely drought resistant, as they can capture water far below the surface to outcompete neighboring flora. 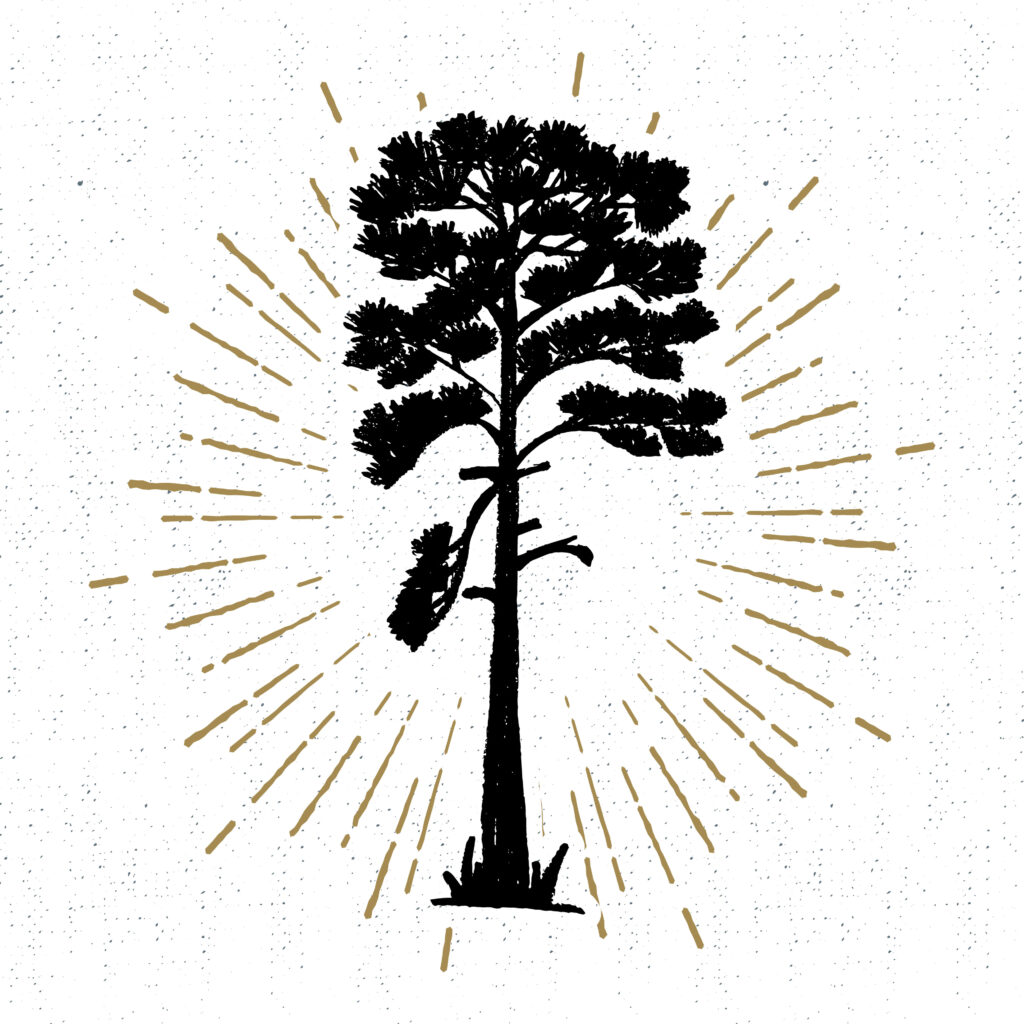 Forest fires are devastating events capable of wiping out entire swaths of forest — calamitous events that we’re seeing happen more frequently thanks to our changing climate. Many ponderosas have adapted to not only survive forest fires, but use them to their advantage when reproducing. The tall, bald trunk of the tree is very much intentional, as the tree sheds older branches over time to keep its precious needles from catching alight during wildfires. It also has thick, layered bark designed to protect its core during intense heat.

Unfortunately, this doesn’t mean the tree is impervious to fire. It has developed to survive a fire every five to 10 years, but forests have struggled as the climate has changed and fires have become more frequent. The combo of being structurally weakened by fire one year, then suffering an intense drought the next several years means the trees don’t have access to the resources they need to reverse the damage done to them by the initial blaze, leading to dying trees and a greater number of snags.

Generally, ponderosa pines are wind resistant due to their staggeringly huge taproots acting as anchors, but as we’ve seen in recent years they are not impervious. In particular, the tops of the trees with the freshest growth are the most vulnerable to snapping away. Sometimes, the trees will be able to overcome losing their crown, though it will sometimes lead to unusual growth patterns such as a C-shaped portion of the trunk, or even splitting into two new crowns growing alongside one another.

If you’ve ever taken a road trip around the American West, you’ve likely seen ponderosa pines everywhere. Montana, Northern California, Oregon, and even Nevada and Utah all serve as diverse homes for this species of tree. What you might not realize is that these are often unique subspecies of ponderosa pines that have adapted differently to survive and thrive in their respective climates. Many of the adaptations displayed by these subspecies are fairly minor, such as different needle lengths or the amount of needles in a cluster. Driving by, they’d all look like the same tree. One of the most noticeable differences is the color of the cone. The Columbia ponderosa pine, which blankets the lovely green mountains of Bonner County, has a green and reddish-brown to dark purple cone, which darkens to a deep chocolate brown once it has fallen and opened. The Pacific ponderosa pine, found throughout Northern and central California, produces a green to yellow cone with no traces of red or purple.

If you’re wondering why these very similar and related trees produce different cone colors, your guess is as good as mine. It likely has something to do with genetics, and those colors being more appealing to birds and rodents that feast on the seeds and spread them accidentally as they transport them to store for later.

You might notice that the area directly below pine trees is often barren and riddled with dead brown needles. You’ve probably heard from others, myself included, that pine needles make the soil more acidic. Apparently that is incorrect and many seasoned gardeners have likely gotten a good laugh at me over the years. That’s fair!

A number of factors play into why vegetation doesn’t often grow beneath pine trees. Ponderosas in particular not only send down huge tap roots, but create massive root networks all around the base of the tree that may stretch farther than even the longest branch. These roots eagerly suck up all the water they can, which dries up the surface soil and hampers competition. Additionally, they will often create a large amount of shade for several feet around their base for a modest portion of the day, which further hampers pesky competitors from trying to muscle into their territory.