‘A friendly place to do business’

The Chevron station on the corner of Main Street and Highway 200 in Clark Fork has existed in that spot “since Clark Fork started selling gas,” estimates lifetime local George Thornton. By all accounts, the business — through all its owners and iterations — is approaching a century serving the town. Nearly 60 of those were spent with another lifetime local, Bob Hays, at the helm. 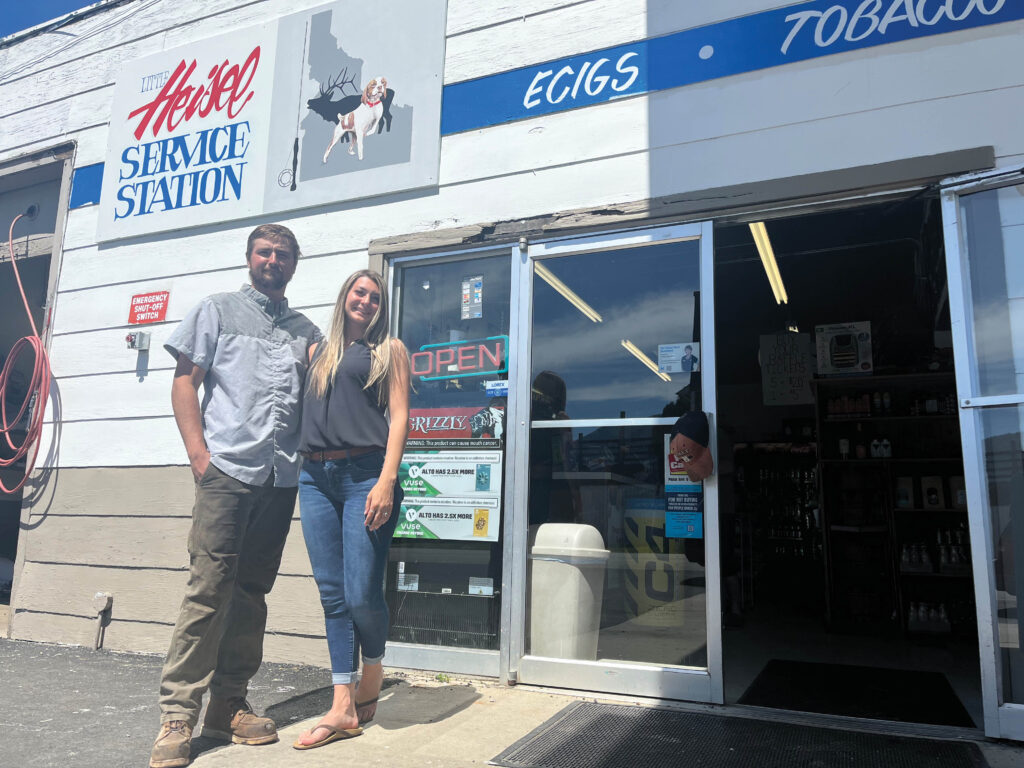 “It went pretty good,” Hays told the Reader, his customary humble tone carrying through the phone line over the sound of the train passing by his Clark Fork home.

Hays — known affectionately as “Haysie” to everyone around town — bought the Chevron station from Thornton’s father in the early ’60s. He spent the next 59 years greeting people at the pumps and helping locals and visitors alike who needed air in their tires, various mechanical repairs or simply a hand up during a hard time.

“I met a lot of people, and generations of kids went through there,” he said. “I gave lots of bubblegum and suckers out to them. Their mothers sometimes would give me heck for their dentist bills.”

Hays has often been recognized for his volunteerism and financial support for the Clark Fork school and other local organizations, but is quick to give all the credit to the town he has always called home.

“We had ups and downs of course, like everybody,” Hays said of his time in business, adding: “It was like a big family for a long time there. We made our own fun.”

After nearly six decades as Hays Chevron, the business is entering a new era in 2022 as Little Heisel Service Station under new owners Jensen Heisel and Alex Brown. They’ve made their presence known over the past couple of months, as the blue-and-white pillar of Clark Fork boasts fresh paint and a new blacktop.

It was Thornton who encouraged Heisel and Brown — both 24 years old — to buy the Chevron from Hays, who knew that if he ever sold, he’d want the new owner to be a local. Both Heisel and Brown were born and raised in Bonner County, with Heisel having grown up in Clark Fork.

“Who better to do it than a local boy who has the talent to do it and takes the initiative to step up?” Thornton told the Reader. “They’ve got ties to the town. Jensen seems like he wants to stay around here, and he’s got all the essentials to run that station.”

Heisel’s background in mechanic work and Brown’s experience in customer service, combined with support from their families, made the decision easy.

“It felt like a gift, more than anything,” Brown said. “We would have never thought to go talk to Bob.”

Aside from the paint and pavement, the pair has been working hard to give the business — which offers fuel, convenience store staples and basic automotive repair services — a refresh, while still incorporating nods to the station’s history, like getting all of the photos hanging on the walls professionally restored and framed.

More than anything, Heisel and Brown aim to remain true to the legacy of community support that Hays established.

It’s a lot of work, and no one knows that better than Hays.

“They’re both full of energy,” he said of Heisel and Brown, “and that’s what it takes.”

That youthful energy has already come in handy, as the pair joins the short list of people who have owned the Clark Fork Chevron.

“I never thought that we’d be stepping into the roles that we have stepped into. It’s nerve-wracking, but you’ve got to take it one day at a time,” Brown said, adding later: “We just want to do what we can to help anybody.”

That philosophy and energy was on full display just before Heisel and Brown sat down to talk to the Reader. With the sun shining and temps finally reaching into the 80s, Clark Fork came alive on a recent Monday afternoon, with vehicles flowing in and out of the Little Heisel Service Station parking lot and a steady stream of customers lining up at the counter. The new owners wrote receipts, fielded questions and scheduled ice and oil orders.

The air buzzed with the pleasantries of small-town commerce — “thanks so much,” “no problem at all,” “say hi to your folks for me” — and then, once the rush settled, they took a seat at the Chevron’s best window to tell the Reader what people should know about their new place at the head of one of the community’s oldest businesses.

“There’s going to be some changes,” Heisel continued.

“Change is good,” Brown chimed in.

“And we sell cold beer,” Heisel added, with a smile.