When someone thinks about a complicated mechanical device, one will generally envision a clock. Anyone who has ever peered into the guts of a mechanical timekeeper knows that it is stuffed to the brim with weights, gears and springs in a very precise layout. It’s true that clocks are pretty complicated — at least if you’re trying to build one yourself with no prior knowledge, but that can be said of just about any mechanical device. Trying to build a car engine, or even something as small as a mouse trap, is no simple feat.

However, the idea behind the clock’s function is remarkably simple; and, even with all of the math and technology involved, it remains a fairly simple thing to explain.

Let’s begin with pendulum clocks. A bit of a rarity in the digital age, pendulum clocks don’t frequently circulate anymore because of the difficulty in assembling them now that digital clocks and our phones have taken the role of timekeepers. But make no mistake, they are still around. 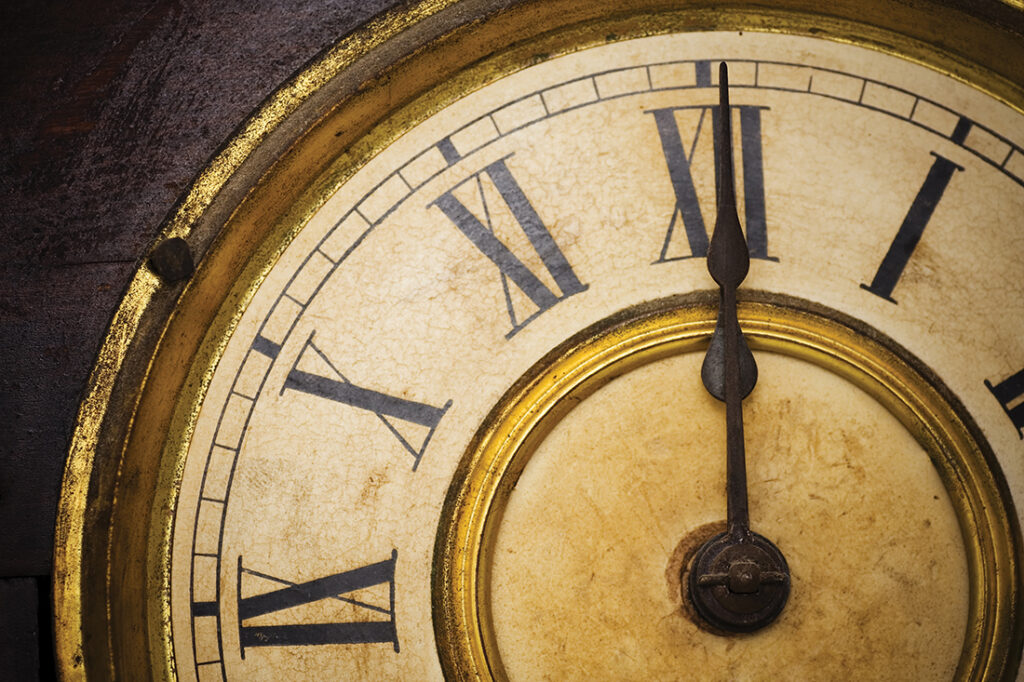 Most grandfather clocks that aren’t battery-operated require you to turn a key or crank in order to keep the clock functioning. This crank is attached to a spring inside that stores the energy you’ve transferred with the crank. The spring is attached to a weight, which is drawn up closer to the spring and acts as a battery to store the energy from the crank. Over time, gravity pulls down the weight, which causes the spring to turn a set of power gears that convert the stored energy into usable energy for the clock. Multiple timekeeping gears are turned by the power gears, each with a different diameter to regulate different speeds: a second gear that moves 60 times per minute, a minute gear that moves once every 60 seconds and an hour gear that moves gradually over the course of 3,600 seconds.

You may be wondering why the weight doesn’t just unspool immediately and release all the energy at once, and that is where the pendulum comes into play. The pendulum works by converting energy from stored potential energy into kinetic energy until it reaches the apex of its swing, then it reverses the process. Because of the law of conservation of energy, even as the pendulum swings shorter distances as it runs out of energy, it also slows down and takes the same amount of time to complete a swing, thus allowing the timekeeping device to remain consistent. The pendulum is attached to a fork-shaped device inside of the clock called an escapement that forces the power gear to release energy at the same intervals and prevent the weight from free-falling and spending all of the stored energy at once.

Digital clocks function a bit differently from mechanical clocks. Whereas the pendulum acts as the oscillator, the object that keeps a uniform pace in the device.

In a digital clock, power from your wall oscillates 60 times per second, often referred to as 60hz — this is often seen in computer monitors and tells you how many times per second the screen refreshes.

Portable digital clocks will use a specially designed quartz disc that oscillates whenever it is slightly bent or energy is applied to it. Energy from the oscillation runs through something called a counter on the clock’s circuit, which divides the oscillations by 60 to count individual seconds by converting them into binary numbers. These binary numbers are then fed to a display called a seven-segment display converter, which then shows us the classic segmented numbers we see in most digital displays, such as digital alarm clocks or the timer on your oven.

Unfortunately, pendulums, quartz discs and wall-supplied power sources can be unreliable time keepers if you’re trying to be very precise. Scientists developed the atomic clock in the 1960s, sending cesium atoms down a tube to be blasted with a precise radio frequency. This causes the atoms to oscillate between two energy states after exactly 9,192,631,770 cycles of radiation. While that may sound like a lot of time, that is the standard for exactly one second. An atomic clock is so precise that it would take more than 100 million years for it to be off by exactly one second.

If that’s a little trippy and overwhelming, I can’t blame you. There’s a reason I’m not a professional clockmaker or an atomic scientist.