The science of learning

The ability to learn isn’t a human-specific trait. Every organic creature from the blue whale to bacteria have some capacity for learning — otherwise we would never have evolved to become organisms capable of manipulating the world to our needs. However, human learning is markedly different from animal learning in some key respects.

Not living in a near-perpetual state of survival, humans are able to dedicate more time to learning. Human children spend most of their time learning, whereas something like a baby chick spends most of its time foraging for food and evading predators, learning more efficient methods to complete both tasks with experience, so long as it doesn’t end up dying in the process. That last part is key for humans, as there are relatively few life-ending dangers we have to worry about, especially as children — at least when compared to animals. 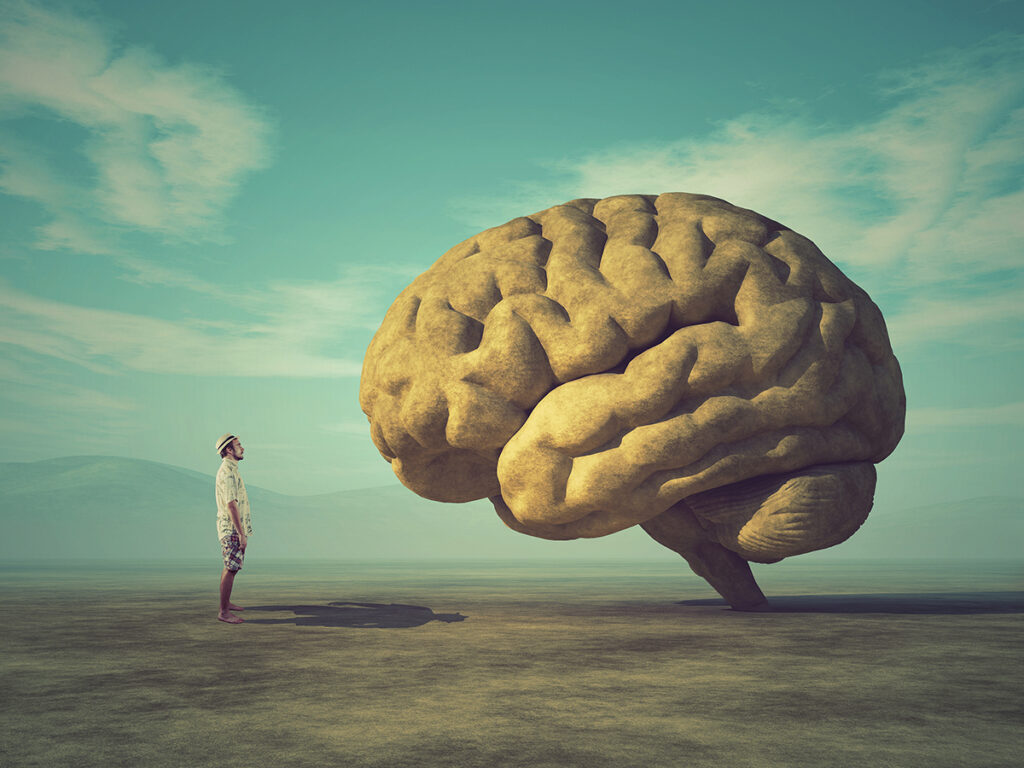 The divide in how human brains and animal brains work in relation to learning is worth noting. Our brains have changed and adapted over millions of years to learn more complicated subjects, like speech and mathematics, applying both to be able to change our environment on a scale that most animals aren’t capable of doing. You might be wondering, if birds are the descendents of dinosaurs, then why haven’t they developed to be more advanced than we have? Why aren’t avians building skyscrapers and launching billionaire birds into space?

I really don’t have an answer for that. My best guess is that birds have never had an evolutionary need to develop in that way. Once humans became apex predators, other humans became the dominant competition and required more elaborate methods of thinking and learning to overcome.

You might believe that learning would be a uniform process that happens identically for every person — that a singular system will guarantee expected results along predetermined deadlines. That was the school system we were raised in, and as you might have guessed: It doesn’t always work that way. Our ability to learn, retain and recall information varies from person to person based primarily on genetics — a factor that is completely out of our control. The elaborate interaction of genes is a topic too extensive to cover today, but it plays a major factor in our ability to learn.

Genetics influences things like attention deficit disorder or the presence of traits from the autism spectrum, which can hinder an individual’s ability to maintain focus or retain information. Sometimes these traits are hardly noticeable — especially to an outside observer — though the student could be struggling internally and be unwilling to share that plight with anyone around them.

Additionally, our environment plays a major role in our ability to learn. Our brains require calories as an energy source to function. When we aren’t getting enough calories in a daily diet, our brains switch to survival mode and start lowering the priority of nonessential functions. If a student is constantly hungry from the financial hardships that a huge number of Americans face — a bare minimum of 35 million people in our country alone — that student’s brain will be more focused on surviving than learning.

Motivation is another factor behind our effective ability to learn and one that is difficult to instill in younger learners. Many young adults attend college under the promise of landing a savvy, high-paying job, but recent studies have suggested that financial rewards only provide a modest incentive to long-term learning. Studies have shown that students who are deeply interested in a particular subject are more likely to succeed in learning and retaining information related to that subject, rather than a subject in which their only motivation is money. This is especially true of the scientific community. Have you ever met anyone that worked their butts off for a doctorate so they could make big money in Antarctica? I sure haven’t, but I know more than one person who did it because science is their passion.

The absence of distraction is perhaps the most obvious factor of learning, as well as the one we have the greatest control over. It’s the reason librarians shush you or your teacher singles you out for talking even though Becca is being far more disruptive. An absence of distraction helps, but some of us are perfectly capable of creating our own internal distractions. If you’ve ever met me in person, you’ve probably wondered why I’m kind of a strange dude. My brain is filled with untold trillions of distractions at any given moment and juggling that while also trying to entertain a conversation is challenging to say the least. It’s likely one of the largest reasons I struggled in school.

Is this a problem you’re suffering from as well? Sometimes a busy classroom isn’t the best place to learn. That’s perfectly OK. The library offers free tutoring to anyone who needs it, regardless of age. We all have it in us to better our education and sometimes it’s just a matter of needing a little one-on-one help to get there.

That being said, the library is also in need of those willing to volunteer their time as tutors, to help those in our community who are struggling to get where they want or need to be. It doesn’t require a lifetime of classroom teaching, just individuals who are willing to spare an hour or two of their time each week to help members of our community learn and grow. The library will even provide training, a quiet room and administrative help — even handle the scheduling so you can focus on tutoring.

If you are interested in tutoring, or perhaps need a tutor yourself, give Mike Bauer a call. He’s the Lifelong Learning coordinator at the library, and can be reached at 208-265-2665.