Spring is fast approaching, though it seemed like winter was barely ever here; famous last words, as a massive snowstorm strikes on the day of printing and you’re reading this after a four-hour snow shoveling marathon, cursing my name all the while. Regardless, a new year means different things for all of us; but, for me, it means replenishing the farm stock that I had traded or lost over the last year. Chickens and waterfowl are still a few weeks from arriving, so I thought it might be fun to look into another animal that can often act as a gateway into independent agriculture: the rabbit. 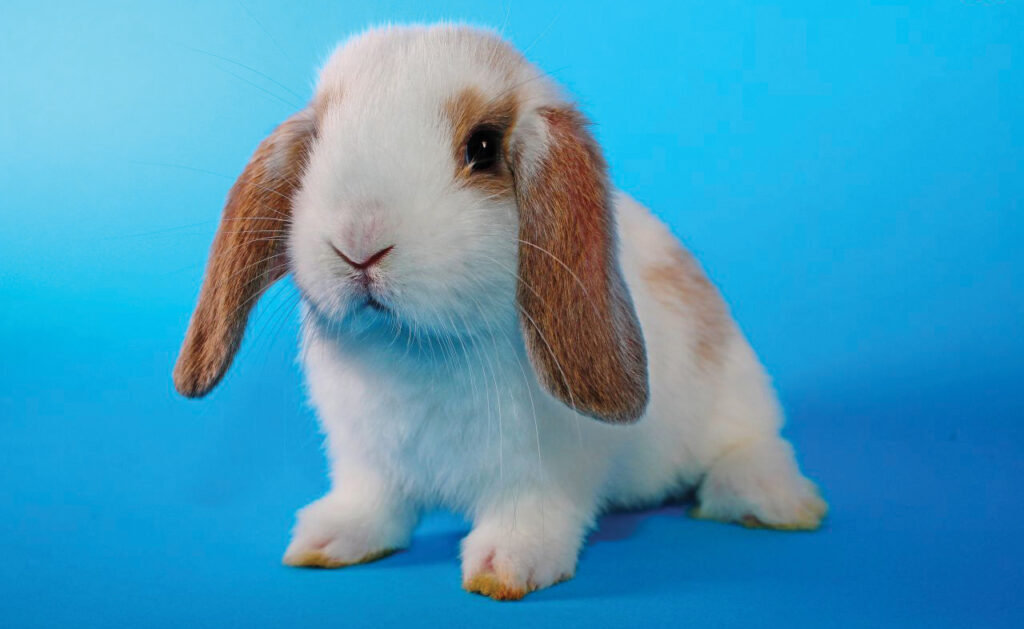 Rabbits are one of the easier forms of livestock to tend, compared to things like cattle, alpacas, or even chickens and ducks. Rabbits require similar living conditions to dogs and cats, meaning many people are easily able to accommodate them without a large investment, such as a coop for chickens.

Though it’s possible to get started with a rabbit indoors, their urine is particularly smelly and can quickly stink up an entire room even when regularly tended to. Whenever possible, it’s generally preferable to raise rabbits outdoors, or in a shed with access to artificial lights, though sunlight is always preferable. Rabbits can be raised in small cages, but they will always be happiest if they have plenty of room to run around and at least two feet of dirt beneath them to dig.

Rabbits love to dig. Because of this, they are phenomenal escape artists if their pen isn’t properly designed. Some tall dog cages can be partially buried so that the rabbit inside is allowed to burrow, but not escape. If you simply set them up with a bottomless cage, I can guarantee your furry friend will tunnel out to freedom at the first possible opportunity. Burying a layer of metal mesh — often called hardware cloth — two feet around the perimeter of a pen will usually deter most rabbits from trying to escape.

Rabbits also need food and water, but you can’t just give them your dog’s bowl and a handful of your dog’s food and expect them to be happy and healthy. Rabbits will frequently and quickly knock over a bowl of standing water or soil it with urine. The easiest way to keep clean water for your rabbit is to hang a bottle with a metal nipple on the side of its hutch.

As for food, rabbits are strictly herbivores, and throwing them all manner of kitchen scraps just won’t do. They enjoy leafy greens such as spinach and lettuce, but it’s generally better to buy them a bag of rabbit feed from the farm and feed store, as it’s inexpensive for 50 pounds of feed and it has all of the nutrients they need for a well-balanced diet. Never feed them the green tops of carrots, as they are poisonous and will make rabbits sick or even kill them. Bugs Bunny lied to us all.

One last point about rabbits is that if you or your neighbors are gardeners your rabbits will become your new best friends (provided they aren’t marauding their patch). Rabbit manure — which I often call bunny berries due to their round shape and brown hue — composts into some of the best fertilizer you will find anywhere short of fish emulsion. Due to the relatively low nitrogen levels compared to chicken manure, it can be applied directly to flowers.

Note: Always compost manure for at least 90 days (preferably more) before applying it to plants you intend on eating. Not doing so can cause fecal contamination that will make you sick or even spread parasites your furry friends may be carrying.

Ready for your first rabbit, but not sure what to get? Here are a couple of breeds to get you started.

These rabbits are bred to grow up to 12 pounds and reproduce very quickly, having a gestational period of about a month. With a roster of about 30 rabbits, it’s possible to have a rotating schedule to butcher and process several pounds of meat every two weeks, providing the most efficient source of lean white meat of any livestock. Don’t expect to put them into a box and pull out perfectly packaged cuts, however. Butchering takes a lot of time, practice and work, as well as a dedicated workspace.

The angora rabbit is one of the oldest domesticated rabbit breeds in the world. These rabbits grow long, luxuriously soft fur that can be used to make wool for textiles to craft things like sweaters, socks, scarves and hats. The best part of all? You don’t even have to harm the rabbit to retrieve the wool. Angora fur takes some work and investment to maintain a high quality, requiring regularly brushing the rabbit and trimming matted fur — particularly around their hindquarters which can become soiled and stinky. It’s worth it, though, if you value high-quality yarns or clothing, or are able to sell or trade to someone who regularly uses it.

You can show virtually any type of rabbit, but if you want the cutest and one of the most eye-catching breeds, you’re going to want the lop with its trademarked downturned ears and gentle demeanor. Rabbit shows can offer serious cash rewards, turning your hobby into a business. Plus, they’re just so darned cute.

Planning on hopping on the bunny bandwagon? Hit up the library for some great guide books to really get you started.