I suppose it’s telling that I’ve been trying, and failing, to write this introductory column for the better part of two weeks — a week longer than I’ve been installed here as editor at the Sandpoint Reader. There comes a time when a person has simply written too many “hello, my name is…” pieces. As my pal of 26 years, former employee and now boss Ben Olson aptly put it the other day, “Man, you’re like Barbra Streisand. She’s been saying ‘farewell’ for 20 years.” 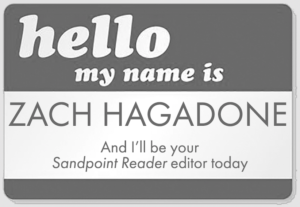 Turns out that was the impetus I needed to get rolling on this thing. I, too, have been saying “farewell,” as well as  “hello,” at various news organizations throughout the Inland and Intermountain West for about 20 years. Hopefully this is the last time.

On paper, I suppose I don’t look like a very reliable employee. Since I started in the news business as evening copy editor, occasional editorial cartoonist and sometimes “correspondent” at the Bonner County Daily Bee in 1999, I’ve moved between Sandpoint, Boise, Portland and Pullman, Wash., a total of eight times. Along the way, I’ve worked for six news organizations: in chronological order, the Bee (twice), the Associated Press, Sandpoint Reader (twice), the Idaho Business Review, Boise Weekly (twice) and the Pacific Northwest Inlander (as Sandpoint-based copy editor in 2012 and Pullman-based columnist from 2017-2019).

Babs started saying “goodbye” around the time I left the Bee as an eager almost-20-year-old bound for the College of Idaho in Caldwell. Her 2000 tour “Timeless” was meant to be her last. It wasn’t.

After some post-college fumbling at the AP and selling ads (badly) for the Bee, I started the Reader with two C of I friends in December 2004, but said “goodbye” to full-time work at the paper in 2006, when I got married and moved to Portland. The same year, Streisand kicked off another fare-thee-well, barnstorming North America with “Streisand” from 2006 to 2007.

As it happened, that year, I said “hello” to the Idaho Business Review in Boise, where I served as a staff writer. Highlights of that job were coming to work one sunny September morning in 2008 to find out the economy had collapsed. Talk about a trial by business reporting fire. 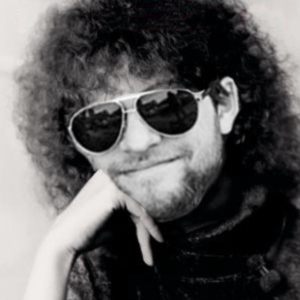 Barbra was pretty quiet for the next five years; perhaps lulling us into a false sense that she was actually finished. I was busier than ever during that time. Despite living away from Sandpoint during the years 2006-2010, I maintained a presence in the Reader by contributing occasional articles, copy editing, and submitting editorial cartoons and illustrations to our former space in a backroom on Cedar Street — behind where Idaho Pour Authority is today.

Back then, it was just John Reuter in the office, hacking away at what came to be half-jokingly referred to as the Sandpoint Reuter, owing to the fact that he had to write practically everything himself.

Telecommuting at the Reader all the while, I bon-voyaged out of IBR in 2010 after Boise Weekly head-hunted me away to serve as business editor. I said “hello” at BW in February that year and “goodbye” in May, when my wife and I decided to return to Sandpoint before Reuter had a complete mental breakdown.

Thus began a new round of “hellos” at the Reader, where I stayed until something big happened in 2012: Barbra Streisand’s “Barbra Live,” promoted as “Barbra’s Homecoming” to Brooklyn. My son, John, also celebrated his “homecoming” to Sandpoint when he was born here on April 25 that year. I said my — so I thought at the time — final “goodbye” to the Reader when I closed it down about a month later and pulled up stakes yet once more for Boise. This time, after the publisher and outgoing-editor asked me to take over as editor-in-chief.

You guessed it, I got to say “hello” to BW… again… but not before working a brief stint as remote copy editor for the Inlander in mid- to late-2012. That was a quick hello-goodbye, and I remember the Inlander editor saying he pretty much expected it to happen, given my nomadic lifestyle.

Regardless, I helmed BW from early-2013 until June 2017, during which time Ben told me he was restarting the Reader. I wrote a kind of “hello” to him in that first edition, but didn’t figure I’d ever be on the masthed as anything other than “editor emeritus.” Still, I watched what he and Cameron Rasmusson were doing here with a fierce mingling of pride and envy (both deadly sins, I know).

By early-2017, burned out at BW, I did what Barbra Streisand and I seem to do best and belted out a swan song. I enrolled as a 30-something graduate student at Washington State University and embarked on my Master’s in History in August 2017.

Not content to say “hello” to only one institution, I was invited to contribute a regular column to the Inlander, so that same month I got to greet Spokane as well as Pullman.

After a round of happy “goodbyes” to my fellow grad students in May, I found my way back to Sandpoint, necessitating (you guessed it) a farewell column in the Inlander, which appeared July 4. That brings us here, which is to say, “Hello. My name is Zach Hagadone and I’ll be your Sandpoint Reader editor.”

With any luck, and if past is prelude, expect a heartfelt “goodbye” from Barbra in the next few months.