When Bonner County voters approved a $25.4 million supplemental school levy in March, most may have assumed it was the last they’d hear of the issue for two years, when the funding measure is set to expire.

However, trustees of the Lake Pend Oreille School District made in known in the first week of July that they were considering asking voters whether to make the two-year levy permanent. First, though, district officials want to gather public opinion at an open discussion set for 5 p.m., Tuesday, July 23 at the Ponderay Events Center, 401 Bonner Mall Way, Ponderay. 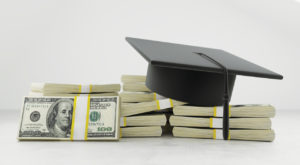 “The board’s there really just to listen to the people; hear what their take is before we finalize it,” said LPOSD Board Chairman Cary Kelly, adding that “final action is going to have to be taken or not taken in August.”

Should the trustees vote in August to advance the permanent levy to voters, the request would go on the November ballot.

According to Kelly, the idea for making the supplemental levy indefinite came up about two months ago but the board delayed taking action in the interest of setting up a public discussion — which he is expecting to include some “strong opposition.”

“There are a good percentage of people who are against the levy,” he said. “They’ve voted against levies — certainly making it permanent, they’d vote against that.”

The two-year levy passed in March on a vote of 3,391 to 2,643, or about 56% approval, though  the measure whipped up considerable, often heated, chatter on social media.

“If the same percentage of people vote for this that voted for the [supplemental] levy, it would pass,” Kelly said.

Though the impetus for the July 23 public event is a desire by trustees not to “rush into it,” Kelly added, time is of the essence regarding whether it’s even an option to establish a permanent levy.

According to state statute, an Idaho school district qualifies for an indefinite levy if it has passed supplemental funding accounting for 20% or more of its operating budget for seven consecutive years. LPOSD meets and exceeds that criteria — the most recent levy amounts to 35% of the district’s operating budget — but legislators in Boise have signaled they might eliminate the provision for making supplemental levies permanent.

“It may be the last opportunity to do something like this,” Kelly said.