Throw a rock at a stack of Shakespeare plays and you’ll undoubtedly hit a doomed lover or two in the process. But stories of tragic love are not reserved solely for the theater. History is littered with tales of lovers enduring tragedy in the name of that holiest of emotions; that little thing we call love. 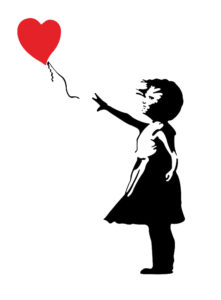 Single folks, you can read these stories from ancient and not-so-ancient history with a wry smile and fist bump your single friends for avoiding such woe. Those of you in love, well, let’s hope none of this stuff happens to you.

Many of you may know of this story from the play of the same name by William Shakespeare. Cleopatra was an Egyptian queen, the last ruler of the Ptolemaic Kingdom of Egpyt from 69 to 30 B.C. Mark Antony was a Roman politician and general who lived during the same era.

The two met in 41 B.C. during the height of the Roman Republic’s downfall. After Caesar’s assassination, Cleopatra set her sights on Roman general Mark Antony. Mark Antony was already married, but that didn’t stop love from taking hold. The two were married in 36 B.C. and had twins.

Their romance helped form a tenuous political alliance between the Roman Empire and Egypt — an alliance that would sour when future Roman Emperor Octavian convinced the Roman senate that Mark Antony was power-hungry and that Cleopatra had bewitched him into falling in love with her.

Antony and Cleopatra fled separately to Egpyt after losing a major sea battle. Since Octavian declared Mark Antony a traitor, both lovers resolved to commit suicide. Hearing false rumors that she had already killer herself, Mark Antony committed suicide by stabbing himself. Hearing this, Cleopatra took her own life by inducing a poisonous snake to bite her.

Did you know the Taj Mahal was actually a magnificent monument of love from one man to his wife? The palace, which stands at the heart of India, is a testament to the enduring power of love.

Shah Jahan was born a prince in the late 16th century. The son of the Emperor of India, the young prince caught sight of a young Muslim Persian princess selling silk and glass beads and fell in love. He convinced his father to allow them to marry, which they did five years later.

When he became Emperor in 1628, Shah Jahan bestowed upon his love the title of Mumtaz Mahal, the “Jewel of the Palace,” and made her his queen. Though he had other wives, Mumtaz was Shah Jahan’s favorite who accompanied him everywhere, including military campaigns.

Mumtaz died tragically during childbirth with her 14th child. Grief stricken, Shah Jahan ordered two years of mourning and promised he would never remarry. He swore to build a magnificent mausoleum over her grave.

It took 22,000 workers over two decades to construct the monument that would forever be known as the Taj Mahal. The ornately designed palace is now a UNESCO World Heritage site. The symmetry of its design is the Shah’s final honor to show his love for his wife to the ages.

This love story from the 12th century was also so tragic it was turned into a piece of literature called “Eloisa to Abelard” by British poet Alexander Pope.

Peter Abelard was a French philosopher considered to be one of the premier thinkers of his time. Heloise was the niece of an important man, the Canon Flubert, and also was a well-educated woman of her time. When her uncle hired Abelard, who was 20 years Heloise’s senior, as a live-in tutor, the two developed a complicated affair that would be told throughout the ages.

When Flubert found out about their love, he separated the two lovers. But, when Heloise turned up pregnant, he granted them permission to secretly marry to save Abelard’s career. After the birth of their son, Heloise went to stay with some nuns. Her uncle believed Abelard had cast her aside to the nunnery so ordered him castrated. Ouch.

After the brutal castration, Abelard became a monk and convinced Heloise to become a nun. The two corresponded in a series of now-famous letters until their death, though they never met again.

There is a forbidden love story which is embedded deep into the Medieval history of Portugal. Ines de Castro became a lady-in-waiting for Portuguese Princess Constance in the mid 14th century. When Ines de Castro caught the eye of Constance’s Prince Peter, they began having secret romantic meetings in nearby gardens.

After Constance died in 1345, Peter and Ines lived as a married couple, a decision which angered his father the king. King Afonso IV disapproved the relationship, as did the court and the people.

The lovers lived happily with their three children for many years, but the king was under constant pressure of the lovers’ union, so he ordered Ines de Castro’s murder.

In grief, Peter led an uprising against the king. He never forgive his father for murdering his one true love. When he had finally taken the crown in 1357, Peter ordered the execution of Ines’ murderers by ripping the hearts out of their chests. The action garnered him the nickname, “The Cruel.”

King Peter demanded Ines be recognized as Queen of Portugal, ordering her body moved to the Royal Monastery of Alcobaca, where dual tombs were built so that he could rest next to her forever.