Wanton escapades, sultry parties, celebrity guests: Suzen Fiskin saw it all at the Playboy Mansion in the 1970s.

Now she’s here in sleepy Sandpoint with a new memoir of her experiences available for purchase. The l author of “Playboy Mansion Memoirs” reveals the good, the bad and the risque in her book, along with a few lessons learned from the front lines of the sexual revolution. 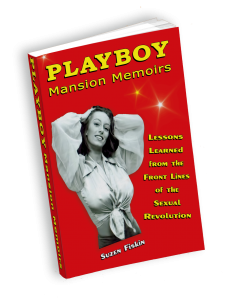 You might say a good girl with bodacious tatas just can’t stay a good girl. One day in 1975, Fiskin was serving sandwiches at an upscale office building. That same night, she was whisked off to a party at Hugh Hefner’s Playboy Mansion by one of her customers. And so her alternative lifestyle began.

A student at UCLA and a proclaimed independent woman, Fiskin didn’t reside at the mansion. She simply delved into the pleasures the the mansion had to offer, such as tennis matches, movie nights and parties. At the same time, she explored bisexual relationships as well as affairs with men like Warren Beatty, Kareem Abdul-Jabbar, Arnold Schwarzenegger, Robin Williams and many more. Beatty, remembered by Fiskin as a “hot, as well as incredibly brilliant” man, holds a particular spot in her memories. She also recalls her star-struck awe as a sweet young Jewish girl who was quickly exposed to all the mansion had to offer.

“I was a poor girl at Beverly High School and saw all this unattainable fame, and then all of a sudden one day there was all the fame, all around me,” she said.

However, Fiskin’s soft spot wasn’t just for famous, hot men. She currently has a female partner, Patricia Wentworth, who runs the local community garden and who supported and edited Fiskin’s book.

The memoirs prove that Fiskin was a trailblazer for a woman of her time, and she believes that Hefner was for a man of his time. He not only changed sexual exploration for the world but also defied many social norms.

Hefner supported gay rights, women’s rights and racial equality. He used Playboy platforms to donate hundreds of thousands of dollars to the Kinsey Institute and to Masters and Johnson, scientists on the cutting edge of research in human sexuality. He used his television show to promote racial diversity. And while most know Playboy as a skin magazine, Hefner’s original intention was to create a lifestyle publication that included sex among a range of subjects. Fiskin, and everyone else that participated in the Playboy world, contributed to the “good life” of that era. 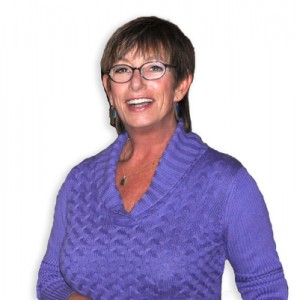 Though some may disagree with the “lifestyle” magazine or have their own views on the Playboy empire, no one can take Fiskin’s memories and spiritual journey away from her. In fact, she has received nothing but encouragement, praise and gratitude in response to the book. Her goal with her memoirs was to open hearts and minds, and she believes that goal was very much achieved. Readers from their late teens to late 80s have thanked Fiskin for her courage and insight. The book has even generated interest from Hollywood producers as the basis for a potential television series or movie.

“Different people respond to different aspects of the book and I can really appreciate that,” Fiskin said.

Fiskin has worked as a life coach and motivational speaker since the early 1990s. For a while, she lived in the Seattle area but decided to move inland, first to Coeur d’ Alene and then beautiful Lake Pend Oreille. She used her winters to write and complete “Playboy Mansion Memoirs.”

If you haven’t yet read Fiskin’s book, I encourage you to pick up a copy! If you aren’t the reading type, then join Fiskin at the Pend d’Oreille Winery Aug. 10 at 5:30 p.m. for a book reading. She will also be appearing at the Saturday Farmers’ Market (across the street) to sign copies of her book from 9 a.m. to 1 p.m.