Bart Budwig is no stranger to collaboration.

An audio engineer who has worked with bands across the Northwest, he’s worked with many bands bring their projects to life. Having spent the past three years, developing ideas for his upcoming album, “The Moon and Other Things,” he’s come to appreciate that collaborative quality in his own music. Music fans around the world have a chance to hear the difference for themselves when Budwig launches a Kickstarter for the album that goes live Aug. 11. 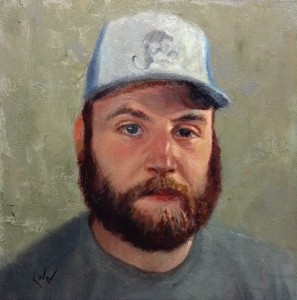 Those familiar with Spokane-based outfits like the Marshall McLean Band or Mama Doll have probably already had the chance to appreciate Budwig’s talents as an audio engineer on both live sets and albums. However, Budwig himself is also an auspicious songwriter and performer, drawing from the rich legacy of traditional country and folk music to inform songs that speak to modern day trials, tribulations, joys and heartaches.

In the past three years, Budwig has gone through a lot of changes. He’s moved to Enterprise, Ore., a stretch of country short on people and flush with cattle. While he’s enjoyed a little rustic living and some of the best hamburgers he’s ever had in his life, the change of scenery has also been good for his songwriting.

Perhaps inspired by the setting and Budwig’s own influences, “The Moon and Other Things” heralds back to the beginnings of outlaw country. To that end, Budwig employed a recording process that reflected those old roots. The album was recorded in the OK Theater of Enterprise, Ore., built in 1918. The recording device, meanwhile, was a four-track tape recorder built in the 1970s. Despite the focus on the past, however, the album should be inscrutable to modern sensibilities.

“My goal was to capture the sound of production of outlaw country from the 1960s … but sound polished enough to appeal to a general audience,” Budwig said.

But for Budwig, it’s the influence of friends and fellow artists that has truly enriched the album—an osmosis that has occurred both directly and indirectly. Budwig’s artist friends, for instance, contributed artwork for special runs of the new album. Then, of course, there are the musicians who join him on the forthcoming album. Individuals like electric guitar player Kuke Ydtsie, best known for work on projects like Blind Pilot and Hook & Anchor, give the album a richness that Budwig is eager to share with audiences.

“I’m really excited with how this album turned out,” he said. 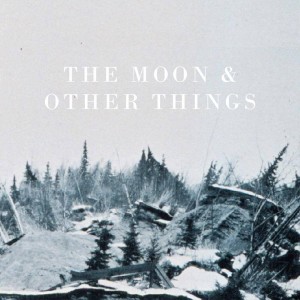 Budwig said the process of recording those songs was remarkably organic. Rather than recording each instrumental part separately and fiddling with them endlessly in post-production, some of the best moments were captured when a bunch of musicians and their instruments crowded around a microphone. There’s a authenticity in the process that is lost when in the minutiae of studio production.

“A lot of music today is extremely precise,” Budwig said. “With this approach, there’s a kind of humanity to it that, even if its not exact, it’s really good.”

Just as important to the final product are the seemingly small moments of the day that crystallize in Budwig’s mind. He remembers one occasion when, driving toward a show, he had a concept for a song pop into his head. A melody soon followed. Later, he found himself talking with fellow songwriter Marshall McLean, and their conversation set his mental gears working. Before long, a fully-structured song had taken shape.

Now Budwig pursues another type of collaboration to bring “The Moon and Other Things” to music fans: crowd funding. The Kickstarter campaign that launches Tuesday will fund the production of CDs, vinyl, T-shirts and more. For Budwig, Kickstarter is a great platform to use as essentially a pre-order system. It gives him set dates and deadlines to work toward while providing money up-front to finish the project. As a bonus, those who support the Kickstarter will receive the album in September—several months before it will be widely available.

“Kickstarter puts me in a position where I need to create rewards and product design,” Budwig said. “You have to have a video, you have to have rewards. That helps me to make sure I have all my ducks in a row before a release the album.”

Keep an eye out for Budwig’s Kickstarter when it launches Tuesday, Aug. 11. And check out more of Budwig’s work at www.bartbudwig.com.