As time goes by:

One of the major news stories of our time occurred recently and the world’s media barely mentioned it. That is because those who manage the world’s media lack the intellectual where-with-all to explain the event. 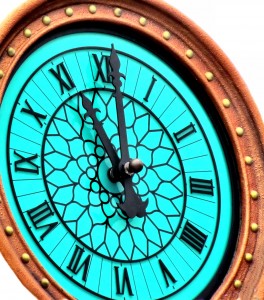 I refer not to ISIS beheadings, the economic collapse of Greece or global warming. It’s hotter than the California drought and the juicy rumor that Holmby Hills and Hancock Park big shots keep their pools full and golf courses green while commoners eliminate showers. This is bigger than opening up Cuba or shutting down Donald Trump. As frightening as whacko shooters and the influence of the NRA. Bigger than the growing number of tipsy, explosive oil trains rumbling through Sandpoint. More cataclysmic than Tom Brady deflating footballs or what Taylor Swift had for breakfast. And with whom.

We are talking about the addition by some weirdo Paris astronomers of a “leap second” to world clocks. Evidently astronomers at the International Earth Rotation and Reference Systems Service “in Paris” add leap seconds whenever they become bored. No, that’s unfair. Whenever “Earth’s observed position is on track to be out of sync with Universal Coordinated Time by more than 0.9 of a second.” Excuse me? Few Sandpoint citizens other than this writer are sufficiently savvy to understand such complexities. John Harbuck might be. He has a degree from Stanford and a Ph.D from Cal Berkeley. Jim Spagon was a rocket scientist with TRW in L.A. so might also know about leap seconds. And both Micheles at Tierra Madre juice bar can construct crunchy kale and squash sandwiches that taste like truffles. If they can do that, they can probably understand leap seconds.

We assume the leap second astronomers are in France. But they might be in Paris, Idaho. Paris, Idaho is possibly less known than Paris, France. It would be easier to secretly monkey around with global time in Paris, Idaho. Fewer snoopers. Paris is in the southeast corner of Idaho, adjacent to Bear Lake, Utah. Other strange things occur in and around Bear Lake. Residents say they’ve seen sea monsters there, just like in Scotland. Nerdy astronomers in Paris, Idaho could easily be into leap seconds.

We sailed a sloop on Bear Lake for years. A perk of living in nearby Logan, Utah. Once, during a sailing race, a sudden squall blew us backwards from one side of the lake to the other. Race officials opined that our skippering skills were laughable. Otherwise, they said, we would have scoffed at the howling gale, bounded nimbly from cockpit to cabin top and reefed the main. Then, they claimed, we would have sailed forwards into port, not backwards into large rocks two miles away.

Upon reading about the addition of a leap second to global time by astronomers in Paris, a startling probability occurred to this observer. It is this: not only are the goofball astronomers in Paris, Idaho instead of France, they are the same meddlers who caused the ferocious Bear Lake storm. If they know how to “measure earth’s rotation and compare it with the time kept by atomic clocks,” they probably know how to brew up a squall on Bear Lake. A squall timed so as to hit precisely as my crew and I were swigging Pusser’s British Navy rum and pineapple juice below decks. The storm hit so fast and furiously we had no time to react. Like Chief Crazy Horse chasing Custer, we just hollered  “Today is a good day to die!” and guzzled more rum and juice. We limped into port about midnight.

Leap year is an entirely different matter. Unlike leap seconds, leap years are valid entities of a recognized, accepted body of work we scholars call Leapscience. Leapfrog, which children once played prior to being hijacked and held hostage by texting and violent video games, was a species of Leapscience. (Regrettably, leapfrog went out with tree forts, marbles, jacks, balsa wood model airplanes, spinning tops and kick the can). Leapscience also included useful advice such as, look before you leap. The trouble with that is that timid souls who look before they leap often decide not to leap, and wind up broke and bored.  Others take a leap in the dark and become billionaires. Still others, throwing caution to the winds, pursue their prey by leaps and bounds. One observes this at the  Bistro Rouge bar, Eichardt’s, Idaho Pour Authority and the 219 Lounge on any fun-filled Friday evening.

Literature owes much to Leapscience. Author Tony Hillerman’s central character in his novels about the Navaho tribe is Joe Leaphorn, a wise Native American detective. Superman has been “leaping tall buildings in a single bound” since 1938. And what would Little Orphan Annie be without her signature exclamation, “Leapin’ Lizards!” (Her dog, Sandy, beat her to the patent office with  “arf, arf,” so she couldn’t use that).

It’s high time The International Earth Rotation and Reference Systems Service astronomers quit fussing with leap seconds. They need  real jobs. They should be discovering new stars. Rush Limbaugh, for one, needs replacing. So do the Kardashians and repeat terminator Arnold Schwarzenegger. Also naughty Lindsay Lohan. And how about a brighter star than Rick Perry, the former Texas governor and repeat GOP presidential candidate. They say he’s just like George Dubya Bush. But not as smart.