Local organizers with the Black Lives Matter movement have issued a list of “demands and recommendations” to Sandpoint Mayor Shelby Rognstad, the Sandpoint City Council and Lake Pend Oreille School District, intended “to make our community more just and inclusive.” 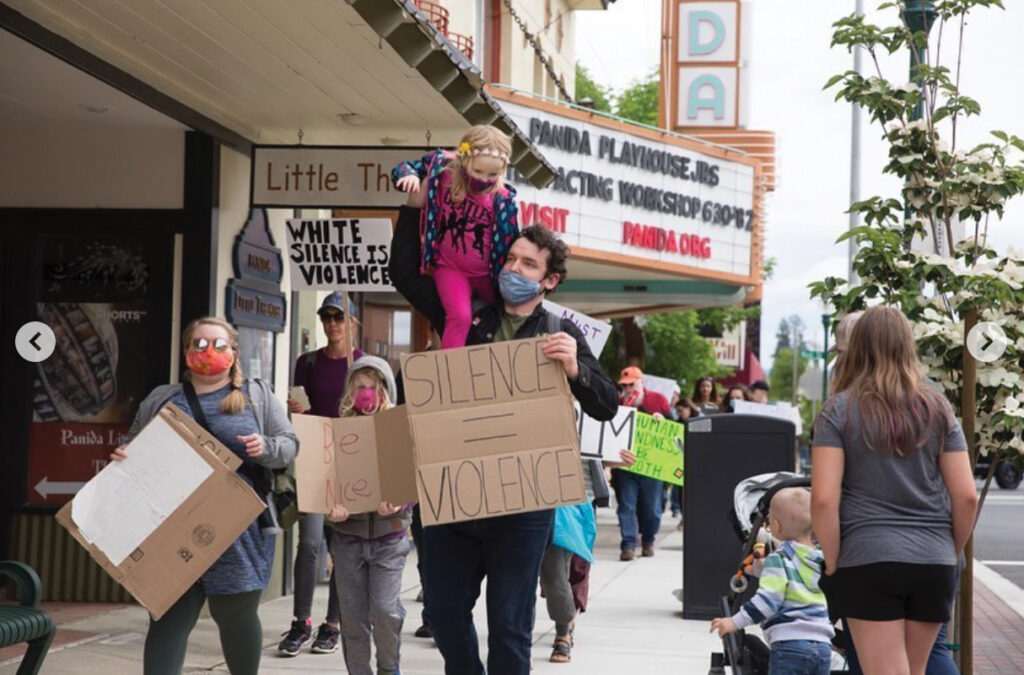 The statement comes after a series of BLM marches in Sandpoint over the past week, intended to draw attention to the need for greater police accountability and racial justice after the May 25 death of George Floyd, a black man killed by an officer during an arrest in Minneapolis. Demonstrations have since occurred in communities across the country — the most recent in Sandpoint on June 6, drawing about 300 marchers through downtown.

According to the statement, released June 10, “We continue to organize events and encourage anyone who supports the goals of the movement to join us. Please leave guns at home and wear a mask.”

Specifically, the group called on “all elected officials to make statements in support of racial justice and the goals of the Black Lives Matter movement” and stressed that the council “must require and fund annual anti-racism training for all police and city staff members” as well as “additional and regular de-escalation training” for local police.

In addition, the council “must create a community oversight board for the city police department”; and Sandpoint High School “must take disciplinary action, using a restorative justice model, for the students involved in harassing protestors and posting race based harassment and slurs online.”

Other items in the statement include calling on the LPOSD board of trustees to prohibit racist activities and racist symbols at school, and “fund and require anti-racism training for all teachers, staff and students in the LPOSD.”

Also, according to a separate statement shared by one of the many local BLM organizers, Todd Crossett, who has been asked by the mostly young-adult march coordinators to speak on their behalf at this time, “protesters do not accept protection from vigilante militia groups,” some of whom may have a history of white supremacy and “are even less accountable than police.”

“We reject the notion that armed militia members are here for protester protection,” the group stated. “It serves only to intimidate the free and lawful expression of speech.”