If you’ve kept current with Sandpoint music in the last couple of years, one performer has left an indelible mark on the scene: Kevin Dorin. 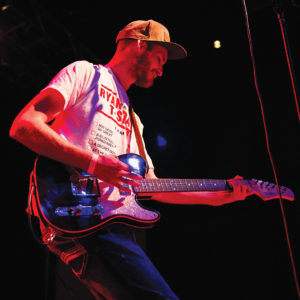 Playing a hybrid of blues, country blues and Americana, Dorin is most often recognized around town as “the guy with the sweet, vibrato voice.”

Hailing originally from Calgary, B.C., Dorin said this, his second solo album, was a long time in the making.

“It’s been a long project,” he said. “Probably about five years, actually.”

Dorin said went to school in Toronto originally for entertainment business management, which teaches everything from how to run a record company to managing bands. It was at this school, where Prince originally had a studio, that Dorin met some influential people and began interning for several connected people in the industry.

“I watched them develop acts and saw the steps they made,” he said. “I quit this band I was with at the time who was opening for a lot of top-40 acts and decided I was going to do the hard work. It took me about five years to get a consistent amount of songs cohesive enough to represent what I wanted to be my sound.”

The result? A seven-track album called “Invisible Lines” that strikes a perfect balance between blues and Americana. The album is a pleasant mix of clean tracks, but it’s not overproduced. It’s sparse, but not empty. It’s an album that can capture your attention during one listening, and also blend into the background another listening. In short, Dorin nail it with this one.

“I wanted industry people to hear it and say exactly that,” said Dorin. “I want them to see room to grow, because people are more willing to invest if it’s not fully produced.”

Building the album into a touring band is one of Dorin’s ultimate goals, and something he’s actively working toward.

“I’ve got the record written,” he said. “Now I’m just looking for a team of people who are interested in helping promote and be part of it.”

To say the release is a “blues” album is not doing it justice. While Dorin’s soul seems to be swimming in the blues, this album has an uplifting quality to it that isn’t so much back alley as it is side-street.

“This record is more of a coffee house record,” said Dorin. “It’s easily accessible. Since I’ve moved down here, I’ve had to learn Americana music. My live show has a lot more blues in it. I love playing the blues. Country blues. Anything with a little bit of blue in it.” 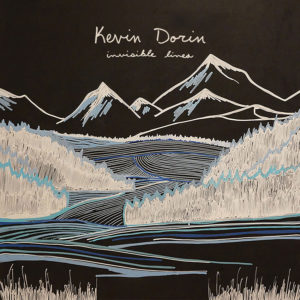 Dorin produced the album himself, using top of the line gear from his home studio. He had local musician Doug Bond sit in on track four, but the rest is all Dorin.

“I actually did the whole thing in one take, using two microphones,” he said. “It took me years to get there.”

After recording and mixing, Dorin sent the album to a New York engineer named Carol Rowatti for the final step – mastering.

“He’s a fantastic engineer out of New York,” said Dorin. “He used a piece of gear that I’m in love with – this $44,000 compressor that the Beatles used on every recording. I had to have that.”

Dorin first ended up in Sandpoint after he hurt his back wakeboarding.

“My parents used to vacation in Hope,” he said. “I had lost feeling and had partial paralysis in my neck and shoulder, and I met a local Sandpoint physio therapist named Peter Faletto … who really helped me sing again after rupturing the discs in my back that resulted in nerve damage. That’s when I also met my wife.”

The rest, as they say, is history.

Catch Kevin Dorin next at 5 p.m. at Skal Taproom in Ponderay for VikingFest. He’ll also be playing with Steve Rush on July 14 at Laughing Dog. To purchase his album in Sandpoint, Curry in a Hurry and the Aloha Grill at the Ponderay Food Court will have copies, or you can find them online at iTunes and Spotify.