Whether you’re celebrating or mourning, here are some presidential cocktails to conclude the election season

Well, Election Day is finally over. Whether you are celebrating or mourning the outcome, now is as good a time as any to mark the end of this bitter season with some presidential cocktails. Here are some of our favorites: 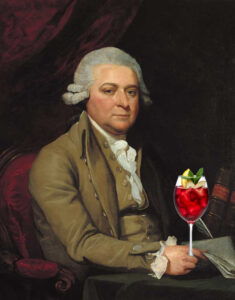 John Adams was known to imbibe quite freely. It has been recorded that Adams took a cider in the mornings, wine with lunch and Madeira port every evening. After all, founding a country is tough work that requires stress relief.

The following recipe is actually known as a “sangaree” because it uses port wine.

Combine the sugar and water in a small saucepan, bring to a simmer to dissolve the sugar, making a concentrated simple syrup. You can also use prepared simple syrup if you’re too impatient to make your own, but we suggest making your own for the tradition. 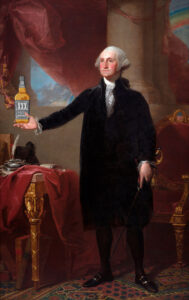 Our first president sounds like my kind of guy. Washington was known as a whiskey aficionado, and even distilled and bottled his own private label as his ancestral home of Mount Vernon.

This modern take on the old fashioned pays homage to Washington’s spirited enthusiasm for whiskey.

Stir over ice strained and serve in a rocks glass with a single large cube. Garnish with a lemon twist.

Honest Abe was a teetotaler, so we thought it might honor his legacy by providing a non-alcoholic drink on this list for those who don’t wish to imbibe. (You can add vodka or rum, though — we’re sure Abe wouldn’t mind). 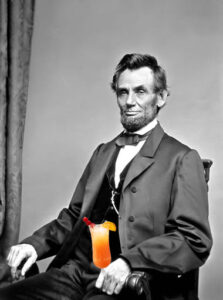 Place the mint, cucumber, lime juice and simple syrup, and a splash of soda water in a cocktail shaker with ice. Muddle and shake heartily. Strain over ice and top with soda water.

America’s longest-serving president was also a devoted martini drinker. Roosevelt was even known to mix stiff drinks himself for White House guests. This recipe comes from the W Hotel for the perfect dry martini. 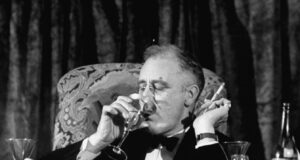 *Gewurztraminer is a variety of pink skinned, aromatic grapes used in white wines. One can always substitute with pinot blanc or riesling.

JFK reportedly favored this Cuban-born tropical drink. Stave off those cold winter nights with this tropical blend and hoist one for our 35th president.

2 oz. rum (Cana brava is preferred, but any white rum will do) 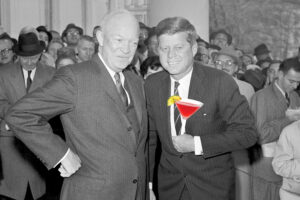 Shake all ingredients over ice and strain into a chilled cocktail glass. No, not all daiquiris are served like a slushie. Have some class, for crying out loud. Garnish with a lime wheel and tip your hat to Camelot.

There’s no recipe to go along with Franklin Pierce, but it’s worth noting that our 14th president was probably the biggest boozer of all the American presidents. In 1856, after he lost his bid for the Democratic nomination for president, a reporter is said to have asked him what he would do after leaving office. Pierce replied, “There’s nothing left but to get drunk.” 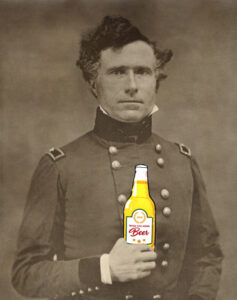 In his later years, Pierce took up the life of what he called an “old farmer,” drinking and tilling the soil. In 1869, at the age of 64, he died from severe cirrhosis of the liver.