Human Trafficking in the U.S.

Few situations could be worse than an innocent child being taken for nefarious purposes. We often think we’re safe from human trafficking in the U.S., but the truth is, it happens here just like it does everywhere else. We just don’t see it.

Last week, a 30-year-old man was arrested after trying to abduct a 13-year-old girl in broad daylight at a dollar store in Florida. The child was saved by the heroic efforts of her mother, who forcibly stopped the man from taking off with her child. 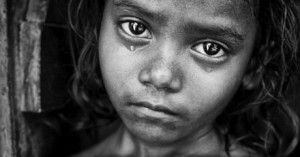 “In my 10 years on the road I have never seen anything like this,” said Citrus County Sheriff’s Office Sergeant Craig Callahan. “He truly intended to abduct this child right in front of everyone in the store.”

However, the vast majority of human trafficking cases inside the U.S. aren’t straightforward abductions but instead involve the grey area of sexual exploitation and prostitution.

“There is no Costco for children where you can buy kids as sex slaves,” said a spokesperson for the FBI, who wished to remain anonymous. “What we do see are disenfranchised runaways out on the street who are approached by a trafficker, or pimp, and groomed into that activity.”

Lots of runaways come out of foster home programs or the juvenile justice system. Most of them have fled due to less than stellar situations in their home lives.

The “grooming” usually takes place via social media. The kids find a sympathetic ear in the traffickers, who send them attentive messages and eventually arrange to meet them.

“Pimps are very mobile,” said the FBI spokesperson. “Once the pimp gets control of this person, especially the young ones, they think they have found themselves a boyfriend; someone to take care of them.”

This grooming cycle often happens in such a way that the child may not understand that they are a victim. By the time they realize they can’t get out, they are already in too deep.

In November 2013, Derrick Hicklen and Gypsie Akers were arrested in connection with a sex ring run out of hotels near the Boise Airport. The cases of Hicklen and Akers helped shed light on the hidden world of sex trafficking, which includes Idaho as part of a prostitution circuit that includes California, Nevada and Utah, including Oregon and Washington.

“Boise is kind of a hub stop where you have these human traffickers who travel with these girls all over the country,” Ada County Sheriff’s Detective Ryan Pacheco told the Boise Weekly. “They may be on their way from, say, Denver or Salt Lake City. What’s a natural place to stop but Boise? They may be in Boise for a day or two, but then they’re gone.”

Often, pimps will post ads online at sites such as Backpage.com advertising escort or massage services. They’ll then travel to the locations where they receive the most hits. In a matter of days, they’ve already moved to the next location.

“It’s 100 percent out in the open,” said the FBI spokesman. “I tell people to go to sites like Backpage.com and really see how prolific this issue is. Look under escorts and body massages. In my own subjective opinion, all of those ads are for prostitution. Nobody who wants a legit massage will go to Backpage.com. It’s hiding in the open.”

For Jessica Tschida, an advocate who works with the Coalition to Abolish Human Trafficking in the Inland Northwest, Idaho’s laws are one of the most frustrating parts about human trafficking.

“Idaho has very poor laws that don’t go after the buyers and sellers of prostitution, but instead target the victims,” said Tschida.

For example, if a prostitute is arrested in a sting operation, more often than not the “john” or the pimp will either evade authorities or not face prosecution at all while the prostitute will.

For this reason, Tschida said the Coalition’s main goal is to stop human trafficking, but also to establish the non-criminalization of trafficking victims.

In comparison, Tschida said, Washington state has “much better laws” than Idaho.

According to the FBI, one main problem is what happens to the victims after they are arrested, freed or otherwise get away from their pimp.

“There are no resources readily available for these kids,” said the FBI spokesperson. “If I recover four or five kids engaged in prostitution, a lot of times they are uncooperative. They’re runaways and they left a home environment that wasn’t great. We end up putting them right back into the system they fled from.”

Often, the only choice is to arrest the victim for prostitution, but there are no shelters or state funding for victims of trafficking.

“Nobody wants to talk about this dilemma,” said the FBI spokesperson. “These people are discarded. You have this victim that may or may not want help, but you can’t charge the trafficker because they’re not there. Now you have a victim to take care of but not a whole lot of resources. The only thing they know is sex. It’s the only way they can survive. Somehow, this has to change to get ahead of this problem.”