How the magic ended

Once upon a time there was a magical land called Bonner County. It had majestic mountain ranges with thousands upon thousands of acres of public forests. It had creeks and rivers and lakes including the largest lake in Idaho. The waters were fresh and clean, soothing the eye and the soul, offering refreshment and reprieve from the heat on warm summer days. There were elk and moose and deer, there were eagles and hawks and woodpeckers, there were bears and bobcats and coyotes. 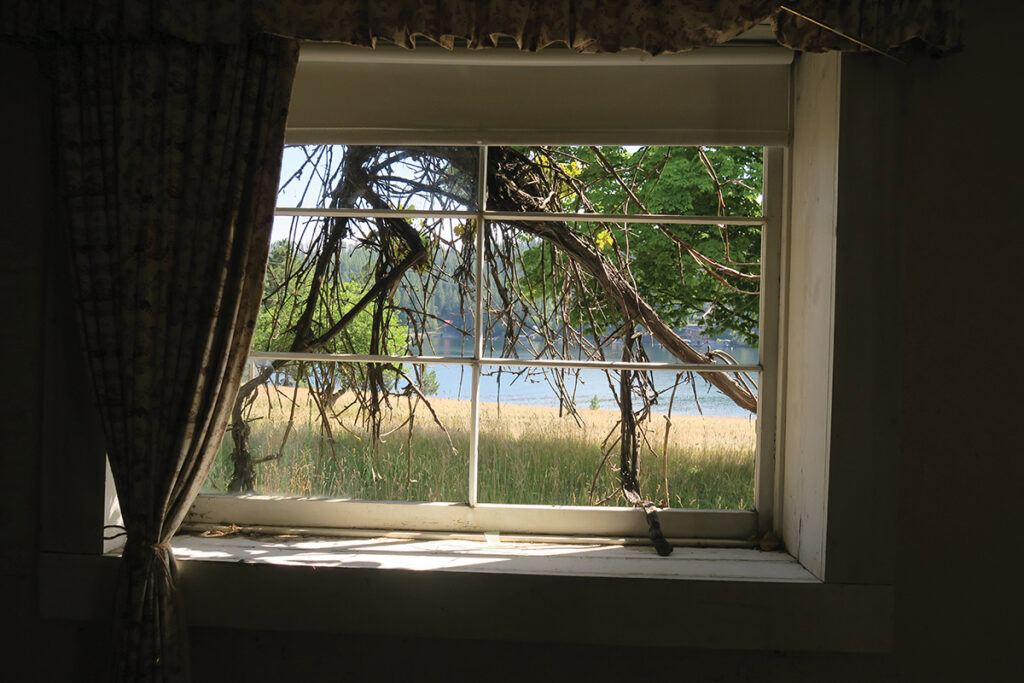 A view of Camp Bay through the windowpanes of the historic homesteader cabin on the property. Photo by Ben Olson.

The weather was wild but wonderful. In the spring the snow melted in the valleys and they turned vibrant shades green, the flowers bloomed a rainbow of colors and the bright white snow clung to the mountains as it swelled the creeks and rivers into rushing torrents of frothy water. The summers were warm where the sun smiled down on the land. The gardens grew, the children played in the refreshing waters and the people bustled with activity because even in the warmth of summer the people of Bonner County knew that winter was coming. Autumn was a time of abundance, the hay was in the barn, the garden goodies were making their way to the shelves, the children were excited to be starting a new year of school, and the people were admiring the beauty in the changing colors of the land and the lowering rays of the sun. Winter was a time of celebration, a time for charity, a time of camaraderie and a quiet time of contemplation.  In winter the people played in the snow and worked in the snow and hid from the snow in the welcome warmth of their homes.

Life was good and it went on year by year,  changing and growing bit by bit, and word of the magical land called Bonner county spread far and wide.

Life was good and it went on year by year,  changing and growing bit by bit, and word of the magical land called Bonner county spread far and wide.

People came and skied the majestic mountains, they boated on the refreshing waters, they admired the happy people and they said “wow, I could make some money here!”

Life went on year by year, changing and growing bit by bit, and word of the land called Bonner County and the money to be made there spread far and wide.

People came and they waited in the lift line to ski the majestic mountains, they went to swim in the refreshing waters but there was a no trespassing sign, they could not get a reservation at the restaurant with limited wait staff, yet still they said, “This is the best place I have ever seen!”

And the people from the magical land asked each other, “How do we bring the magic back?”

Kristina Kingsland has lived in North Idaho since 1976, attending Sagle Elementary, Priest Lake Elementary, Sandpoint Middle School and graduating from Sandpoint High in 1985. After traveling and living in Cape Cod, Alaska, Hawaii and the San Juan Islands, she realized what a special place Sandpoint is and moved home in January 1990. She is an associate broker with Evergreen Realty.