In the lead-up to the 2017 levy vote, the debate on social media has often been rancorous and heated. We reached out to two leading activities for and against the levy, Laray Stoffels and Dan Rose, to learn what informs their opinions and how those on both sides of the fence can promote good conversation. 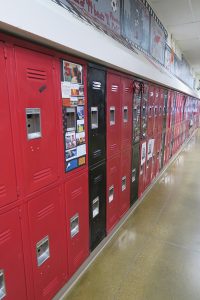 Please briefly detail your position on the supplemental levy. How did you arrive at this conclusion on school funding?

Laray Stoffels: In 2012, I graduated from Clark Fork High School. While many remember high school with angst, I remember it with pride, gratitude and appreciation.

I recall the year my high school principal spent his summer painting the school because the district couldn’t hire someone. I remember with pride the coupon business I started with a group of students under the guidance of our economics teacher.

I would not have had the confidence to study finance if not for my high school calculus teacher’s encouragement. To this day, I am filled with gratitude for the high school counselors who ensured we submitted our college and scholarship applications by their deadlines.

In two months I will graduate with two bachelor’s degrees in business administration. After graduation, I will travel to Ethiopia to work at a sustainability orphanage pursing my biggest passion. Upon returning to Idaho, I will begin a high-paying and fulfilling job.

I can say with confidence that my education is more than a couple pieces of paper. It is knowledge and experiences. It led me to my passions, to the woman I am meant to be. Education is the best tool we have for empowering those around us to achieve their best future.

Dan Rose:  Many are against this $17 million levy, an informed and objective conclusion by factual analysis, not emotion or self-interest. Information was gleaned from school board meetings, document requests and LPOSD levy presentations. The LPOSD spending inefficiencies are significant (coaches, administration bonuses, excessive staffing, ELA curriculum, district policies, district-funded student travel). Its desire to be the “premier” public school district is incommensurate with the community’s ability to fund it without incremental hardships. Further, charter schools outperform with less funding. LPOSD’s high student test achievement has recently been earned in a lower tax funding environment. It is intellectually and financially unwise for a public education model to grow out of control. Ten years ago the supplemental levy was $9 million with $2 million in staffing. An anticipated $17 million levy having a staffing level of $13.5 million (82 percent) is far beyond the state parameter model ($3,790,940.00 annually), also noting that student enrollment has decreased 400 students (10 percent).

Are there any personal experiences that have informed your opinions?

LS: Last year I traveled to Jamaica with 16 fellow Boise State students and two professional staff members on a service trip. There we immersed ourselves in Jamaican culture while working to rebuild parts of schools. Working alongside students and educators I learned that no matter a child’s background, they are empowered in the classroom to pursue their dreams and change the world. School is the one place they are equipped to do anything and become anyone, even in complete poverty. Nearly every child I spoke to told me they wanted to be a teacher when they grow up. The pictures they drew were of their classrooms and their educators. When their principal walked by, they chased after him. For these children, the classroom is the one place they get to choose their destinies.

DR: A growing number of residents in Sandpoint are fixed-income earners.  Budget awareness and compliance to living within means is applicable to both residents and LPOSD. In the past 10 years, many have seen property taxes double, yet wages haven’t increase in any comparative way.

Property tax vote issues are personal as seen with the $55 million levy. Rejecting the March 14 ballot and replacing the ballot with a zero-increase supplemental levy in May while we vote on candidates for school board trustee would be intriguing.

What are the aspects of your position you wish were better understood by the opposing side?

LR: An argument I constantly see from the opponents is that the levies are funding bonuses for administrators. When our superintendent, Shawn Woodward, was hired, the state of Idaho required performance pay for ALL Idaho superintendents. Idaho superintendents receive a portion of their salary upfront and the other portion if they meet performance standards. Compared to other states, Woodward is underpaid, not overpaid. He is not receiving a bonus; he is being paid the rest of his salary because he is meeting performance standards. Our educators and students are performing better than ever before. The anti-levy argument cannot be, “I am voting no because the superintendent is earning a bonus from our tax dollars”.

I would also like the opposing side to consider what they are voting against. If this levy does not pass, five schools will close, 300 faculty and staff members will lose their jobs and many extracurricular programs will be cut. Classrooms will be completely overcrowded. Many students will get left behind, increasing their risk of dropping out or not continuing their education.

DR: “Sure, more school dollar spending doesn’t always equate to increased scores,” said Woodward, LPOSD superintendent. In a revenue surplus environment LPOSD comments on the misrepresentation of $600,000 in spending choices: “We chose ‘cut’ as that’s what resonates … that’s what people understand,” said Hals, LPOSD CFO. LPOSD falsely claims if the levy does not pass [in March] it will have “catastrophic” effects.

LPOSD is a closed society, desiring to appear inclusive but doing little over two levy attempts to prove worthy of voter trust. LPOSD’s embellishment/misrepresentation, violations of Idaho Code and insult of opponents to help sell tax levies is neither inclusive, nor respectful management practice. It is a top-down mentality.

LPOSD has a problem with the use of percentages on both this and the past levy ballot. In July 2016, Clerk of Elections Michael Rosedale, with LPOSD’s legal counsel, effected facility levy ballot language change. This supplemental levy has a  “100 percent” issue which will require voter remedy.  REJECTING the March ballot and REPLACING it with language supporting a zero dollar increase and the omission of “100 percent” in May is a win-win strategy.

The LPOSD staff and board work for many beyond students and parents, to which LPOSD demonstrates tone deafness. Our community is compassionate and empathetic of a quality education, but we denounce any perception of being fleeced. Excessive and honorable two-way discussion throughout the May election should result from a March election rejection. Turnout on March 14 is vital toward this end.

What, in your opinion, are ways for the two sides of this debate to have more productive conversations?

LS: The best thing both sides can do is respect one another and work together to educate each other on the facts. I believe we can all learn something from one another, and I think it is crucial that everyone in the community do research on this subject to make informed decisions. The very issue we are debating is education and the only way to ensure we have productive conversations is to become completely educated on every facet of the debate. We are a community and need to come together, especially in regards to our children because THEY are the future.

DR: Eliminate LPOSD’s objectionable campaigning tactics of fear (closing schools), threats (laying off employees), deception (unclaimed revenues and false levy impacted employee headcount—625 and not 900 as claimed) and coercion (a SHS coach’s scholarship email), which are considered by many as typical and systematic.

Albeit late and limited to 800 words, the AGAINST advocates appreciate the Reader advancing our claim that the local print media (McKiernan emails) and local radio (“Face to Face-1400 am” and Morning Show-88.5 fm,” by admission(s) and email respectively) have colluded, directly and/or indirectly, with LPOSD to the detriment of community taxpayers with opinions beyond the interests of the “school network.” We proposed an offer for a round table discussion, covered by live radio and then followed by newspaper reporting. Discussion was denied by every local media source.  The fault lies not with us. The remedy is rejection of this ballot language, documented discussions through April and a vote in May.

LPOSD does little to encourage “productive” conversations, sends the message that informing the public is a nuisance to be endured. Again, returning to a condition of balance on the board of trustees will increase openness, accountability and improvement of the public’s discerning trust.