Former Sandpoint planning director Jeremy Grimm is seeking $100,000 in damages from Bonner County following a dispute over land use decisions.

Dated Feb. 29, Grimm’s tort claim alleges damages caused by county commissioners and legal department employees. According to the tort claim, commissioners contacted Grimm’s employers at Kochava to accuse him of unprofessionalism, which resulted in Grimm’s work responsibilities being reduced. However, Grimm’s attorney argues he reasonably stated his opinions as a private citizen, not a company representative. 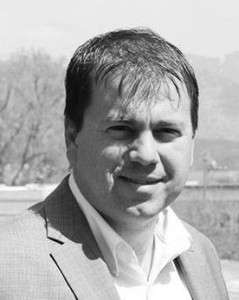 The conflict stems from comments Grimm made at a public hearing about the expansion of Alpine Cedar sawmill. Business owners and employees said the expansion was necessary to stay in business, while Grimm and other homeowners said operations damaged property values and quality of life. They also claimed the mill is violating its conditional use permit.

The tort claim states that in subsequent emails with Bonner County deputy prosecuting attorney Scott Bauer, Grimm criticized commissioners’ handling of the issue. These emails were forwarded to commissioners, who in turn sent them to Grimm’s employers.

“Commissioner [Todd Sudick] told [Grimm’s] employer that [he] attended public meetings wearing a jacket adorned with the employer’s logo,” the tort claim states. “Commissioner Sudick also stated that [his] demeanor and manner of speech at the meetings poorly represented [his] employer.”