When Democrat Anthony Joseph “A.J.” Balukoff ran for governor in 2014, he earned nearly 40 percent of the vote. It wasn’t enough, as Gov. C.L. “Butch” Otter entered a third term with over 50 percent. 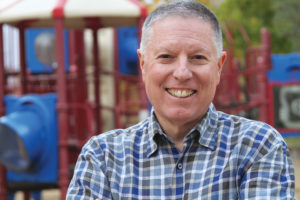 Now, with Otter not running in the 2018 election, Balukoff enters the field with a leg up: This is not his first rodeo.

Balukoff spoke with the Reader to highlight his platform and talk about what might be different this time around.

SR: So you ran against Butch Otter in 2014. I’m wondering what you maybe learned from that race. Is there something that will be different about how you run this race?

AB: The first thing that’s different is we don’t have an incumbent in the governor’s office, and I think that’s a big help because it’s extremely difficult to unseat an incumbent. The other thing that I think has changed is the political climate around the country, and I think in Idaho. Look at some of the other traditionally red states, whether it’s Alabama or Virginia or Georgia, there’s elected Democrats — and I think that’s going to happen in Idaho. We’ve been under a one-party domination for 57 years, and that party has led our state to the bottom in education, in median income, and people, I believe, are ready to change that and look in new directions to help Idaho rise up to its potential to be the best state in the union.

SR: You were once registered as an independent, and you’ve contributed to candidates from both parties. Why have you chosen to run as a Democrat?

AB: I think, like most Idahoans, I’m a pretty independent thinker, and so in the past I have contributed to Republicans occasionally. But I’m a Democrat because overall the Democratic vision, the Democratic values align with me. I think if people were to take a good look at the Idaho Democratic Party and what we stand for, they will find that they line up very well with their personal values. We believe in treating people with dignity and respect. We believe in caring for our neighbors, helping people with needs, and we believe in preserving freedom and privacy. And I believe most Idahoans believe in that.

SR: So you mentioned how Idaho is doing in education. As a long-time Boise School Board member, I’m guessing education is pretty important to you. Idaho is usually ranked last or next-to-last as far as the amount of money we spend on education. Why do you think that is, and how to we get closer to the national average?

AB: Education is my top issue. I’ve been on the Boise School Board for 21 years working hard to improve education in our district and I’m proud to say that the schools there are some of the best in the state and in the nation. We have a constitutional requirement to maintain a general and uniform system of public schools. Our state is not living up to that, and we need to. We need to make sure that the quality of a child’s education is not dependent upon where they live. Kids in Mackay and Challis should have the same opportunities to take AP classes that we get in Boise. We haven’t lived up to that at this point.

SR: There is currently a push to expand Medicaid in Idaho. Have you been following these efforts? For instance, Reclaim Idaho — the guys who started it are from Sandpoint.

AB: I have been following that movement closely. Luke Mayville and his crew are going to be in Boise tomorrow (Jan. 13) and I plan to be there helping them collect signatures so we can put that on the ballot. When I ran in 2014, health care was high on my list of things we talked about. I urged the legislature to do something about it, and made the pledge that if they’d elected me, I’d expand Medicaid coverage to cover the people that don’t have it. Four years later, we’re still talking about it, so we’re either going to get it on the ballot, or we’re going to motivate the Legislature to expand Medicaid, and if that doesn’t happen, if I’m elected they will get tremendous pressure from the governor’s office to cover the 78,000 working Idahoans — mothers and fathers and veterans — that are currently not covered.

SR: You have a Democratic challenger in Paulette Jordan. What makes you a better candidate?

AB: My experiences as a business owner. I have created good-paying jobs and helped to revitalize downtown Boise. In addition I’ve served 21 years on the Boise School Board, so I am intimately familiar with the issues that face education in Idaho and what it takes to raise the student achievement and the go-on rate for all students in our state. I’ve been on St. Luke’s Hospital Board in Boise for 12 years, so I’ve got a front row seat to what’s going on in health care. I think those are the types of things that would make me a better governor than any of the candidates that are currently running.

SR: I’ll have you complete this sentence for me: “A.J. Balukoff should be governor of Idaho because…”

AB: Because he will improve public schools, he will improve access to healthcare for all Idahoans, he will protect the public lands that are so important to our Idaho heritage and traditions, and he will make sure that we have equal pay for equal work, which we don’t have right now. Idaho women make 76 cents for every dollar that men make, and that’s not right, it’s not fair and we need to change that.