The sad, dangerous line from McCarthy to McGeachin

McCarthyism (noun): 1. the practice of making accusations of disloyalty, especially of pro-Communist activity, in many instances unsupported by proof or based on slight, doubtful or irrelevant evidence; 2. the practice of making unfair allegations or using unfair investigative techniques, especially in order to restrict dissent or political criticism.

On Thursday May 27, Idaho saw its very own McCarthy hearings begin with the first meeting of Lt. Gov. Janice McGeachin’s Indoctrination Task Force. One might argue that the name of the committee is a political blunder because it sounds like a task force that is focused on indoctrinating Idaho’s students, but since that is actually what it is aiming to do, the title is remarkably accurate.

At the heart of this task force is a significant lie: the lie that students are being “indoctrinated” in Idaho’s public schools by learning about (gasp) race in America. McGeachin, and the people she handpicked for her politicized task force, believe that it’s “un-American” to teach that enslaving Africans was bad or that we shouldn’t discriminate against people because of their race or that Native Americans were forced off of their land or that migrant workers are actually human beings or that Mormons at the turn of the 20th century were discriminated against and targeted in Idaho. 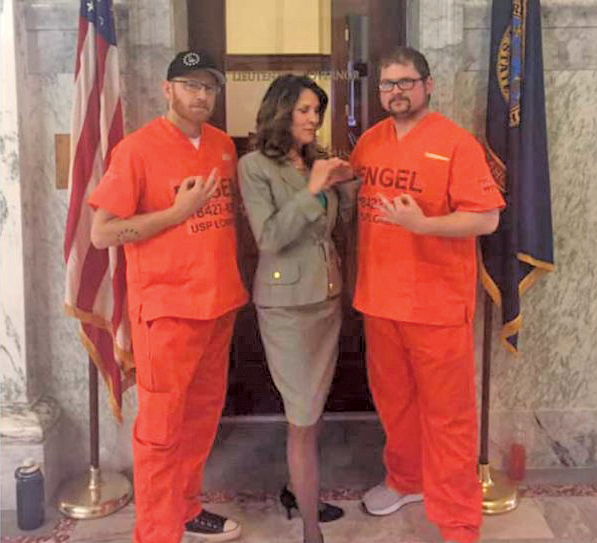 The big lie that the lieutenant governor is promoting through this committee is that U.S. history is un-American.

That’s right: The groups promoting this big lie argue that teaching kids about American history — a history full of both rich accomplishments and actions that are uniformly seen as bad choices today — is somehow disloyal to America and un-American. Well, McGeachin and her friends on the task force are wrong, and they are peddling the raw materials of disinformation: making Idahoans doubt even our own history as a people.

What is even more astonishing is that the entire pretext for establishing this Indoctrination Task Force was, apparently, based on fabrications and lies as well.

The right-wing extremists behind this “Farce Force” accused Boise State University of indoctrinating students and cited a student reporting that they had been bullied for being white. There was even a video, they claimed.

Let that sink in for a moment. This year, Idaho’s Legislature cut university budgets by $2.5 million, rejected $6 million in early childhood education, held K-12 teacher pay raises hostage and passed an overtly racist bill that directly called out the teaching of critical race theory —  teaching about race — based on this lie about our country’s history. And we now have a farcical task force filled with right-wing extremists looking for new ways to indoctrinate students in their manipulative belief system, and it’s entirely based on an incident and video that the evidence shows, at this point, didn’t happen and does not exist.

The conclusion is inescapable: this task force is based on an accusation (indoctrination); unsupported by proof (no report, no video); or based on slight, doubtful or irrelevant evidence. Even worse, the task force is the manifestation of a practice of making unfair allegations (non-existent incident and video) or using unfair investigative techniques (the task force filled with handpicked extremists), especially in order to restrict dissent or political criticism (teaching about any race from anything other than a dominant white perspective).

In other words, Janice McGeachin is filling the shoes of disgraced American Sen. Joseph McCarthy and using his eponymous technique — McCarthyism — to foment racial discord and actively censor learning and free speech in Idaho classrooms. And that is, without a doubt, as un-American as one can be.

Mike Satz is founding executive director of The Idaho 97 Project, theidaho97.org, which supports the democratic process in Idaho; counters disinformation and extremism through proactive, fact-based action and media messaging; and protects free expression and good governance for the public and public officials alike.