Despite support from a majority of the Idaho House and Senate, Gov. C.L. “Butch” Otter vetoed a bill authorizing teachers to use the Bible in public schools.

Citing concerns over constitutionality and the risk of law suits, Otter shut down the legislation after a lengthy and highly publicized debate in the Legislature. He backed his decision with support from Idaho Attorney General Lawrence Wasden, who also expressed concerns over the bill’s legal soundness. 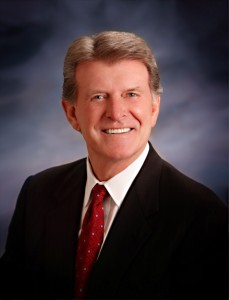 “I have deep respect and appreciation for the Bible as a religious doctrine as well as a piece of historic literature,” Otter wrote in his veto message. “However, allowing S1342 to become law is in direct contravention to the Idaho Constitution, and it could result in a loss of funding and costly litigation for Idaho public schools.”

The veto was a blow to North Idaho legislators who supported the legislation. District 7 Sen. Sheryll Nuxoll, R- Cottonwood, introduced the bill to the Senate Education Committee in February, said the decision circumvented the will of the Legislature.

Those of us who realize the value of Christian history in American society are disappointed Governor Otter vetoed SB 1342. This bill validated appropriate use of the Bible as a reference in public schools. Although 81 percent of Idaho’s legislators supported the bill, and a resolution affirming its content passed the GOP convention with a near unanimous vote, Governor Otter chose to say ‘no’ anyway.

Nuxoll also said that instead of protecting Idaho, the veto undermined an underpinning of its culture.

“A prosperous civilization needs a foundation,” she said. “People with last names like Washington, Adams, and Madison blatantly identified the Bible as that reference point. They feared not having it would result in corruption and misuse of taxpayer funds.  Are they right?”

Likewise, District 1 Rep. Sage Dixon, R-Dixon, thought Otter’s concerns were unwarranted, especially considering the bill had been amended to include the words “all religious texts.”

“I am disappointed in the Governor’s decision, although not too surprised,” he said. “S1342 was thoroughly vetted by both the House and the Senate, and passed each body overwhelmingly. Often good legislation is avoided because of what might happen, and the will of the people, through their representatives, is thereby ignored.”

“The Bible, in particular, is indispensable to correctly understanding the foundations of Western government and law,” he continued. “I will continue to advocate the merits of this bill in the future.” 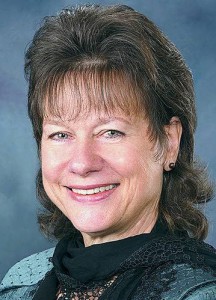 Nuxoll introduced the bill to the Senate Education Committee in February as a measure to ensure teachers felt comfortable using the Bible as a classroom reference. While Idaho and federal law already permits the study of religious texts in appropriate contexts, Nuxoll said in committee that many teachers felt pressure to avoid its use.

“A lot of teachers are scared to use the Bible,” she told committee members.