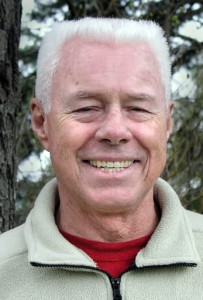 A colorful and energetic personality in local politcs, Mueller is most remembered as a politician for doing away with county building codes in the late 1990s. He is just as well-remembered for his actions outside the office.

David Keyes, former publisher of the Bonner County Daily Bee, shared some of his memories of Mueller on Facebook, one of which we’ve included below:

“Mueller was the mastermind behind the ‘Save a Tree, Cancel the Bee’ bumper sticker campaign that started before I arrived on the scene. These bumper stickers were everywhere for a time, and Mueller took great pride in letting me know exactly how many were out there. When he made his last push for public office, I decided to have a little fun and to match his bumper sticker campaign. I had a bumper sticker made that said: ‘He’s a dud, cancel Bud.’”

“He was a colorful character in Bonner County politics and will be missed,” Keyes concluded.