From the ground up

It’s a balmy 40-degree January morning in Sandpoint, and Dan Wimberly and his volunteer construction crew are hard at work building a Habitat for Humanity home for a local family in need.

A peek inside the half-finished house on Sequoia Street reveals that the sounds of hammers on nails and boots on plywood is coming from five men, taking the occasional break to enjoy a sip of coffee or contemplate light switch placement. As president and construction coordinator for the Idaho Panhandle Habitat for Humanity affiliate, Wimberly can speak to why, exactly, these retirement-aged men are spending a weekday morning with tools in their hands.

“After you retire, you think ‘I’m really bored, I need something to do,’” Wimberly joked. “But also, you look around at all these other nonprofits and you think, ‘Where could my skills be used?’ All of us said, ‘Habitat.’” 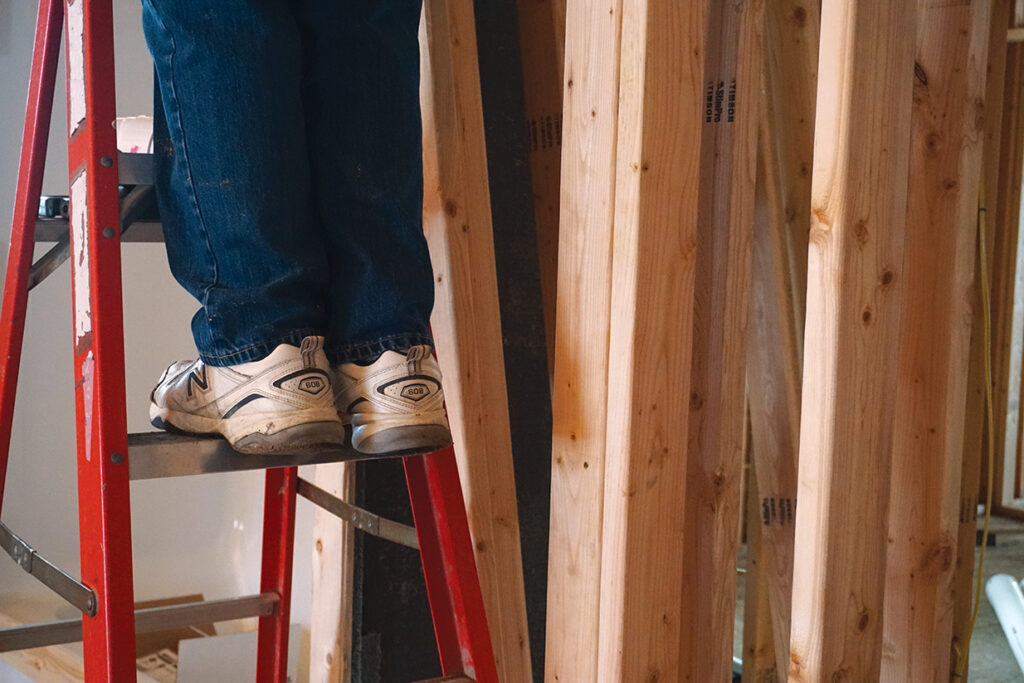 The crew on that damp Tuesday morning consisted of volunteers from all walks of life — former marine engineer Don Hutton; Bob Bianchetti, who used to work in commercial real estate; and 86-year-old Dick Ensminger, an IPHFH volunteer since 2000, who was an aeronautical engineer before dedicating his time to carpentry. In the words of volunteer and retired contractor Jim Cornwall: “It takes all kinds.”

Wimberly, who is retired from the Air Force and Boeing, said IPHFH is a flexible volunteer gig, with some workers being snowbirds who pitch in while they’re in Sandpoint during the warmer months. More than anything, the Habitat crew minces no words when it comes to their work.

“What we do is build houses,” Wimberly said. “It’s a bunch of guys. We’re not worried about tooting our own horn — we just do this.”

In order to receive a Habitat home, families must need housing, be employed, be willing to accept the publicity of owning an IPHFH home and “have enough income to support a small mortgage, but not enough to qualify for a conventional loan,” according to the affiliate’s website.

The family that receives a Habitat home will be expected to contribute a certain number of hours of “sweat equity” into their house, as well as into other Habitat projects — 300 hours for a single parent, 500 hours for a couple. Once completed, the family buys the home from IPHFH at 0% interest and makes mortgage payments that also cover estimated property taxes and insurance costs for the year.

An applicant family has already been selected for the home currently under construction — IPHFH’s 22nd home, which has seen some delay due to the COVID-19 pandemic — and the single mom who will receive it spends her Saturdays helping the crew to earn her hours.

Those families — who put themselves out there and are willing to put in the work to make their Habitat home a reality — are who inspire Wimberly’s crew to volunteer their skills and time. 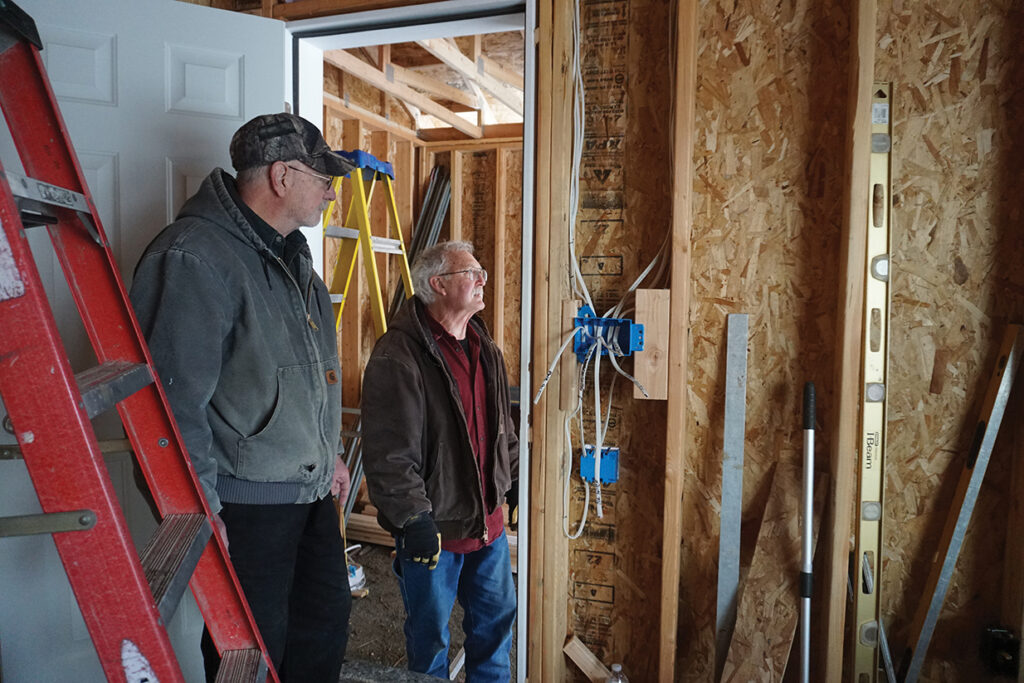 “It’s because of the kids,” Cornwall said. “They need to have a decent place to live in order to have a better chance at being successful in life.”

Christine Poulin said her future was clear until a spinal cord injury changed her life forever.

“I thought my whole life was planned out,” she said. “I knew what kind of house I could afford, what my pension would be — and then this happened, and everything went off the rails.”

After leaving an unsafe living situation, Poulin — who now uses a wheelchair to get around — found herself in a home that was not handicap accessible and lacked adequate space for her family. She said she slept on the couch in the living room for six years. Still, she was thankful.

“It was not a great situation that we had to leave, so I was grateful that the kids were safe, and I was safe,” she said.

At the suggestion of a mentor, Poulin applied for a home through IPHFH. In the spring of 2015, she got the news: she and her children would receive a Habitat home in Schissler Meadows, a development in Kootenai named for affiliate founder Mike Schissler, a much loved local builder who passed away in 2002 at age 47 after a long battle with cancer.

“I sometimes still have a hard time wrapping my head around it, I do — that I can wake up in my own bedroom and I can look out and see Schweitzer and I can say … I’m paying for this,” Poulin said.

Poulin invested her share of sweat equity and then some, working with Wimberly and his crew to accomplish tasks adapted to her abilities: filling in nail holes, painting, learning about how to place electrical wiring, baking treats for the volunteers and more. 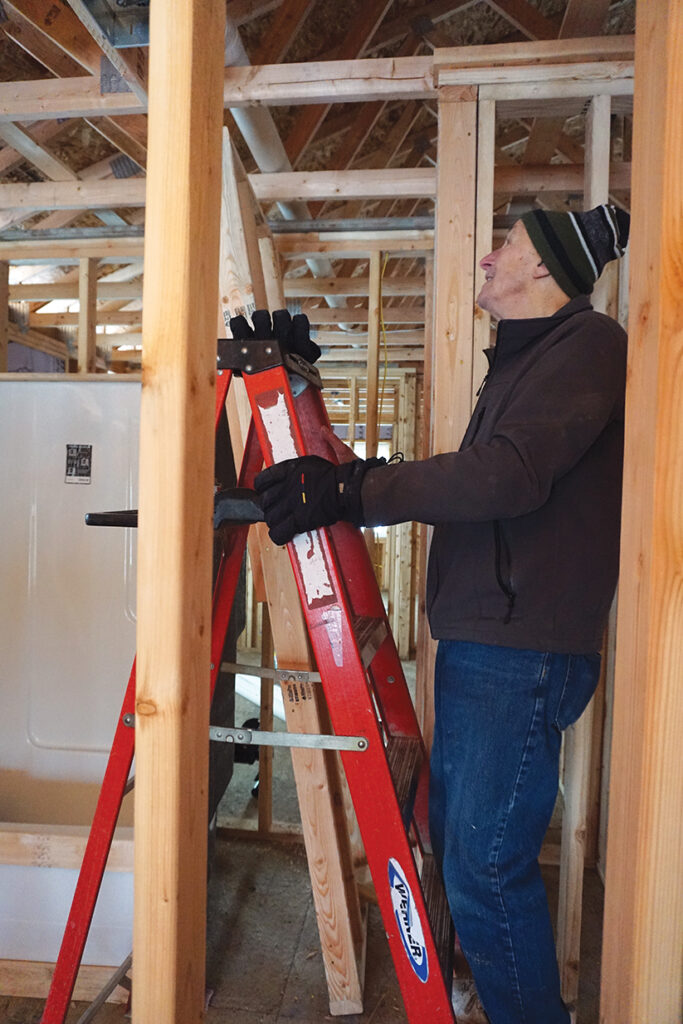 “The thing that was so awesome was that I was participating in building my family’s future,” she said. “I wasn’t just an observer — I was participating, and I think in doing that, there was more investment in the home. I feel like this is something I helped build.”

Poulin also helped with the Habitat home under construction before hers, paying it forward as part of the program.

“I remember painting the window sills in what would become the little girl’s room, and I remember thinking, ‘She’s going to go to this window sill and I painted this for her,’” Poulin said. “It’s that spirit of giving forward and that spirit of participating in your own blessing.”

Idaho Panhandle Habitat for Humanity relies on donations of both money and volunteer time to make affordable housing a reality in Bonner County.

The affiliate’s ReStore, located at 1519 Baldy Park Road in Sandpoint, sells donated home improvement materials, with profits benefiting construction of new Habitat homes. Financial donations can be mailed to P.O. Box 1191, Sandpoint, ID 84864, or made online at iphfh.org. Wimberly said IPHFH is always in need of “people in excavation” to help develop land for future homes, and that his crew will welcome anyone who has a skill.

“We can also use people that don’t have a skill,” he said. “We’ll teach them.”

Community members can also help by spreading the word to local families whose story could be changed with the help of IPHFH.

“If there’s anybody that thinks that they need a safe home, and they’re willing to work really hard for it and they want to meet some amazing individuals who — you’ll love them for a lifetime — then this is definitely the place to apply,” Poulin said.

She emphasized that the chance to work with Wimberly’s crew is an experience unlike any other, calling the volunteers her “favorite people in the whole world.”

“Their hearts and their skills — you’re not going to find better people,” she said.