From her nation to the world

Mary Frances Thompson Fisher grew up during a tumultuous time in Native American history, coming of age at the turn of the 20th century in pre-statehood Oklahoma as a member of the Chickasaw Nation. Under pressure to assimilate into white culture, Fisher pushed back and pursued an education in theater, finding her voice as a performer telling the stories of her tribe in one-woman shows that ultimately went global. 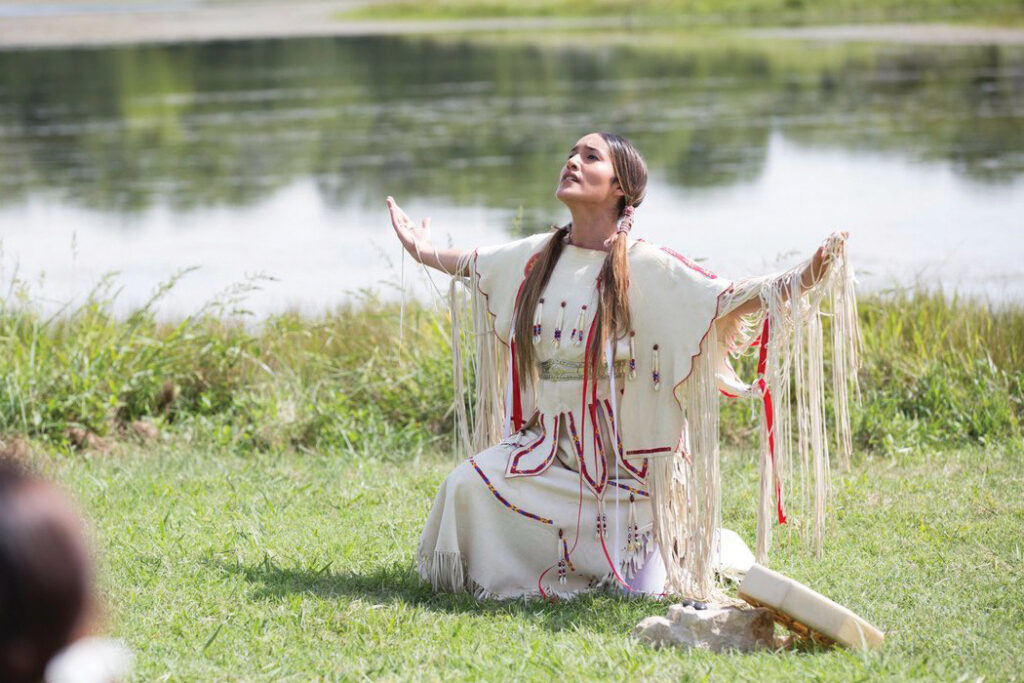 A screenshot from Te Ata, which will play at the Panida Theater Feb. 4. Courtesy photo.

Over the course of decades and under her stage name, Te Ata, given to her in childhood, Fisher traveled the world and built connections with leaders, performing at the White House, in England for the royal family and beyond.

Despite her death at 99 years old in 1995, Fisher’s impact on American culture is still felt today as the Chickasaw Nation continues to share her story in works like Te Ata, the 2016 feature film about her journey to becoming a world-renowned performer, showing at the Panida Theater on Friday, Feb. 4 at 7 p.m.

Traditional storyteller, dancer and musician Dan Namankin will provide an opening performance before the free screening, which is presented by the Bonner County Human Rights Task Force. Namankin hails from the Chief Joseph Band Of Wallowa, Nez Perce and Colville Confederated Tribes of Washington State.

Te Ata’s $2 million budget was financed entirely by the Chickasaw Nation, which has prioritized funding films that tell similar stories. Despite the indie nature of the film, Deadline compared Te Ata’s production quality to that of a “$50 million Hollywood feature.” The movie, which was shot entirely in Oklahoma, serves as a chance for members of the Chickasaw Nation to control their culture’s storytelling from start to finish.

“Hollywood will take its licenses with characters and storylines, but it’s so much more encouraging and inspiring to hear the stories told from a tribe that originated the stories from the beginning,” Comanche actor Gil Birmingham, who played Te Ata’s father in the film, told NPR in 2017.

Vicky Gold, a Chickasaw woman featured in the same NPR story about the film, emphasized the importance of not just a Native, but a Native woman, being accurately represented in popular media.

“Just being a woman and Chickasaw Native American, to me, that meant a lot because the Chickasaw Nation got to tell the story their way,” she told NPR. “It wasn’t the old cowboy-and-Indian way. It was our story.

“We, the Chickasaws, Native Americans, we are Broadway performers,” she added. “We are actors. We are doctors. We are lawyers. We’re not just an Indian in a movie like you see with the head dress. We’re just like you.”