It takes a lot of work to make a feature film. All the pre-production, planning, shooting, rewriting, editing and a thousand other tasks are instantly worth it the moment the film is projected onto the big screen for all to see. 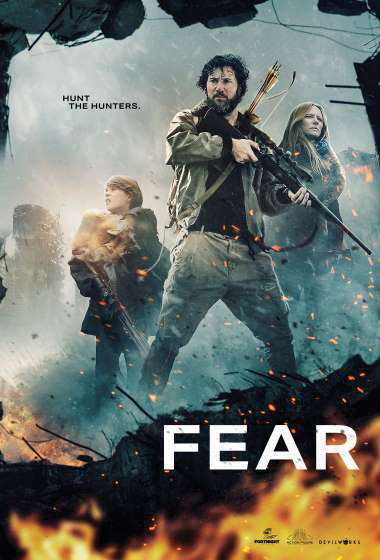 For local cinematographer Jimmy Matlosz, that time is now. The Panida Theater will present a special screening of F.E.A.R. at 7 p.m. on Saturday, Feb. 5. Matlosz and the Idaho Film Company donated the screening to the Panida, with funds benefiting the theater.

Set in a dystopian world, the action thriller F.E.A.R. follows a young family as they struggle to survive the harsh environment of a Pacific Northwest winter during a deadly pandemic, as well as the threat of zombies and bandits who threaten their lives and steal their supplies. With time running out they form an unlikely alliance with the marauders to survive the apocalypse.

F.E.A.R., or “Forget Everything And Run,” was written by Jason Tobias, who also stars in the film that he and Geoff Reisner co-directed. Tobias has confirmed he will be flying in for the screening, and will join Matlosz for a Q&A directly after the film. There will also be a meet-and-greet to discuss the future vision of the Idaho Film Company. Tickets are available for $10 online at panida.org or at the door the night of the screening.

The film was produced by Action Figure Entertainment and filmed by Matlosz, who is based in Sandpoint. Matlosz was tapped to shoot F.E.A.R. in 2019 and, shortly thereafter, was recruited for the Netflix original Yes Day starring Jennifer Garner. Additionally, he filmed the first-ever IMAX student film, The Princess and the Pea; award-winning stop motion work for My Name is Earl; and has contributed to numerous music videos and documentary films.

Matlosz founded the Idaho Film Company with the goal to highlight North Idaho as a potential location for upcoming feature films. He has also personally written several screenplays slated for production in North Idaho beginning in the fall of 2022. The Idaho Film Company is currently seeking investors and partners to develop filmmaking in the region, which Matlosz says will bring job opportunities and revenue to Idaho.

“We made the film on a shoestring budget, in some harsh conditions and pulled it off without a hitch,” Matlosz said. “There are lots of good stories from the production that I love to share. As a newly-elected Panida board member, I’m thrilled to be able to bring this premier screening to Sandpoint to benefit the historic theater. This will be the first theatrical screening of the film in the U.S.”

To learn more about the Idaho Film Company, visit theidahofilmcompany.com.