Fore before the Fourth

Before the Old Fashioned Fourth of July festivities bring the streets of Clark Fork to life on Monday, community members and visitors alike will have the chance to kick off the weekend with some fun on Saturday, July 2, as volunteers host the annual Clark Fork High School Golf Tournament at Wampus Park — a golf course located behind the school’s football field on Stephen Street. 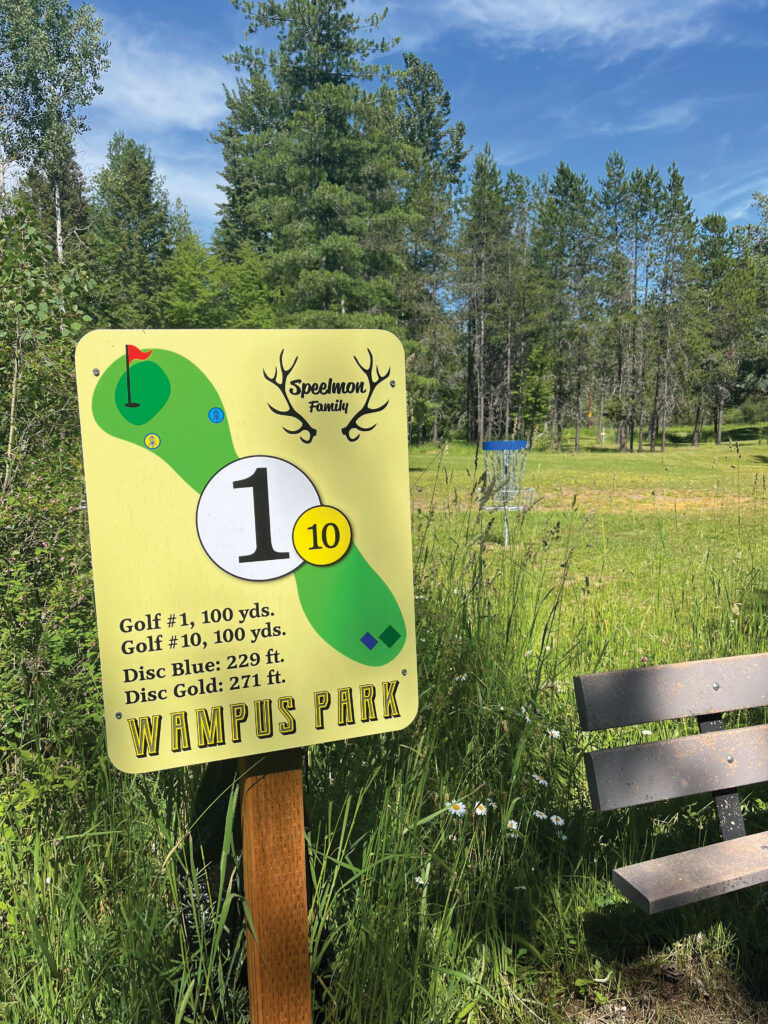 A sign marking the first hole on the Wampus Park golf course in Clark Fork, sponsored by the Speelmon family — also the hosts of the Saturday, July 2 golf and disc golf tournaments at the park. Photo by Lyndsie Kiebert-Carey.

Organizers Lewis and Patti Speelmon started hosting a nine-hole golf tournament in 2015, but the event — and the grass course — has since grown to encompass disc golf as well.

“We’ve got all these people around [town] and a lot of them come early [for the Fourth of July festivities],” Lewis said. “Yes, we do have the lake, we have the river, we have hiking — all those types of things. But there are some who would like to do something else.”

The cost is a $25 donation per person for either competition, with all proceeds going toward maintaining Wampus Park and other CFHS athletic program needs. Participants will receive three golf balls, tees and water. Men’s and women’s winners in both events will receive prizes.

Wampus Park is free and open to the public for golf, disc golf and for those simply looking to go for a nice walk in the woods. It is a joint effort between the school and community, which has rallied to sponsor the landscaping and signage on the property. Signs, benches and disc golf baskets are still available for sponsorship, which can be secured by contacting CFHS directly.

Lewis said he hopes to someday see a gazebo in the park, and would encourage those who enjoy the property to consider dedicating their time to events like the annual golf and disc golf tournament.

“It’s time for some others to take it over if they like it,” he said.