There are many timeless pairings in life: Romeo and Juliet, peanut butter and jelly, Batman and Robin. When July rolls around, though, Sandpoint gets to enjoy the winning combination of Sandpoint Lions Club and Independence Day. The philanthropic organization has hosted Fourth of July festivities in Sandpoint since the early 1950s, providing generations of families with memories of this special holiday in which we celebrate our independence. 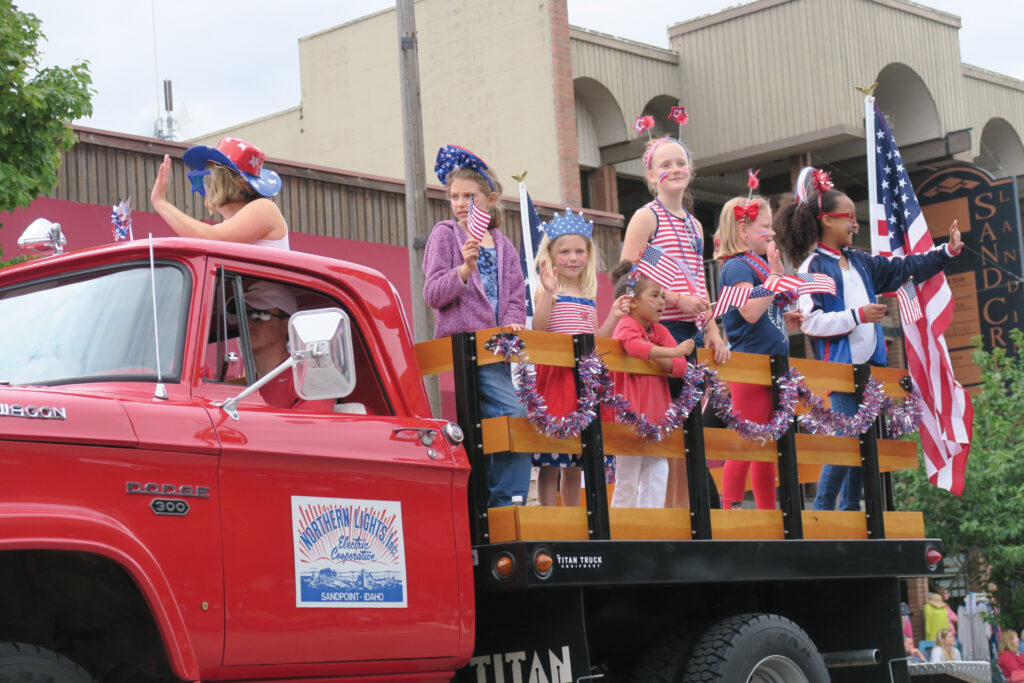 A photo taken during the Grand Parade on July 4, 2019 by Ben Olson.

The theme this year is “One Nation Together,” which the organization said was a nod to “showcase the community and how, united, it can do anything.”

The fun starts at 9 a.m. Monday, July 4 with the Children’s Parade — an endearing hors d’oeuvre for the Grand Parade main event kicking off at 10 a.m. There is still time to sign up for a float in the parade.

“To take part in the parade, go to the Lion’s Club Facebook page or website,” the organization wrote in a press release.

During both parades, and throughout the day, the Lions will be roaming around selling their annual raffle tickets. You can also find them selling tickets at North 40, Super 1 Foods, Yokes, Walmart, Co-Op Country Store and the Hoot Owl.

This year, the raffle prizes are a $5,000 shopping spree anywhere in Bonner County (including gas stations) and the second prize is $1,000 cash.

“Those are the best prizes we could think of for this economy,” the club wrote.

There will be plenty of food vendors and fun to be had in downtown Sandpoint leading up to the biggest attraction: the annual fireworks display at dusk at Sandpoint City Beach. Be sure to head down to the beach early to claim a blanket spot, as thousands of locals and visitors alike gather to watch the display.

Dusk on Monday, July 4 will occur around 9:30 p.m., so expect the fireworks anywhere within a 30-minute window of that time. The displays vary each year, but always seem to outdo the previous year.

The Fourth of July is one of the many philanthropic events the Sandpoint Lions Club hosts in the community every year. Proceeds from their raffle will help fund the group’s other community projects, including an annual Easter Egg Hunt, a sight and hearing program providing eyeglasses and hearing aids for the community, the annual Halloween Haunted House, books provided to the local day care centers, support for the Canine Companions for Independence program, Toys for Tots and more.