As the level of Lake Pend Oreille begins to rise, it’s worth knowing how the refill process works

The sun is shining, birds are chirping and the muddy shoreline of Lake Pend Oreille will soon start slowly disappearing beneath the waves. Lake Pend Oreille is on the rise — or at least it will be, on the official lake refill start date of Friday, April 1. 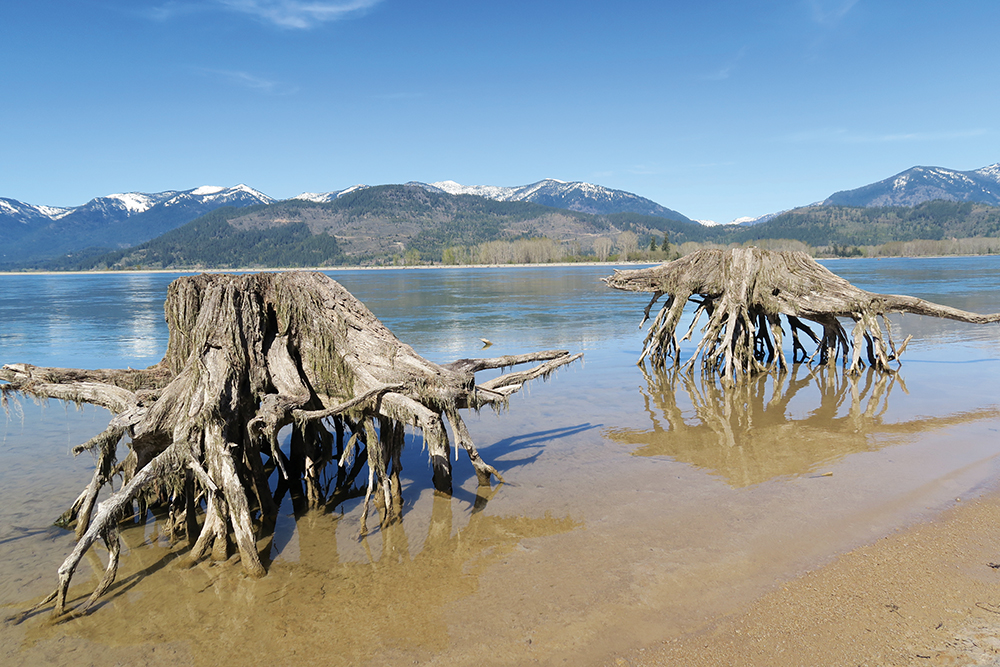 Those in the know understand that refilling Lake Pend Oreille is no straightforward business, as many variables, including snowpack, temperature and precipitation, will dictate how quickly the lake refills and whether North Idaho’s cup will runneth over — i.e., a flood year, which the lake and surrounding waterways last experienced in 2018.

The refill process aims to avoid flooding and, with that in mind, those managing operations at the Albeni Falls Dam on the lake’s west side are always hesitant to outline any solid dates for the refill period — specifically, when Lake Pend Oreille will reach summer pool, or, 2,062.5 feet.

“All of my answers are going to be started with, ‘It depends,’” said Upper Columbia Senior Water Manager Leon Basdekas, who oversees operations at Albeni Falls Dam under the U.S. Army Corps of Engineers.

Still, the broad strokes of the lake refill process follow a basic timeline. Refill begins on April 1, as the dam begins to close its gates to allow spring runoff to accumulate upstream. From there, things are flexible, depending on the year.

“How that refill looks really depends on how the runoff comes in,” Basdekas said. “It isn’t going to be in a straight line at a set target date.

“It’s more about when the flood risk has subsided,” he added.

All signs are currently pointing to a fairly normal year in terms of flood risk, which will likely mean Lake Pend Oreille reaches summer pool by mid-June.

“We are keeping an eye on things and will adjust that refill date to when we think that the flood risk has passed,” Basdekas said. “It might come a little bit sooner, and it might come a little later — it really just depends on if we keep a cool spring, for example, where that snow just stays up there, then we’ll have to keep the lake a little lower. If it comes off earlier, faster, we could hit a refill date earlier.”

When it comes to what areas of snowpack have an influence on Lake Pend Oreille, “it’s not just what’s happening here locally” that you have to consider, Basdekas said. Also important to track while mitigating flood risk are potential precipitation events.

“The bulk of the watershed is actually in Montana, so we really have to keep an eye on what’s happening up there,” he said. “Right now, we’re looking at pretty close to an average year in terms of snowpack in the watershed. But, in this area, we can get those late-spring, early-summer storms that we need to be aware of and be ready for. They can come on and put a lot of inflow into the lake late in the refill season, so we need to be aware of that and that’s a challenge that we have every year when we’re refilling the lake.”

Basdekas said that current forecasts anticipate North Idaho will see a “slightly better chance of being cooler than normal and slightly wetter than normal” over the next month.

What this will mean for the lake is variable.

“We look at these things, [but] we don’t make decisions on them,” he said. “We keep them in the back of our mind, but we’ve seen them change, too. It’s difficult.”

In a March 14 media release, Lakes Commission Executive Director Molly McCahon made reference to her organization’s continued efforts to encourage the Corps to bump up the lake’s refill date during years when flood risk is minimal.

“We think that when we are experiencing an obvious drought or non-flood year, Lake Pend Oreille should be brought to summer pool just ahead of [the] Memorial Day holiday weekend so our community can benefit from all amenities a stable summer lake level provides: boat launch access, fishing, fish habitat, dock moorage, marina facilities, hotel stays, restaurants, shopping — you name it,” she wrote.

In regard to those recreational concerns, Basdekas said that the Corps has tried in recent years to make the refill process “more dynamic,” looking to “adjusting refill on the fly, rather than targeting a certain date.”

The Lakes Commission, a board tasked with advocating for North Idaho’s waterways, will hold a meeting in the coming months to update interested parties on various lake-related issues — a meeting during which Basdekas said the Corps will give an update on dam operations and the refill process. Though no date is set, the meeting is anticipated for early May.