Ch-ch-ch-changes at the Reader

We have some pretty exciting developments here at the Reader we want to let you all know about. Starting the second week of July, original Reader co-owner and former editor-in-chief Zach Hagadone will be stepping back into the editor’s chair, and longtime editor Cameron Rasmusson will transition into an “editor-at-large” position.

Let me explain what this means. 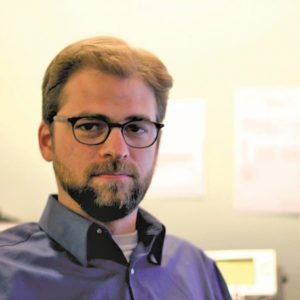 First of all, rest assured that Cameron will still very much be part of the Reader team. His position as “editor-at-large” will mean he won’t be saddled with the weekly ball and chain of editing the paper, but rather, to work on long-form journalism stories, focus on special features and contribute the odd piece of writing. You’ll still see his byline often, and he will remain on the masthead, and he’ll always have a desk to sit at in our shabby high-rise offices in Sandpoint.

With the addition of Zach to the team, the Reader’s coverage and quality will undoubtedly improve. For those of you who may not be familiar with Zach Hagadone, you wouldn’t be reading this newspaper if he wasn’t around. Zach – along with the help of a few 20-somethings (including yours truly) – first launched the Reader in 2004 as an alternative voice in Sandpoint media. After almost eight years of heart and passion, Zach and co-owners John Reuter and Chris DeCleur took jobs that actually paid living wages, and the Reader went out of publication until 2015 when I brought it back from the dead with my business partner, Chris Bessler at Keokee.

Zach has been a newsman since grade school, when he co-founded a newspaper at Sagle Elementary School. He subsequently worked on the Sandpoint High School Cedar Post and the Albertson College of Idaho’s Coyote before finishing his undergraduate work. Before founding the Reader, Hagadone (rest assured, he is not related to those Hagadones) also worked as a weekend staffer at the Associated Press Capitol Bureau in Boise.

After the Reader folded in 2012, Hagadone took a job at the Idaho Business Review in Boise and later served as editor of the Boise Weekly from 2013-2017 and columnist at the Inlander for a couple years before taking a hiatus for a return to school. Recently, Hagadone completed graduate school at Washington State University in Pullman to obtain a Master of Arts in History degree, focused on American colonial and early republic history. Upon completion of this goal, Hagadone and his wife and two children set their sights on returning to his hometown of Sandpoint to live and work again.

“It’s hard to describe how it feels to have this opportunity not only to return home with my family, but to come back to a thriving Sandpoint Reader, which I also think of a sort of home,” Zach wrote. “Doing the Reader from 2004 to 2012 – sometimes from as far afield as Boise, while Reuter minded the store in Sandpoint – was one of the hardest, yet most rewarding things I’ve ever done. Seeing how Ben and Cameron have revived and improved it over the past few years has been gratifying, exciting and, more than once, made me jealous that I wasn’t working alongside them. This paper has achieved something increasingly few news outlets can claim: It’s an essential, valued part of its community. That’s thanks to the work of Ben and Cameron, but also the talents of the Reader’s contributors and support of its advertisers and readership. I can’t wait to contribute to the ongoing success of the Reader and again be a part of this community, which means so much to me.”

Not only is Zach an old friend born and raised in Sandpoint like myself – he is recognized as one of the top journalists in Idaho, with over a dozen Idaho Press Club awards and more than 20 years of experience under his belt. He placed third in nationwide election coverage at the Association of Alternative Newsmedia in 2012, and his work has appeared in a dozen alt-weeklies around the country. Even if I didn’t know and love Zach as a human being, he would still be absurdly overqualified for this position. 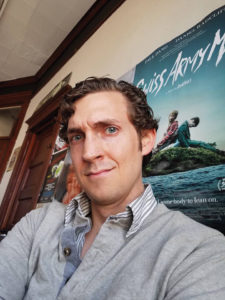 As far as my role at the Reader, nothing will change with Zach’s addition. Perhaps my whiskey consumption will increase?

For Cameron Rasmusson, after over four years staring down the barrel of weekly deadlines, the transition marks a possible new career direction. Cameron has expressed interest in attending law school in the near future and obtaining a law degree, a goal we wholeheartedly support here at the Reader.

“I’d been thinking the past couple years about branching out into a different direction career-wise, and Zach coming back to Sandpoint finally gave me the opportunity to do that. There’s a lot to do before I can apply to schools, and I can’t do it if I’m tied down to an office,” he said. “It’ll be bittersweet to not be at the Reader every workday, because I consider everyone here to be a second family. But I’m excited to be heading back to school and encouraged by all the community members who are helping me get there. I’m also thrilled to be working directly with Zach, because there are few people I respect more than him.”

Aside from his school plans, Cameron will also take on several other writing gigs, including his recent joining of the Friends of Scotchman Peaks Wilderness staff as a communications specialist.

“We are excited to have Cameron join our staff,” said FSPW executive director Phil Hough. “With his skills as a writer and editor and his deep roots to our area he brings a lot to our team!”

Cameron’s main responsibilities with FSPW will be to write blog posts, edit the quarterly newsletter and help spread the word about the wild backyard in North Idaho.

“I’ve always been interested in the work the Friends of Scotchman Peaks Wilderness does,” he said. “I think I can add a lot to the Scotchman Peaks team. And there’s a chance for me to learn a lot, too.”

“I’ve admired Cameron’s work for many years and hope that I can continue the standard of excellence he’s established,” Zach wrote.

Change can sometimes be tough, but rest assured this is an improvement for all involved. I could no t have launched the Reader into such a successful run without Cameron’s help these past four and a half years. I will always consider him a dear friend and thank him from the bottom of my heart for the years of quality work and integrity he brought to this newspaper. To step away from the weekly deadlines and contribute writing on his own terms is actually a dream of mine, so I’m a little jealous of Cameron at this moment. But when he’s elbow-deep in law briefs and working 50-plus hours a week, I’ll have my revenge.

We’ll be hosting a little celebration of sorts to commemorate the transition. We don’t have any details, of course, but stay tuned to the future issues of the Reader to find out where we’ll go and how much beer we’ll drink.