Sandpoint Police arrested a suspect in a 30-year Sandpoint cold case thanks to the power of DNA evidence.

Law enforcement arrested William R. Acosta at his Ponderay home after processed DNA evidence returned a match in evidence collected from the 1987 murder. A grand jury empaneled on Thursday, June 27, returned an indictment against Acosta for the murder of Tammy Bristow. 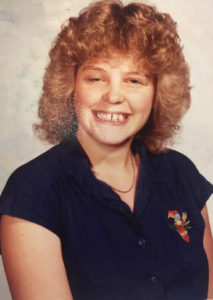 A case that went unsolved for decades, Bristow was found dead by Sandpoint police and first responders on Jan. 8, 1987. Responding to reports of an unresponsive woman, the emergency crews found Bristow, 18, in her South Sandpoint apartment showing signs of death by strangulation. Police believed that Bristow was familiar with her attacker, as there were no signs of forced entry. The crime may have been motivated by robbery, as police concluded that money was unaccounted for at the scene.

As the 1987 investigation unfolded and the crime scene evidence was processed, police identified a man named Fred Gauerke as a primary suspect. Gauerke was eventually charged with murder. The prosecuting attorney at the time, Phil Robinson, filed a motion to dismiss the charges against Gauerke after the preliminary hearing until more evidence could be collected.

According to KXLY News, fiber evidence linked Gauerke to fibers in Bristow’s apartment. He’s also had other run-ins with the law, breaking into an apartment and holding a woman captive just days after the murder. Finally, in a bizarre twist still unexplained, he had Bristow’s Bible in his possession, Gauerke was the prime suspect in the case until DNA evidence led law enforcement in a different direction.

It was DNA evidence that led to a break in the case. Like many cold cases around the country solved decades later, it provided a definite link between the victim and the alleged perpertrater. In this case, it was material collected from Bristow’s fingernails.

Police reopened the case in 2016 and sent the evidence for testing at the Idaho State Forensic Lab. Gauerke was the first to be tested against the evidence, but it was not a match despite it being definite male DNA. From there, law enforcement entered the sample into the CODIS system. The evidence returned a match for Acosta.

“Obviously, we feel DNA under the victim’s fingernails is strong forensic evidence,” Bonner County Prosecutor Louis Marshall told the Spokesman-Review. “Whenever you are dealing with a case like this, there are obviously some hurdles that we have to go through. Nineteen eighty-seven was a long time ago. We have to show chain of custody. We have to figure out who did what in terms of the evidence.” 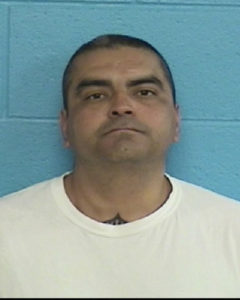 KXLY News reports that Acosta had a personal connection to Bristow — she babysat the child of his girlfriend at the time. He ran afoul of the law in Arizona, with charges of aggravated assault against a police officer and vehicular homicide. In 1988, he was jailed for robbing a Sandpoint cab driver. And according to the city of Sandpoint, he was a local resident at the time of the murder.

Acosta awaits his court proceedings in jail, held on a $1 million bond.

The Bristow case is similar to dozens of other crimes around the country being solved thanks to DNA evidence. According to the National Institute of Justice, the research, development and evaluation agency of the U.S. Department of Justice, DNA evidence is a powerful tool to provide closure for families who have lived with uncertainty for decades. To that end, the institute provides grant funding to state and local governments for evidence processing.