Dan McDonald will not run again for BoCo commissioner

Bonner County Commissioner Dan McDonald, who has served two terms in the District 3 seat over the past five years, announced Feb. 21 that he would not be running again in 2022. 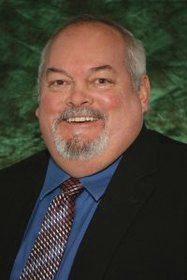 McDonald, a Republican, said he vowed after winning his first election in 2016 that he would serve two terms and retire.

“It was a promise I made to myself, my family and so many of us who believe in term limits,” he stated in a news release.

McDonald said he did consider a third term, mostly due to “a small minority of very vocal people [who] are dividing our county and leading you to believe we are broken.”

“Many of these are newcomers who believe we need them to save us from ourselves,” he added. “I considered running again because I care deeply for this county and for the devoted employees I’ve come to care about very much. I simply couldn’t bear to watch our accomplishments be undone nor these terrific employees be left to unqualified management.”

However, McDonald ultimately decided to retire after his current term, following his wife, who will retire in June. He added that he is proud of his efforts to make Bonner County “fiscally strong” by reducing spending and implementing operational changes. He thanked the department heads for their hard work in putting those changes into action.

McDonald is endorsing Luke Omodt, a lifetime local and Army veteran, for the District 3 commissioner seat, stating that he feels Omodt “possesses the experience and values to continue on the path of fiscal responsibility and qualified leadership.”

“I want to thank this great community for all your support throughout the past five years and of course all those who helped me in my two campaigns as well as all those who were supportive along the way,” McDonald concluded in his media release.

Koster was born and raised in Bonner County, growing up in the Selle Valley and graduated from Sandpoint High School. She has been married for 29 years to her husband Terry, and raised two grown daughters who also graduated from SHS.

She has worked for Bonner County for 29 years, with her career starting in 1993 in the treasurer’s office where she worked for 23 years — 14 of those years serving as the chief deputy treasurer.

“I know the inside workings of the treasurer’s office,” she said. “I’ve done the job and I know the Idaho Code that dictates the duties of the office.”

She accepted a position with the county auditor’s office as an accountant in 2016, and in 2019 was appointed chief deputy clerk. In her current position, Koster manages all operations for Bonner County Elections.

Koster stated that her duties with the auditor’s office have “given her a full understanding of the county’s financial reports, budgets and how levies are calculated from the various taxing districts that are used to determine the tax amounts that will be assessed.” She also took part in the implementation of the county’s new financial system adopted in 2017, which, she said, “gave me the complete knowledge of our system, which is needed to serve as treasurer.”

Koster, who is running on the Republican ballot, plans to “streamline processes that will benefit taxpayers,” like additional drop box options and longer office hours when taxes are due in June and December. She also plans to find ways to improve efficiencies for banking processes and safeguarding county money.

“Not only can I guarantee a seamless transition from Day 1, I can also assure that the office will continue to be run with the dedication, professionalism, accuracy and accountability that the citizens of Bonner County deserve,” she said.

Randi Flaherty, a 30-year county resident and 18-year employee in the Bonner County Recorder’s Office, is running for the District 2 seat on the Board of County Commissioners.

In a news release Feb. 9, Flaherty said she is “running for smart growth in Bonner County.”

“Land that was once farmland, nature space and wooded areas our families once enjoyed is now being paved for development and housing for incoming residents,” she said. “If we don’t work with our community and lawmakers on smart growth of our county, our beloved panhandle will be nothing more than apartment complexes and strip malls.”

Flaherty is also concerned about the current housing market “pricing out locals” and rising taxes “due to new large developments,” and is advocating for increased fees for some of the processes involved in such developments.

“Our state is considerably behind in concerns to recording fees and could benefit substantially by bringing these fees up to date,” she said. “For example, other states charge nearly $250 to record a platted subdivision, while Idaho only charges $11 for the same service. Raising these types of fees could benefit our county in such a terrific way.”

Flaherty would also like to see term limits adopted in the county “to get away from the ‘good ol’ boys club’” she believes elected officials currently enjoy.

“I plan to take the bull by the horns and make positive changes for both the employees and the public who I work for,” she said.

Flaherty, a Republican, will face District 2 incumbent Jeff Connolly in the May primary.

The candidate filing period opens on Monday, Feb. 28 and closes on Friday, March 11. For more information go to sos.idaho.gov or bonnercountyid.gov/departments/elections.