Construction work began April 11 at the northeast corner of Bridge Street and First Avenue in downtown Sandpoint, where a hole has sat in place of a number of buildings destroyed by fire in February 2019. 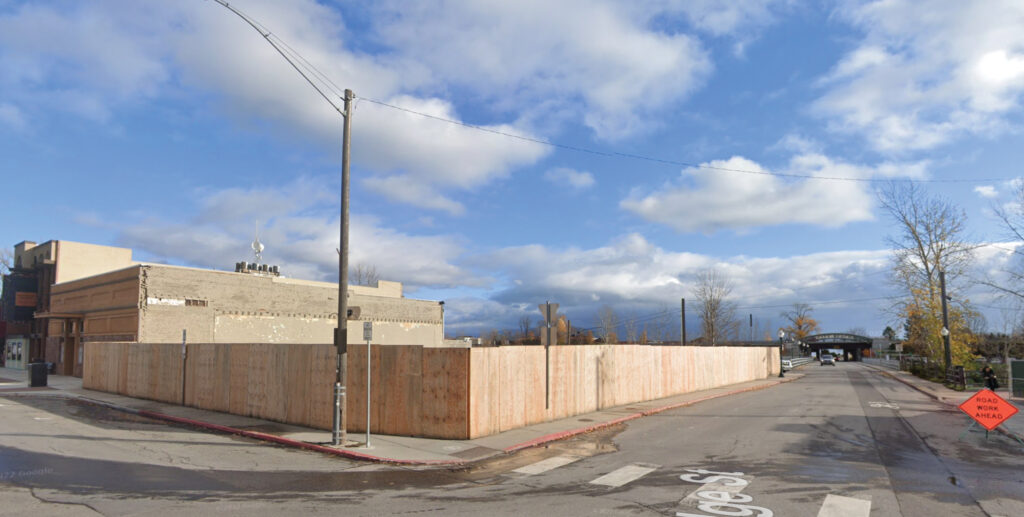 The corner of First Ave. and Bridge St. in Sandpoint before crews began work on the site. Courtesy photo.

Crews are now replacing the shoring supporting the right-of-way, where sidewalks and the roadway are retained by the foundation walls left by burned buildings. According to the city of Sandpoint, a new sidewalk will be poured, which will ultimately be widened as a part of the Phase 3 Downtown Revitalization project anticipated to begin in fall 2023.

Construction at Bridge and First will continue through the rest of April and into the first week of May between 8 a.m and 4 p.m., Monday-Friday.

Officials cautioned that the work will require occasional lane closures on Bridge Street, controlled by flaggers. The two on-street parking stalls on First Avenue will also be closed.  Pedestrian detours adjacent to the work zone will be in place to enable removal and temporary replacement of the sidewalk. During construction, there may be times of loud noises as the new sheet walls are installed.

Speculation and rumors have run high about what might replace the former structures at the site, and the city noted that it has not received the permit application for the new building to be constructed at Bridge and First, but it is expected within the next few months.

Meanwhile, the property owner and the city have coordinated to expedite the right-of-way work to ensure no impacts to pedestrians or traffic beginning with the Lost in the ’50s weekend through Labor Day.