Community, cake and a time capsule

Museum Administrator Hannah Combs told the Reader that the mission to catalog Bonner County’s past actually launched much earlier, sometime in the 1940s, when Dr. Ethel Page Westwood and the Gem Club began collecting artifacts of the area’s natural history “to save for a time when a museum would be created.” That museum would become a reality in 1980 with the help of the newly incorporated historical society. 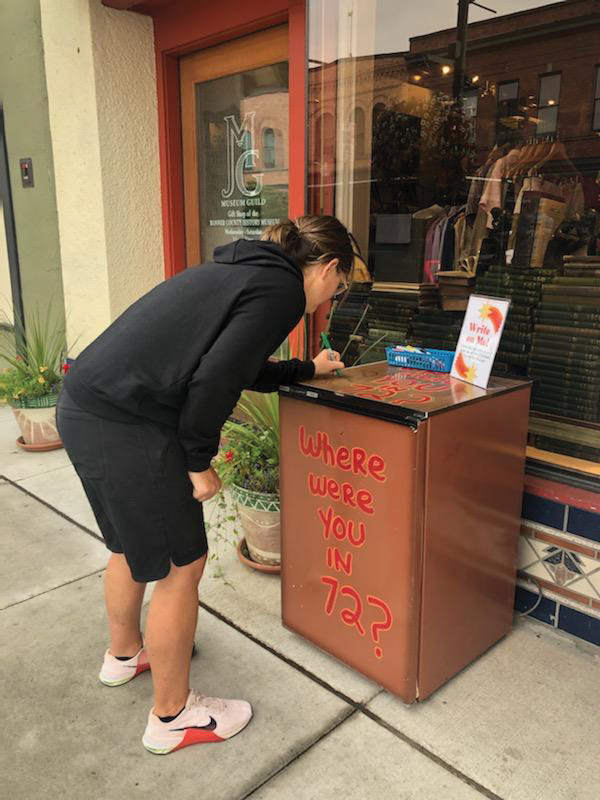 “We’ve been preserving history here for a very long time,” Combs said, “but the organization itself has been around for 50 years this year.”

There will be a birthday bash commemorating that 50-year milestone on Friday, Sept. 16 at Lakeview Park — just outside the museum — from 4-6 p.m. following the museum’s annual membership meeting at 3:30 p.m. While the meeting will be open to the public, only museum members will be able to vote on board matters.

As for the party portion of the evening, Combs said there will be cake, beverages and a couple of history-centric activities, one of those being the creation of a time capsule that won’t be opened until 2072.

“We thought this would be a good time, especially in light of how much the community is changing and developing right now, to just try to save a moment in time and be able to share that with the community 50 years from now,” she said.

Combs said that community members are welcome to contribute “momentos, photos and notes about what life is like in Bonner County” to the glass capsule, which will remain on display in the museum. If it isn’t filled at the party, people will be able to stop by during museum hours to continue adding to the time capsule.

Another feature of the birthday party will be an artifact-gathering contest, in which attendees are encouraged to bring an item from the 1970s with some sort of tie to Bonner County to contribute to the museum’s collection. There will be a prize for the most interesting item, and Combs hopes the contest serves as an example of how “simple and easy” it can be to help the museum preserve the past.

“It’s partly for fun and partly to help educate people about how the museum operates, and how we rely on donations from the public to build up our collection,” she said.

Another way to wish the museum a happy birthday would be to stop by the Museum Guild Gift Shop, located on First Avenue in the north storefront of the Panida Theater, on Thursday, Sept. 15 or Friday prior to the party to write a birthday message on the museum research room’s original mini fridge, which will be staged on the sidewalk with permanent markers. Combs said it is the museum’s way of bidding farewell to the trusty appliance, which is finally being replaced as part of a research room update funded by local grants.

Combs said that while considering what life may be like in Bonner County 50 years from now feels “incomprehensible,” she hopes the museum can continue to serve as a place capable of capturing everyone’s stories, past and present. The 50th birthday bash aims to be an earnest reminder of that mission.

“I think it’s a neat way that we can bring people together to share [their stories], and save some for the future,” Combs said.

Those with questions can contact the museum at 208-263-2344 or [email protected] Learn more about the museum’s mission and exhibits at bonnercountyhistory.org.