Call it the big Sandpoint budget controversy that wasn’t.

When Sandpoint City Council members announced in Juy they were considering adding a city administrator position to the roster of government employees, plenty of residents had a less than enthusiastic reaction. Many bristled at what they perceived as not just a hefty public expense—the job carries a salary of more than $100,000—but also a kind of disenfranchisement, a transfer of powers from elected officials to a permanent, well-paid position. Residents expressed frustration in letters to the editor and social media posts. 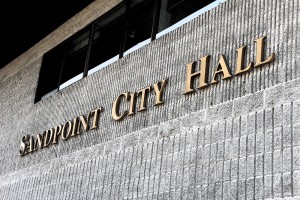 Cut to the council meeting of Aug. 19, when members conducted a final public hearing before voting on the budget. Only a handful of people attended the meeting, and no one offered any commentary on the budget or the new position—most attendees were there to request that Sandpoint formally call for a new investigation into the Sept. 11, 2001 attacks. According to Mayor Carrie Logan, the city only received a handful of official citizen comments throughout the entire budgeting process.

Public engagement may have fizzled, but the fact is that Sandpoint’s adoption of a city administrator does represent a major structural change for the way the city does business. And like every other shift in policy or governance, only time will gauge its effectiveness.

A city administrator is more than just a city planner. The position requires a highly educated and experienced individual who unifies public policy across all city departments. Post Falls city administrator Shelly Enderud describes her role as similar to that of a chief executive officer of a company.

“[It’s about] trying to grow your city in smart ways,” she said. “You don’t want to have the wrong kind of growth in the wrong places.”

Like a CEO, Enderud’s responsibilities are varied and extensive. She works with terminated city employees to determine whether or not they were justly fired. She writes grants to promote growth and minimize local costs. And she enacts economic policies to attract new businesses and jobs into the area, working as a middleman between the state, developers and business leaders. Of course, the administrator also works with elected officials to execute their policies and sometimes recommends new policy to consider.

“I think when you have the right people and the right policy in place, you have [a system] with fewer liabilities and more [productivity,]” she said.

According to Logan, the addition of a administrator takes pressure off a multitude of officials within the city. Department heads, for instance, would be able to focus on the direct management of their employees.

It also clarifies the elected position of mayor, an office with a small salary you wouldn’t expect for an effectively full-time job. According to Logan, however, she’s been running the day-to-day operations of the city, putting her in the middle of establishing public policy with the council and than managing the execution of that policy.

“[Fire Chief Ron Stocking] felt in effect I was doing the job of a city administrator,” Logan said.

This isn’t the first time Sandpoint has hired an administrator, according to former city clerk and council member Helen Newton. She said a similar position was created in the late 1970s because the mayor was a full-time pastor. The position was later removed in the 1980s due to community dissatisfaction, especially from the business community.

“That was a long time ago,” she added. “I’m not saying this couldn’t work now—with the right person.”

More recent conversations about bringing on an administrator extend back to 2007, it wasn’t until former planning and zoning director Jeremy Grimm left the city early this year that officials began serious conversations.

“In my mind, we needed to look at how best to use that position,” Logan said.

When residents first heard about the proposed position this summer, many balked at the salary it commanded. At just over $100,000 per year, the job carries more than twice the average Bonner County household income. According to Logan, those rates aren’t determined by the city—they work work with outside agencies to determine pay scales commensurate with Sandpoint’s size and the level of responsibility.

“We don’t just pull that number out of a hat,” Logan said.

According to Logan, the city funded the position with money cleared up through a reduction in payments to the Public Retirement System of Idaho for firefighter benefits. Reduced costs this year in water and sewer also freed up some money for budgeting.

Following the adoption of the budget on Aug. 19, the city published advertisements for the position. As of this Monday, they already had four applications. Logan said the plan is to evaluate candidates throughout September. If everything moves along quickly, the city could have its administrator within the first two weeks of October.

With the job search moving forward, it’s only a matter of time before Sandpoint has a new city administrator. For her part, Newton questions whether or not the city needs the new position.

“We already have eight exceedingly well-paid department heads who, in my view, are doing a very good job,” she said.

Nevertheless, she’s keeping an open mind, and she believes the success or failure of the change depends entirely on the person hired. If she had her way, however, she would add one additional requirement to his or her contract.

“I’d require that the city administrator live within city limits so [he or she] is under the same regulations as everyone else,” she said.