Better than classic Christmas movies are the Christmas episodes from the TV shows we know and love. Beloved characters reveal their holiday hang-ups, gatherings force tense relationships to breaking points and the sentimentality of the season keeps the drama high.

The following are a few of my favorites from series I’ve (regrettably) rewatched several times.

The whimsical and weird characters of Stars Hollow are on full display in this classic episode, which occurs over Rory’s Christmas break from school. It’s complete with dinner and a show at the Independence Inn, sleigh rides and great one-liners from the likes of Sookie, Luke and — of course — Lorelai. Plus, almost every major relationship in the series sees some play in this episode. The show’s writers packed a lot into this one, but it’s pretty easy to do when the characters talk this fast. 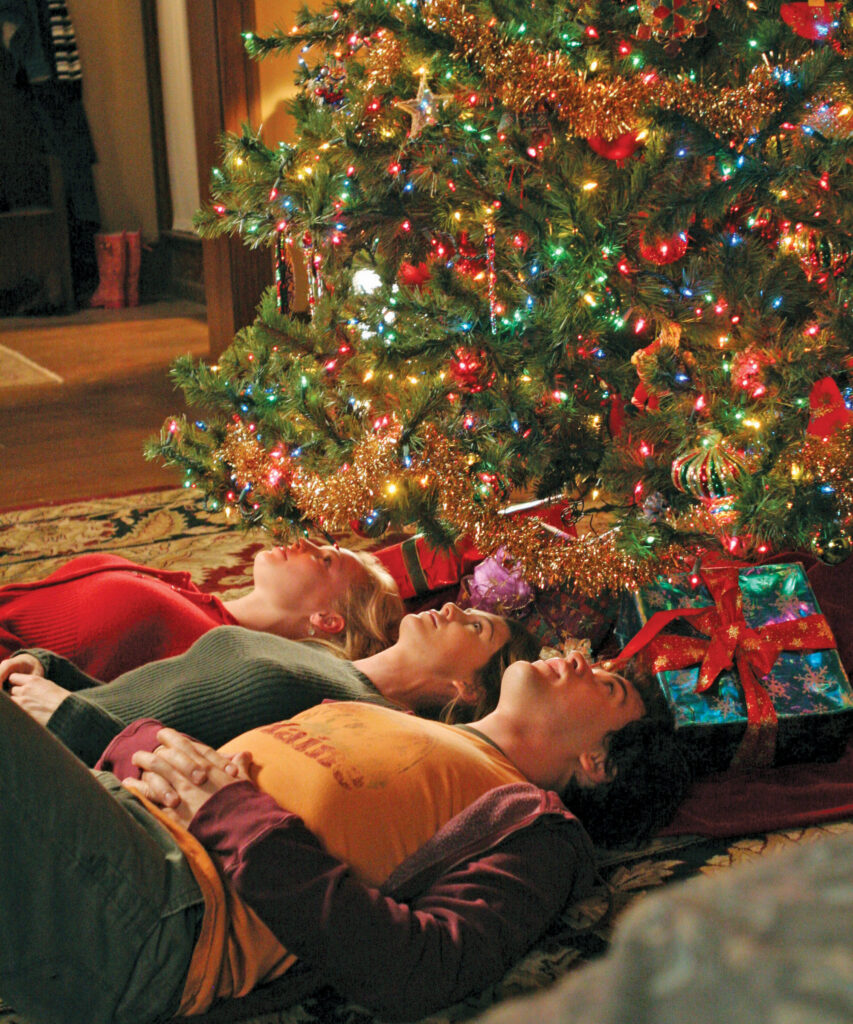 I know I’m not alone in my belief that early Grey’s is the best Grey’s. In this melancholy holiday episode, the interns are burnt out on work and personal relationships and are coping the best ways they know how — Meredith is depressing and Izzy is decorating the crap out of their house. The couple we all love to hate — Christina and Burke — have to work out some religious differences, while McDreamy’s not-so-dreamy relationship with his recently reappeared wife is on the downhill slide. What makes this episode a classic is the scene where Mer, Izzy and George all lay under the Christmas tree — disenchanted, but together.

Lily is busy decorating the apartment for Christmas when she and Ted discover a voicemail on the old message machine from when Lily left Marshall and they broke up the previous summer. As Future Ted — the narrator — retells the story to his children, he won’t repeat what he called Lily on the message machine, but instead uses the word “grinch,” which the viewer surmises must be a stand-in for “bitch” — or worse. Lily is furious, “steals” Christmas (takes all the decorations away), but friendship is ultimately restored by a thoughtful gift.

Who doesn’t love the themes of friendship and camaraderie around the holidays? New Girl is rife with those feel-goods, and especially in the Christmas episodes. This one, from Season 4, rises to the top. The gang waits for their respective flights at LAX, with Winston and Nick headed home to Chicago, Cece and Schmidt infiltrating the VIP lounge (ultimately leading to Schmidt calling a slimy rich man a “dirty ol’ bitch” for trying to make a pass at Cece), Coach agonizing over choosing a solo trip to Hawaii rather than seeing his family, and Jess headed to London to meet her very wealthy boyfriend’s family. This episode features an angry and hilarious airport employee, a thieving airport bar Santa and a seriously funny Schmidt sequence.

This episode goes down in history as a watershed moment in the Supernatural fandom, and also as the series’ only Christmas special. It owns its place as one of the show’s most memorable episodes for a number of reasons. First, something about the idea of pagan gods living among us and making under-the-radar human sacrifices tends to stick with a young viewer (i.e. me). Secondly, the flashbacks in this episode reveal young Sam and Dean spending the holiday alone in a motel while their father hunts monsters. While Dean knows the realities of their situation, it’s during these flashbacks that he finally tells his younger brother about the family business — the profession that finds them tied to chairs in the pagan gods’ kitchen some years later.