It took three decades for the family of Tammy Bristow to see a break in the investigation of her murder.

Strangled at her south Sandpoint apartment in 1987, Bristow’s case was a puzzle for law enforcement. Initially promising leads quickly pointed to a primary suspect in Fred Gauerke, but forensic lab testing eventually ruled him out. Remaining leads fizzled out and the case went cold.

More than 30 years later this June, local law enforcement announced an arrest in the case. Thanks to DNA evidence that was finally processed in 2016, police landed on a match that led to the arrest of Sandpoint man William Acosta.

For Bonner County Prosecutor Louis Marshall, the arrest was a breakthrough in a case that had stumped law enforcement officials for decades. But it’s not the only cold case he’d like to see resolved. The county prosecutor since 2009 and a deputy prosecutor before that, Marshall is haunted by a few cases that remain open. 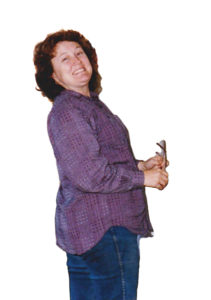 One of the most vexing local unsolved cases is the killing of Bonner General Health nurse Jodi Cooper. Hacked to death in 1992, the murder stands out as a gruesome episode in Sandpoint’s criminal history. Because Cooper and her family were well known in the community, news of her death hit hard.

“It was a complete shock,” Justin Iverson, a Sandpoint High School graduate and classmate of Cooper’s son, Jeremy, told the Sandpoint Reader in a 2017 article about the case. “It was one of the parts of high school I remember specifically. There was silence in the hallways between classes, and the teachers were willing to engage and talk with all the students about it. I think they handled that really well.”

Around 2 a.m. on the leap day of Feb. 29, 1992, Bonner County Sheriff’s deputies arrived at Jodi Cooper’s Careywood home. There, they found Jodi dead, her body scored by more than 20 wounds from a sharp weapon. Her common-law husband, Pete Crockett, was grievously wounded but managed to escape to a neighbor’s house with his young son, Kenny. EMS responders noted that one of the blows from the attack had cleaved clear through his skull, Marshall said.

“He didn’t have a good memory of the attack due to the trauma of it, so he wasn’t able to identify his attacker,” Marshall said.

An hour later, Jodi’s son, Jeremy, was found walking down a nearby dirt road. After investigators found inconsistencies in his alibi and blood spots on his clothing and glasses, the 17-year-old was charged with murder and attempted murder. But as the months wore on, the evidence gathered against Jeremy proved flimsier than initially thought, and the case was dropped.

The Cooper murder is a baffling case in many respects, Marshall said. Chief among them is the difficulty in establishing a motive. Rumors at the time indicated that Crockett might have had a marijuana grow, but Marshall doubts its importance to the case.

“This seems fairly inconsistent in my mind with any kind of a drug killing,” he said. “Normally those are done with guns, and there’s much less violence than this.”

While Marshall can’t discuss the more recent developments in an open investigation, he said there has been progress since the initial investigation.

“We recently have gone back to interview witnesses and put together timelines, and I think that the detectives have been fairly successful at that,” Marshall said. “Some of the people who are persons of interests, some of their stories aren’t consistent with what they were [in 1992]. …

“People aren’t always going to have accurate reflections when you’re going that far back, so just because your story doesn’t fully jive, it doesn’t mean we think you’re lying,” he added. “These were major inconsistencies.” 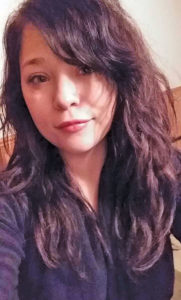 The murder of Mirissa Serrano is a more recent but no less haunting open investigation. The 27-year-old woman’s remains were discovered in 2018 at the southern end of Lake Pend Oreille after disappearing in Bonner County almost exactly one year earlier. A substantial snowpack that winter thwarted search efforts shortly after the disappearance.

A resident of Lolo, Mont., Serrano was last seen in September 2017 with Danny Neep, a man in his 60s. Neep invited Serrano to a cabin in the Lakeview area, but they didn’t stay long. According to Neep’s testimony, Serrano thought the cabin was haunted, so they drove away to sleep in his truck. In the middle of the night, Serrano simply ran away, Neep claims.

“This is obviously suspicious,” Marshall said.

Serrano’s father testified that the young woman suffered from severe mental health issues. And shortly before her death, she had not been taking her medication.

“We think this played a big part in how she died,” Marshall said.

Like most unsolved cases, the Serrano murder presents a unique set of challenges. In this case, the year between the killing and the discovery of the body present a much more difficult task for coroners trying to identify a cause of death and other critical details.

“If somebody has a bullet hole, that’s pretty easy, even if the remains have been in the woods a long time,” Marshall said. “But if it’s, let’s say, strangulation, it leaves much less evidence after a while.”

Despite the challenges, Marshall is hopeful that charges will be filed sooner rather than later. Investigators have a primary suspect in Neep, who is in custody on unrelated offenses. Meanwhile, a coroner’s inquest in May pushed the investigation forward.

“It helped us a great deal in establishing what exactly the facts were,” Marshall said.

If you have any information about either of these cases, please call Bonner County Sheriff’s Office at 208-263-8417.