The Board of Bonner County Commissioners announced March 16 that it will drop its appeal of the lawsuit against the city of Sandpoint regarding The Festival at Sandpoint’s policy banning weapons, putting a seeming end to a case that Kootenai County District Court Judge Lansing L. Haynes ruled Sept. 2 the county had no standing to bring before the court.

“Our lives and our Western traditions focus on freedom and self-reliance,” the BOCC stated in a media release announcing their decision to dismiss the appeal. “Fierce Western independence is part of the fabric of Bonner County, and that independence encompasses the right to bear arms. This is one reason why your board of commissioners challenged the gun ban at War Memorial Field.” 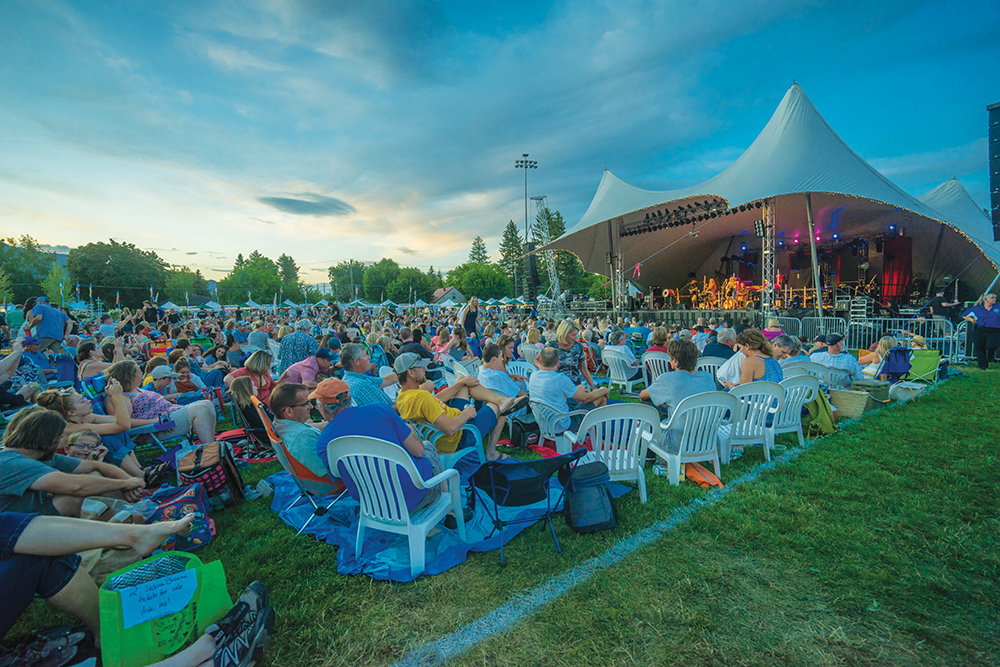 The Festival at Sandpoint, in pre-pandemic times. Photo by Racheal Baker.

The statement went on to say that the commissioners are “united” in their belief that The Festival’s weapons policy violates Idaho law by banning guns on public property. The annual concert series is held at War Memorial Field, a city-owned park. While the county argues that this means a public entity — Sandpoint — is regulating firearm possession on public land, the city maintains that in leasing the property to The Festival, all rule-making and liability is transferred to the nonprofit. The state’s firearm preemption code is unclear about how the law is meant to work when a lease is involved.

“We are thankful to have reached a resolution in this matter and we appreciate the excellent representation provided by Peter Erbland and Katie Brereton of Lake City Law,” stated Sandpoint Mayor Shelby Rognstad in a news release. “City of Sandpoint taxpayers will be reimbursed the majority of the costs incurred for the city to defend itself in a case that should never have been filed as the county and sheriff lacked standing. They would have ultimately lost the appeal and cost taxpayers even more money.”

The BOCC and Bonner County Sheriff Daryl Wheeler joined forces for the lawsuit, launched in September 2019, requesting a declaratory judgment. The county’s argument ultimately landed on public safety: How would the sheriff and Sandpoint Police coordinate a law enforcement response should pro-gun protesters gather at The Festival’s gates? Would a protest create a violent “affray”? Nearly a year after the initial complaint was filed, Haynes ruled that not only did the county lack standing to bring the suit, but Wheeler didn’t need a ruling from the court to perform his duties.

Following the decision, the county appealed to the Idaho Supreme Court, stating that because Haynes only ruled on standing, they’d continue to seek “clarity on the law.”

When asked about the appeal, Wheeler replied to the Reader in an Oct. 21, 2020 email: “I am no longer an appellant. You will have to rely on the others for your request.”

Amy Clemmons, an attorney from Davillier Law Group representing the county in the case, told the Reader in a follow-up email that Wheeler would “move forward with the court’s guidance to use his discretion,” and that “Bonner County, as the principal, is appealing the matter.”

The county changed its tune as of March 16, with the commissioners stating: “Unfortunately, the sheriff — who enthusiastically supported the lawsuit at its outset — has taken the decision not to participate in the appeal. Accordingly, the board is left with no choice but to abandon the appeal.”

As of Jan. 11, Bonner County had paid $226,352 in legal fees to Davillier Law Group specifically for work on the case. The county is also required to pay $71,206.55 to Sandpoint to fulfill a motion for costs and fees that the judge settled in the city’s favor. According to court documents obtained by the Reader in a public records request in September, the city’s fees and attorney costs totaled $93,965.55.

“Fortunately for the citizens of Bonner County, the Second Amendment Alliance has now filed a suit to obtain a ruling on the legality of the gun ban,” the BOCC media release continued, referencing a second suit brought by private citizens and gun lobbyist groups set to see a court date in April. “Hopefully, their lawsuit will vindicate the gun rights of the citizens of Idaho, and a future opportunity will arise to clarify the circumstances under which the county and the sheriff may have access to the court to obtain rulings clarifying disputed provisions of the law.”

After nearly a year and half of legal back-and-forth — with costs mounting to more than $320,000 for both sides — the message from City Hall was that it’s time for local governments to come together for the common good.

“We look forward to continuing to work with the Bonner County Commissioners in a productive manner to proactively and positively address other pressing issues, such as the impacts of significant growth in development and tourism we are experiencing in our respective jurisdictions,” Rognstad stated. “It is more important than ever that we work together to protect the quality of life and character of our community.”