20 western states and territories compete in June for first place

It’s not everyday the governor recognizes you on social media. That’s just what happened to Bonners Ferry student Cason Neal, whose artwork was chosen as the state winner for the Western Governors’ Association’s 4th annual “Celebrate the West” High School Art Competition.

Neal, a homeschooler in the 12th grade, submitted his piece “Mountain Beauty” after learning about the art contest from a Twitter post by Gov. Little a few months ago.

“I was very surprised and glad that the governor was pleased with the painting and was supporting me in the contest,” Neal said. 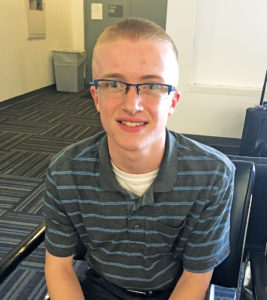 The “Celebrate the West” contest challenges participants to create an original, two-dimensional piece of artwork inspired by their state or informed by living in the West. Winning artists will receive cash prizes, as well as have their work displayed at a WGA Governors’ meeting in Colorado in June. The contest is open to 20 states and territories, with the first place winner receiving $1,200, second place $750 and third place $500, as well as $200 awarded to the remaining state finalists.

An avid birder and also a hunter, Neal chose to create a piece of art to depict the mountain bluebird, which is the state bird of Idaho. 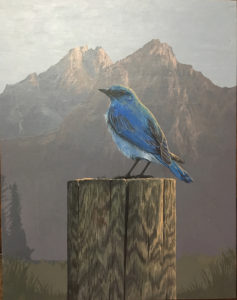 “Mountain Beauty” by Cason Neal, which was selected as Idaho’s winner in the “Celebrate the West” high school art competition.

Neal made a special point to mention his grandma, Tami Neal, as an inspiration to his work.