Beehives to bangs: Hair through the ages

Have you found yourself lately standing in front of the mirror, hoping that quarantine will last the three months it takes to flesh out a proper handlebar mustache? Have you gone crazy wrangling squirmy children while giving them lopsided haircuts? Have you taken the midnight plunge into the fraught world of bangs? 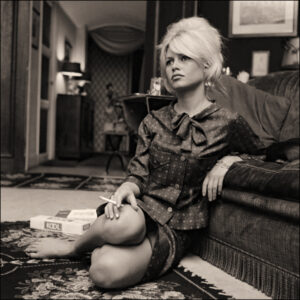 We’ve been seeing a lot of creative home haircuts in the past weeks. In an effort to distract you from the agonizing mustache wait or your fidgety children — and to give you one last chance to rethink the bang situation — we’re sharing the surprising history behind some of the most iconic hairstyles of the past.

The beehive was one of the most dramatic and accessible looks of the 1960s and is still favored as a showstopper by the likes of Beyoncé. Modern Beauty Shop magazine in 1960 commissioned Chicago celebrity hairstylist Margaret Vinci Heldt to bring life back to the stale world of hair. Heldt designed the style to fit under a particular fez she adored. When the towering look was assembled for the magazine, Margaret took the hatpin from her fez — shaped like a bee — and adorned the hairdo with it. With that, the beehive was born.

Expected to be a passing fad, Heldt was shocked by the longevity of the hairstyle’s appeal. But for millions of women around the world, she had hit upon an idea that made a statement and was actually quite easy to construct.

The beehive relies on two simple techniques: backcombing and lots of hairspray. For women who had spent hours curling their hair for the intricate hairdos of the previous decades, it was a no brainer.

Hairspray had become ubiquitous after it was ingeniously paired with the aerosol can in 1948, and backcombing, though destructive on split ends, was a fast way to achieve volume.

Another look known for dramatic volume was the facial hair popularized by Ambrose Burnside, a Union general who led several battles of the Civil War as commander of the Army of the Potomac. Thanks to developments in the art of photography, his other legacy is not soon to be forgotten: epic sideburns. Though not the first to sport the distinguished look, Burnside was incredibly proud of his facial hair, and as a prominent figure in society, the look was named after him. 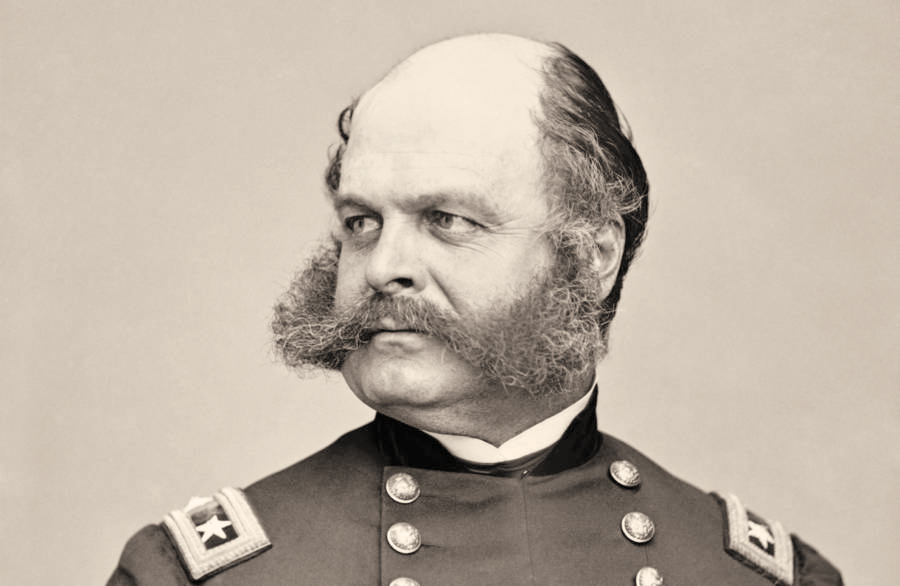 Portrait of General Ambrose Burnside by Mathew Brady, courtesy of the Library of Congress.

Legend tells that as a young cadet at West Point (and a bit of a trickster), Burnside first donned the distinctive look to skirt a rule against long beards. By shaving his chin, he was able to sidestep the rules, and he never looked back.

As many of us have discovered, there’s another common hairstyle you can’t easily go back on: the bangs. Love them or hate them, they have ridden the waves of hair history for more than a millenium. Though often thought to have originated with ancient Egyptians, thanks to depictions of Cleopatra in film, surviving Egyptian wigs merely show longer strands or braids of hair placed low across the forehead.

True bangs, cut in a fringe, were first popularized by a Persian musician and polymath known as Ziryab. He was invited as a cultural diplomat to the Cordoba court of early Spain in 822 CE and started one of the first music schools that was open to both male and female students. He took his role seriously; and, aside from influencing popular hairstyles and fashions, he also promoted hygiene practices like dental care, regular bathing and treating hair with fragrant oils.

Bangs reappear in many forms throughout history and, by the 1920s, they were cemented in our hairstyle vocabulary by fashionable flappers like Louise Brooks.

Whether you want to extravagantly style your facial hair, dye your hair with food coloring or bravely take the scissors to your locks, there’s no time like the present to experiment.

History provides thousands of do’s and don’ts for your entertainment and inspiration. Or maybe it seems wiser to wait until the salon reopens and hand your hair over to the professionals. However it turns out, don’t split too many hairs over it — just have fun.

Brought to you by the Bonner County Historical Society and Museum. Research courtesy of Helin Jung, Silk Road Rising and the American Battlefield Trust.