Jeremy Grimm, of Whiskey Rock Planning and Consulting, represented developers Tim McDonnell and Derek Mulgrew throughout the review process. He told the Reader following the meeting that “my clients are very, very pleased,” with the approval. 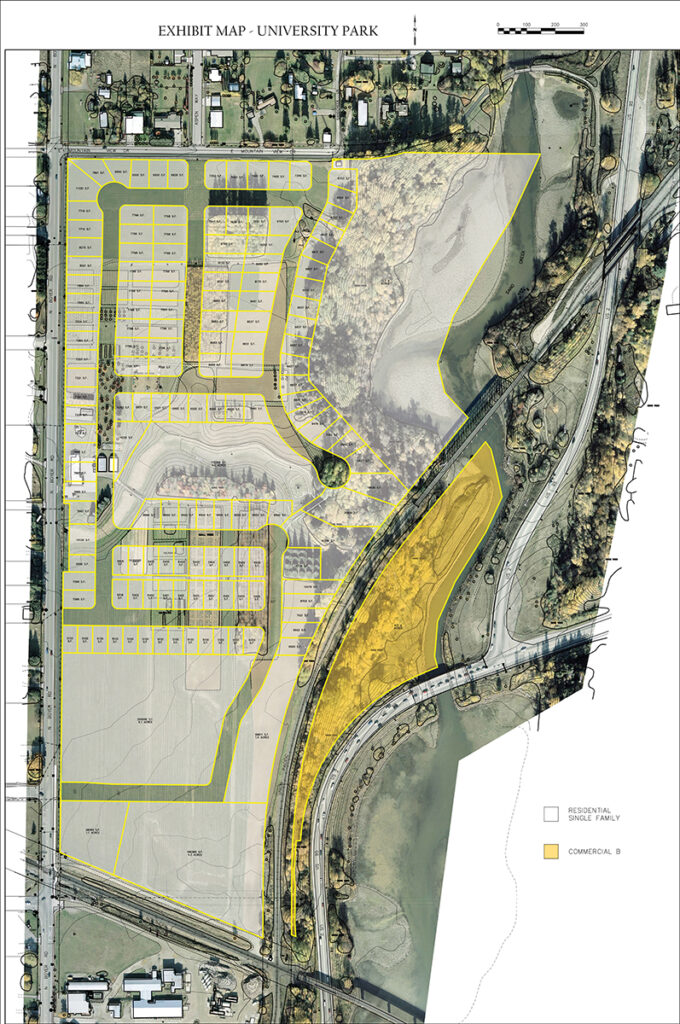 “You could see dirt turning next week,” he said.

The 75-acre development has been contentious, with the Sandpoint Planning and Zoning Commission denying the original application, citing conflicts with the city’s comprehensive plan — specifically the plan section related to “neighborhood feel” and worries over traffic-clogged streets.

At the time, at the P&Z meeting Oct. 6, officials balked at the proposal based on its size and potential for creating gridlock traffic on the stretch of North Boyer from the railroad tracks at Baldy Mountain Road to East Mountain View Road.

P&Z Commissioner Slade Kemp said in October that the project was “not consistent with the overall planning goals outlined in the comprehensive plan.”

The project — located on the last large tract of developable land within Sandpoint city limits — calls for access via North Boyer at two points in the south and one point in the north, at East Mountain View Drive.

It will proceed in four phases, planned to conclude in 2025.

Consultant Phil Kushlan told the council that changes had been made to the agreement based on previous discussions — going back to September — in which officials asked for traffic flow mitigations among other fixes.

Kushlan said that four key issues had been addressed in the development agreement: the construction timeline extending to 2025, deferment of a right-turn lane onto North Boyer from the south end of the development “until increased density or a zone change” are required, greater flexibility on the construction of a fence along Boyer — what some officials on the planning board feared would become a “plastic canyon” — and snow removal.

“That’s what you told us to do, and that’s what we did,” Kushlan said.