An interview with: Phillip Phillips

Phillip Phillips came onto the music scene after winning “American Idol” in 2012, and has since recorded three albums, the latest being “Collateral” in January of this year.

The Reader caught up with Phillips to talk about the album as he prepares to visit Sandpoint on August 11 with co-headliner Gavin DeGraw.

Sandpoint Reader: I’m sure you get this question a lot, but I thought it’d be cool to ask. You won the 11th season of “American Idol” — that had to be a crazy experience. I’m curious how that shaped your identity as an artist, but also it’s been a while, so how have you grown since then? 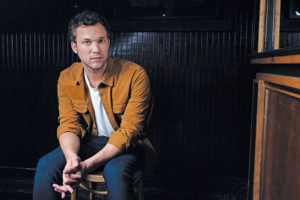 Phillip Phillips: That was a crazy experience for sure. I didn’t really know what I was getting into. My mom, she watched (American Idol) religiously, and she found out there were tryouts a few hours away, so I went and waited in line with like 15,000 other people. I was scared to death. I didn’t want to get judged and told no … I did my best, and maybe I got lucky, but it changed my life forever in a great way. It’s everything I didn’t know it would be. I dreamt about people singing my music back to me when I was kid. Now that’s it happening it’s just amazing. I just did this headlining tour (for “Collateral”) and I thought, “I hope people didn’t forget, I hope they’re listening to the new music” and then at the shows people are yelling out the deep cuts off the album. I hope I never get used to it. I hope I’m always nervous because that keeps it exciting.

SR: Speaking of “Collateral,” I’ve been listening to it a lot and I’m shocked by the breadth of it. The new album goes from blues to rock to singer-songwriter and has so much soulful sound, so I’m wondering if this album reflects a more creative or daring time in your career.

PP: I think I’m always challenging myself. This album really represents what has inspired me as a guitar player, a singer and a songwriter. I’ve always tried to show that a little bit through all the albums, because playing live after “Idol” and even before — we play blues, we play rock — we’re just a bunch of guys getting up on stage and jamming, and just having fun. That’s what playing live is for me. Every show is different, and that’s the beauty of it. This album represents that. It’s amazing musicians that have played with me in the past and these songs that I’ve written. There’s R&B, there’s a little soul, there’s blues, there’s rock, and there are more broken down singer-songwriter songs. It’s a fun album that takes you through all these emotions of what’s gone on for me these last few years, with the legal battle (Phillips filed a lawsuit against his former production company 19 Entertainment) and getting married and the good stuff that came with that.

SR: A bunch of these newer songs hit pretty hard, and that’s got to be fun to play live. What’s your favorite thing about touring on this album?

PP: Like I said, I was nervous. I was hoping people didn’t forget about me and then the majority of the shows were sold out, which was awesome — people just came out to enjoy the music. I guess I grew a fan base touring with John Mayer, O.A.R. and Matchbox Twenty and all those guys — you know, playing for people who just love live music. It’s not about having hit after hit after hit. I mean, hits are amazing and I’d love to have more, but for me it’s about the live music. I’ve heard people yelling out the words to “My Name” or “Love Junkie,” and it’s really cool to hear that. There are people listening to the whole album and not just the catchier songs.

SR: For sure. Switching gears a little bit, I heard you wrote “Dance With Me” for your wedding in 2015. That song is so beautiful, and I was wondering if you could reflect on that experience a little.

PP: Absolutely. I wrote that song shortly after I proposed to (Hannah) on Christmas Day in a house I’d just bought. I wanted to write a song for our first dance, so I teamed up with my buddy Tim Bruns. He’s an awesome songwriter. When we wrote that last line — “And when the song ends and everyone else leaves / Will you dance one more with me?” — we just high-fived. It was such a fun moment … I love that song and it seems a lot of other people do as well when I play it at my shows. It’s sort of a small song, kind of short and quiet, but it’s got a power to it.

SR: I love that. Well, last question: I think it’s safe to say people have heard your name, whether associated with “Idol” or a radio hit, but whether they know you well or not, what’s something you want them to know before you come to play Sandpoint? Who is Phillip Phillips?

PP: I’m a very nice, weird, semi-normal guy who likes to play guitar, and (the band and I) like to have a good time playing live music, so come on out and experience the nice weirdness.