Happy Fourth from the north

There’s no shortage of ways to pay homage to the USA’s birthday in our corner of North Idaho. From parades to fireworks displays to pancake breakfasts, here’s the Fourth of July 2019 lowdown in Bonner County. 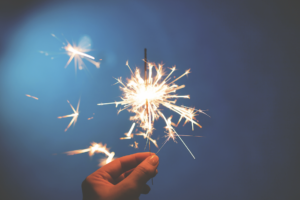 The Sandpoint Lions Club sponsors Sandpoint’s Independence Day Community Celebration starting at 9 a.m. with a free Children’s Parade making its way through downtown Sandpoint, followed by the Grand Parade at 10 a.m. Festivities then move to City Beach, where Lions Club members will sell raffle tickets — the proceeds from which pay for the holiday’s activities — from noon to dusk. Dusk brings a fireworks show at the beach.

Clark Fork’s Old Fashioned Fourth, hosted by the Clark Fork Rod & Gun Club, kicks off with the Filling Station’s Freedom 5K Fun Run at 7 a.m. (read more on page 6) and continues with a pancake breakfast at the Clark Fork Fire Station 7:30-9 a.m. There’s a VFW flag raising at Clark Fork High School at 8:30 a.m. and the community parade starts at 9:30 a.m. Once the parade wraps up, the CFHS Booster Club will serve burgers and hot dogs on the school lawn and kids of all ages can participate in foot races. Around 1 p.m. festivities move to the ball field (north of town on 10th Street) where there will be an airplane drop of certificates and freebies from local businesses, turtle races and watermelon-eating contests. The pole climbing and log sawing contests commence at 3 p.m. The day culminates with a fireworks display at the ball field.

The Hope fireworks display is launched from a barge at Kramer Marina and is visible from the entirety of Ellisport Bay on Lake Pend Oreille. Spectators simply need to find a piece of shoreline and wait for the sun to fully set.

The annual Priest River fireworks show is happening at Bonner Park West (500 Railroad Ave.) around dusk on the Fourth of July. Attendees should bring blankets or chairs to sit on.

The Laclede Community Center hosts a Fourth of July pancake breakfast 8-10 a.m. Cost is $5 per adult and $2.50 per child under 12. The town then hosts a community parade starting at 11 a.m. at the community center, and anyone is welcome to participate.

Elkins Resort on Priest Lake, located at 404 Elkins Road in Nordman, will host a fireworks display Thursday after dusk.

The Fourth of July kicks off a weekend of events in Bayview, known as Bayview Daze. Beginning with a flag raising at 8 a.m. on Thursday, the Bayview Chamber of Commerce hosts its annual Red, White and Blue Pancake Feed at the Bayview Community Center (20298 E Perimeter Road) until 10:30 a.m. A suggested donation for the breakfast is $8, and the pancakes are all-you-can-eat. Bayview Marina hosts a “Kraft Fair” Friday, July 5, and the Chamber of Commerce hosts the Bayview Daze Street Parade on Saturday, July 6 at 11 a.m. Also on Saturday is a lighted boat parade at 9 p.m. and a fireworks show at dusk. The town fills up, so the Bayview Chamber advises: “Plan on taking your time exiting Bayview!”

A special thanks to Sophia Aldous of the Gem State Miner for her help compiling this list.